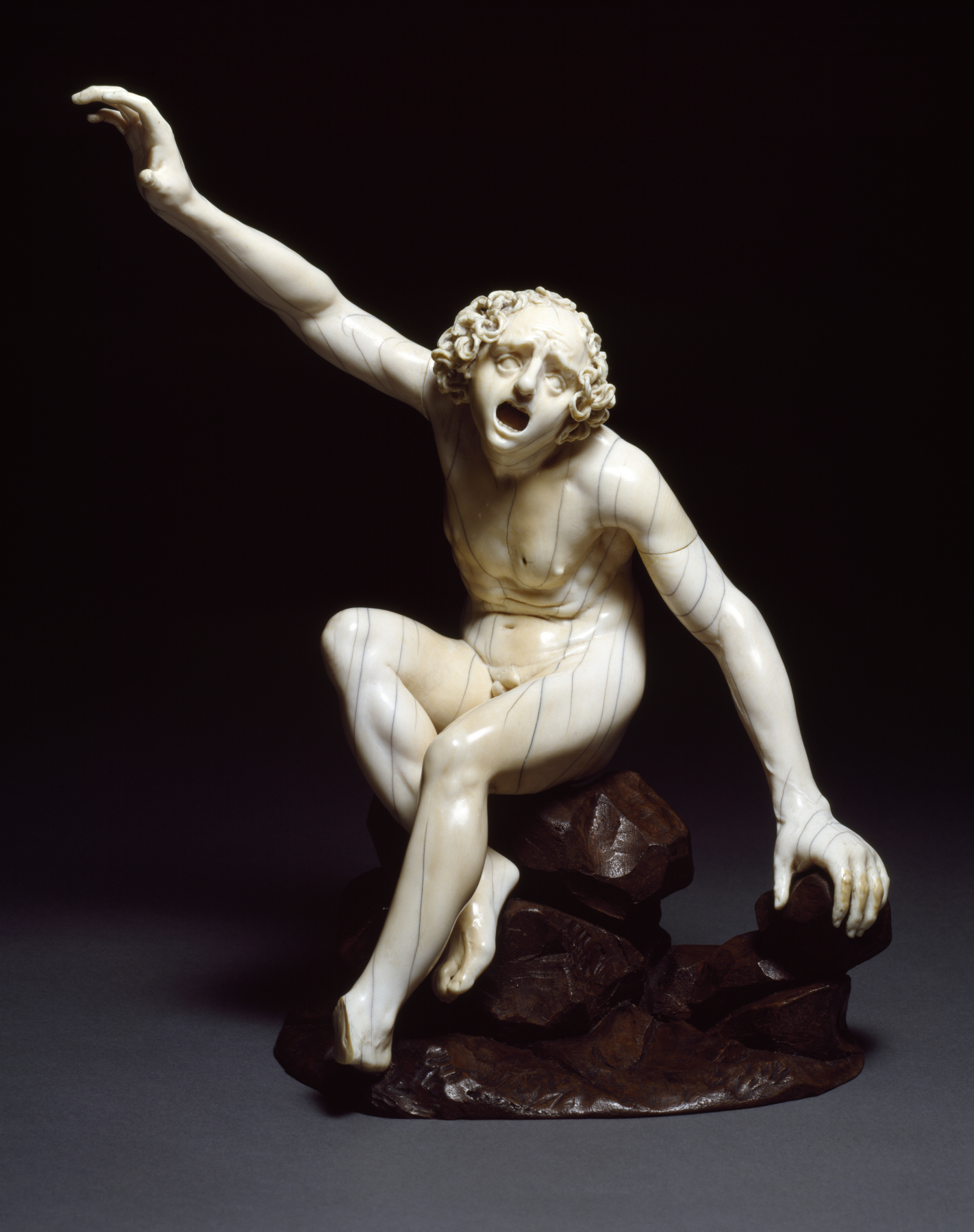 This figure is one of a group of works by an extremely talented but as yet unidentified sculptor called the "Master of the Furies" after his statuette of a Fury in Vienna. No "subject" is depicted but torment, expressed by the man's wild facial expression, elongated and outstretched arms, and writhing curls of hair, all characteristic of the master's later works, while the theatricality and exaggerated naturalism are more general qualities of German baroque works of art. The sculptor plays with the viewer's knowledge of ivory's inherently cylindrical shape and limited width by attaching auxiliary pieces of ivory to extend the figure's outstretched arms.