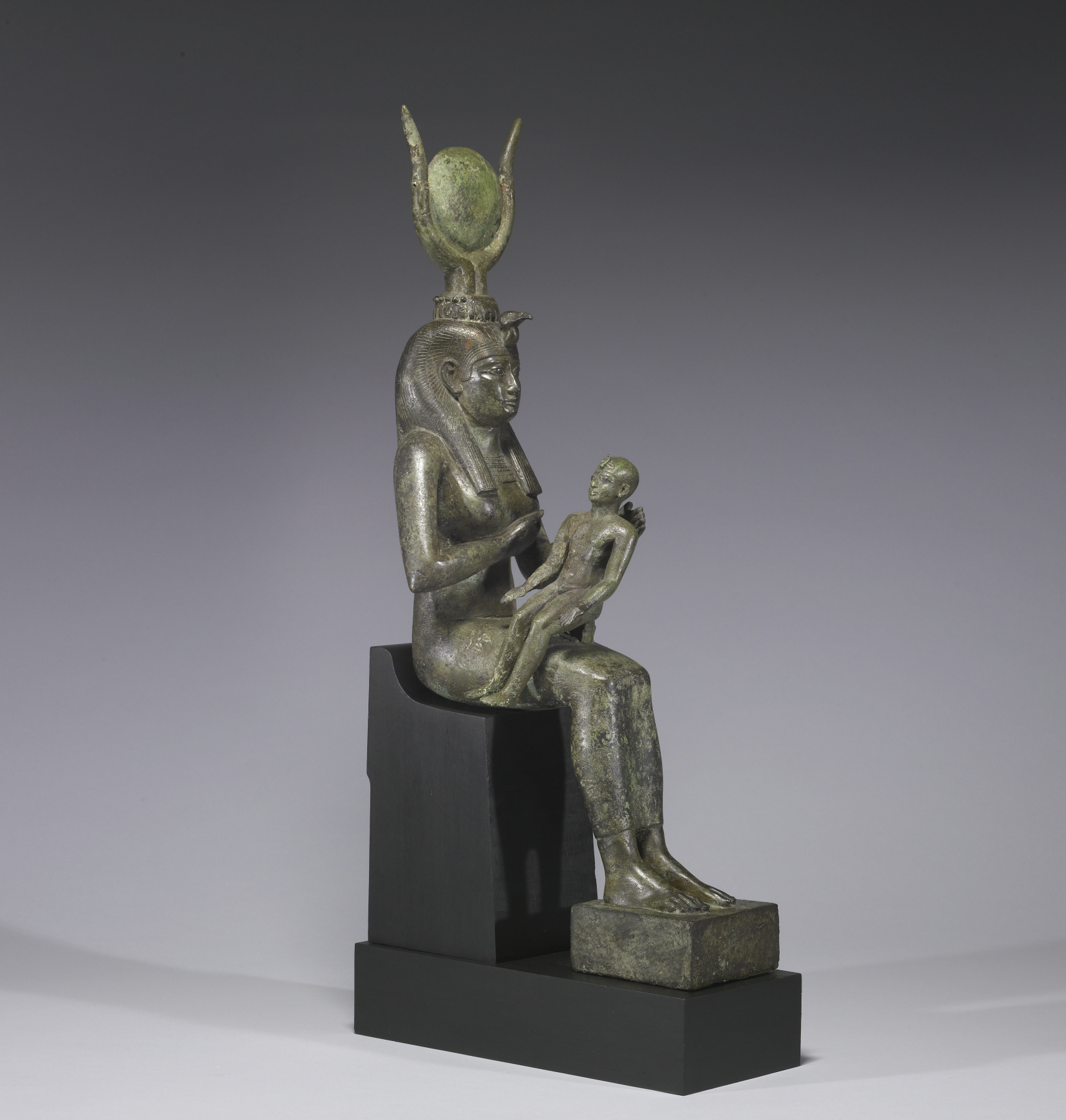 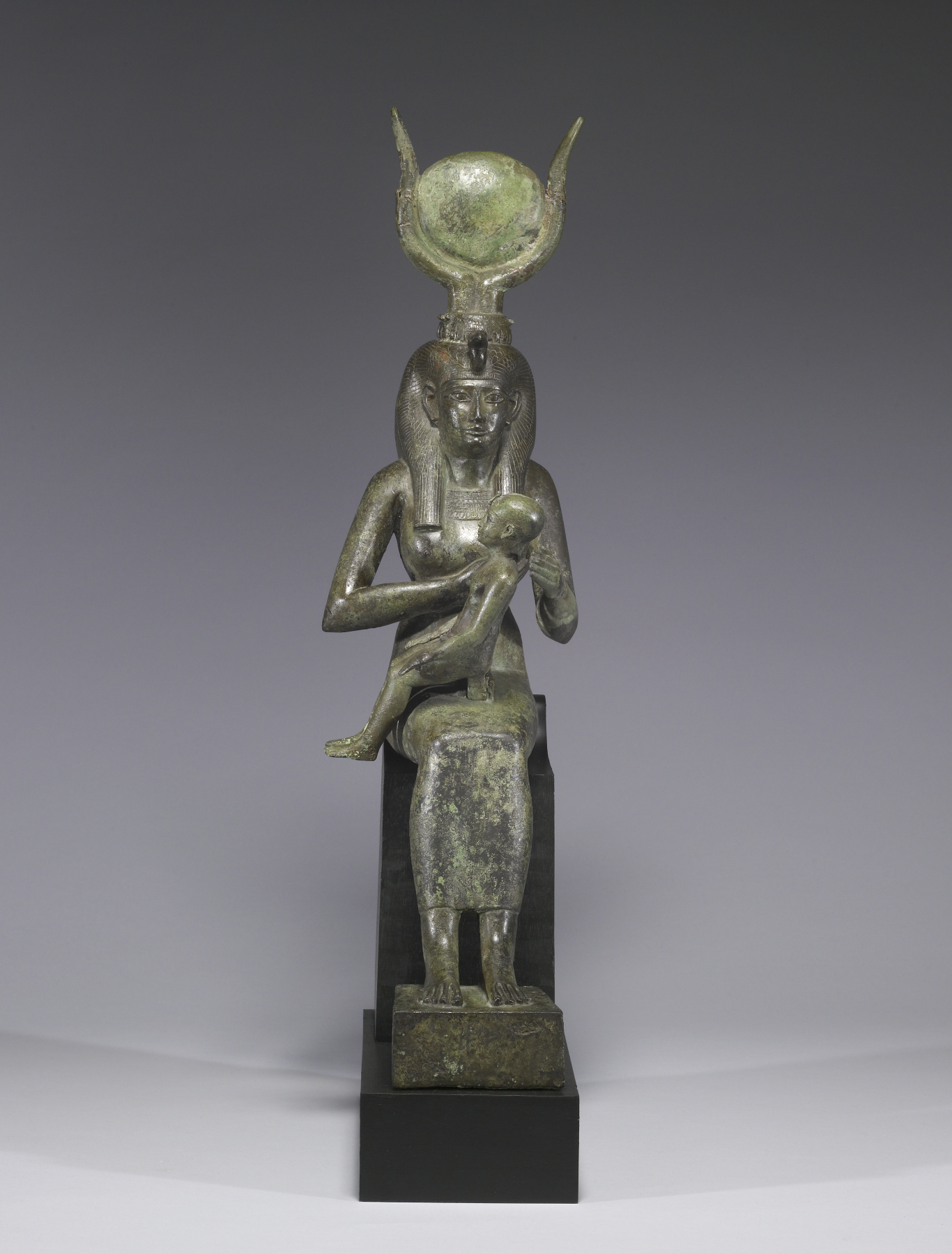 Isis with Horus the Child

For the ancient Egyptians, the goddess Isis was the model of the loyal wife and mother, as well as a powerful magician. She was the wife of the god Osiris and the mother of Horus. Just as the king of Egypt was associated with Horus in life and Osiris in death, queens of Egypt were linked with Isis, and their visual representations have similarities with the goddess. For example, both may be depicted wearing the vulture headdress shown here. The crown composed of a sun-disk and cow horns originally belonged to Hathor, but was assimilated by Isis.