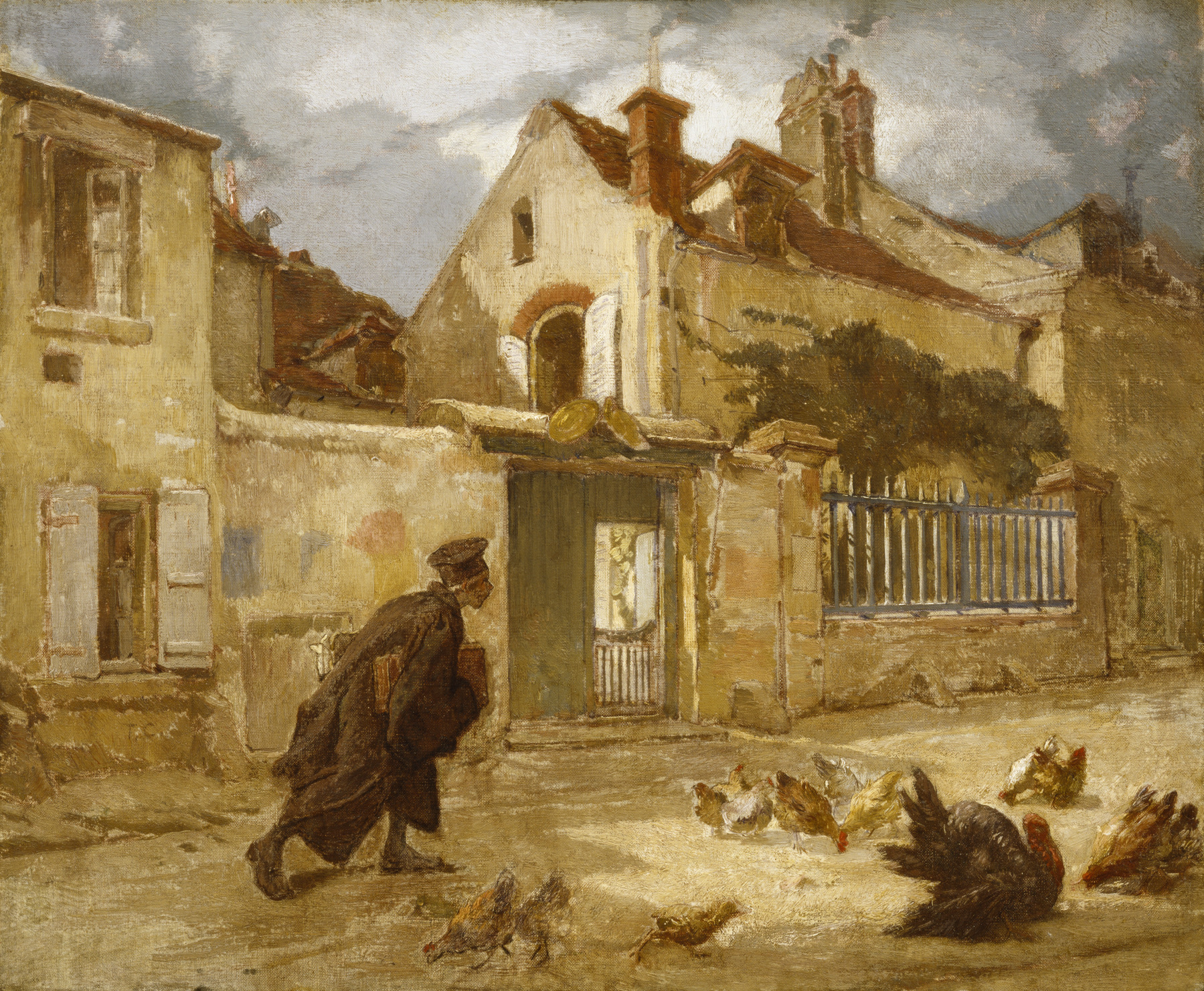 A lawyer walks up a wind-blown street, presumably in the artist's native town of Senlis in north-central France. Although he specialized in allegorical paintings, such as "Daydreams," Couture urged his pupils to select subjects drawn from contemporary life. In this scene, the choice of subject and the spontaneity of treatment recall the works of Honoré Daumier (1809-79). The painting also demonstrates the artist's use of exposed areas of white, primed canvas to lend texture and immediacy to his technique.

[1] This picture was formerly erroneously listed as coming from the Barbedienne Collection sold in Paris, 1892. No record of the painting appears in the catalogues of William and Henry Walters published as late as 1909. Edward Strahan in "Art Treasures of America" (ca. 1880, vol. 2, p. 99) notes a painting by Couture in the collection of Robert Hoe Senior, the description of which matches the Walters painting.

Acquired by Henry Walters, after 1909