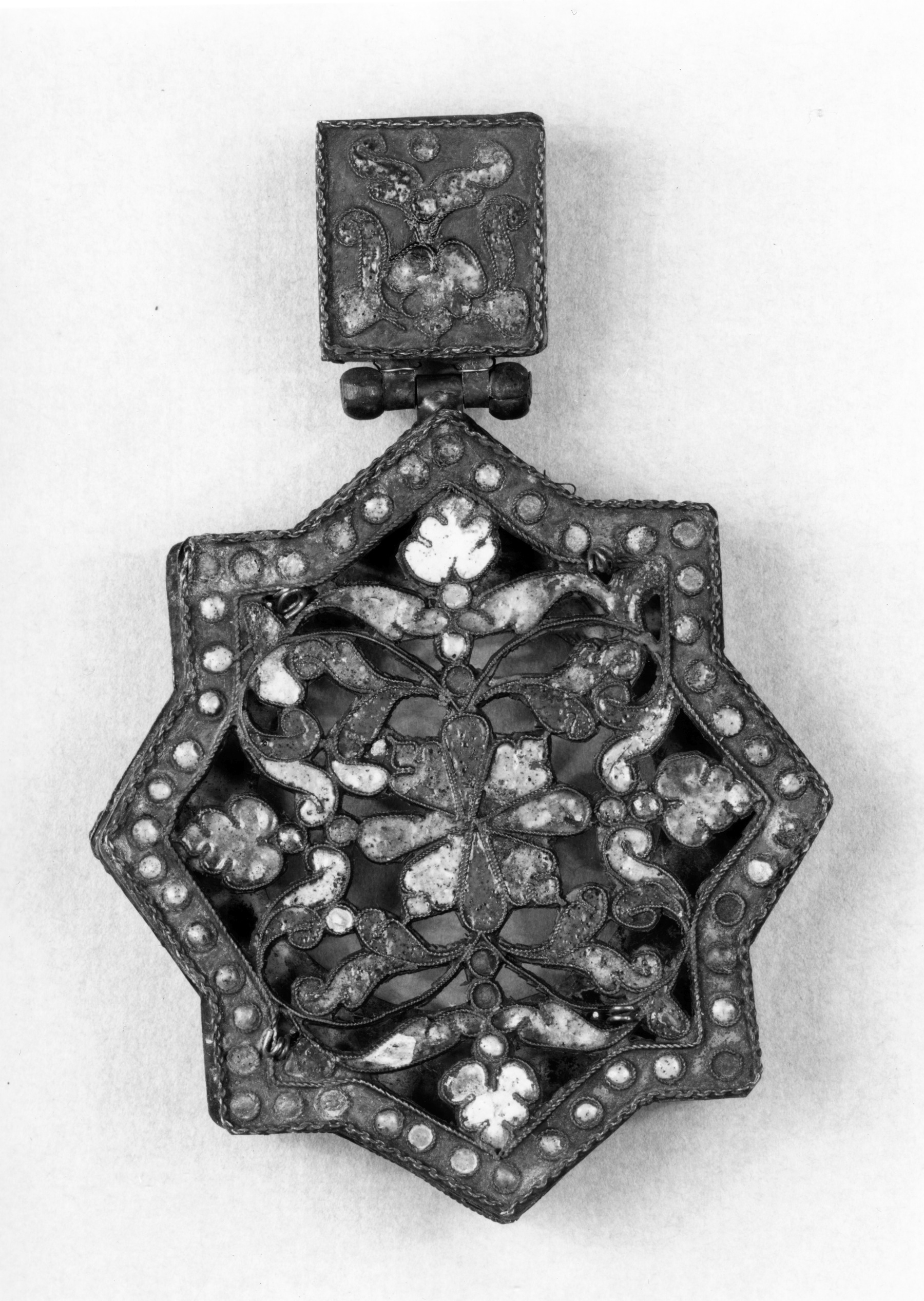 This pectoral pendant was worn by an ecclesiastic, most probably a bishop. The circular hollow on its front originally contained a carved cameo (or another similar object) with an image of the Virgin Orans or of a saint.