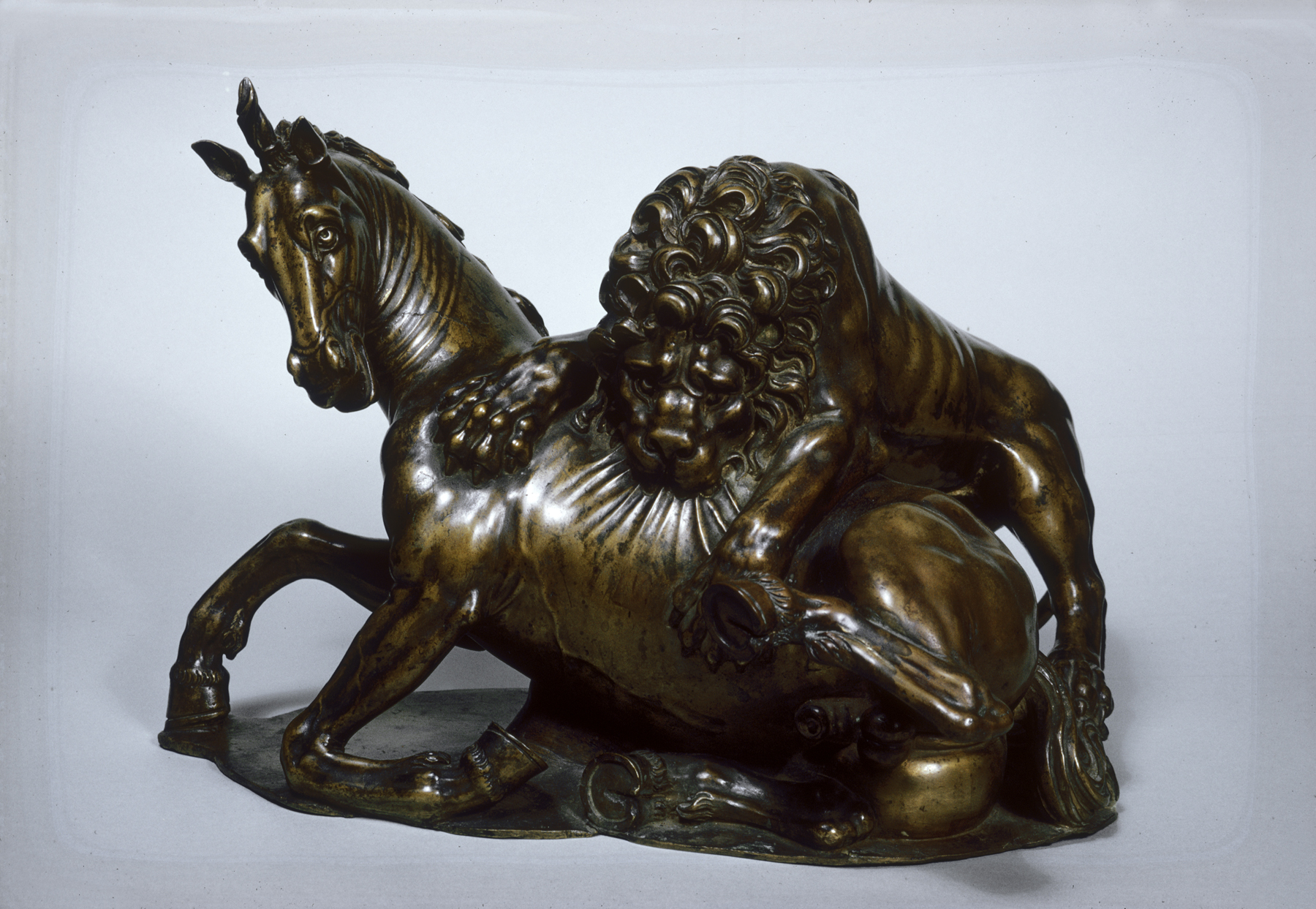 A damaged but expressive Hellenistic marble sculpture of a "Lion Attacking a Horse" in Rome (now in the garden of the Palazzo dei Conservatori) offered a challenge to artists to figure out how it originally looked. The group was restored in 1594.

Giambologna, the sculptor of Flemish origins who dominated Florentine sculpture in the late 1500s, explored the subject in models for small bronzes around 1580-1589, which proved popular and continued to be cast long after his death. Individual examples exhibit variations. At least two casts were in Flemish collections, and this one is related to a version owned by the Emperor Rudolf II (now in Vienna). However, here the horse's forelock is lengthened and twisted into a small, spiral horn, evoking the unicorn of medieval legend and therefore appealing to a collector.