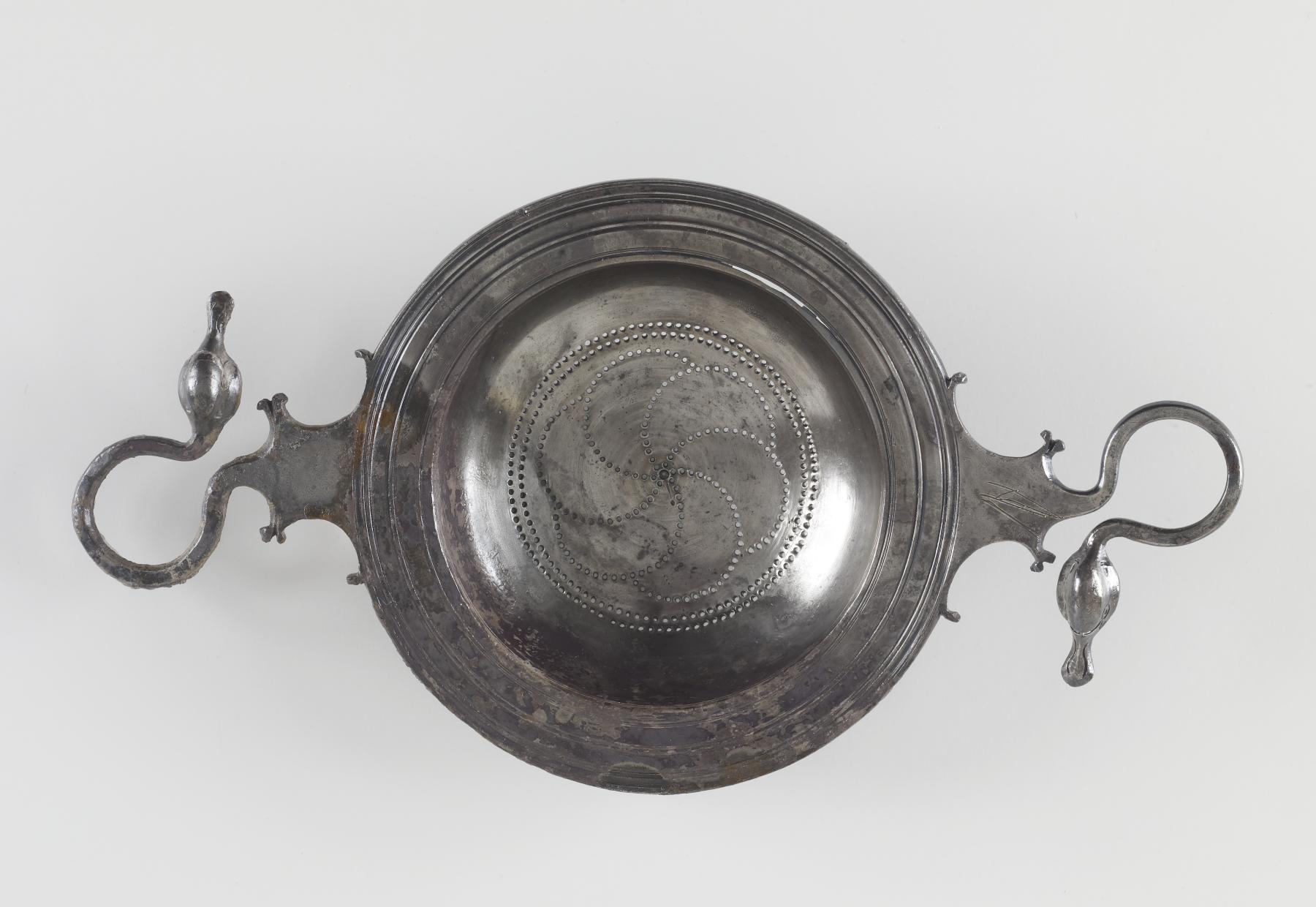 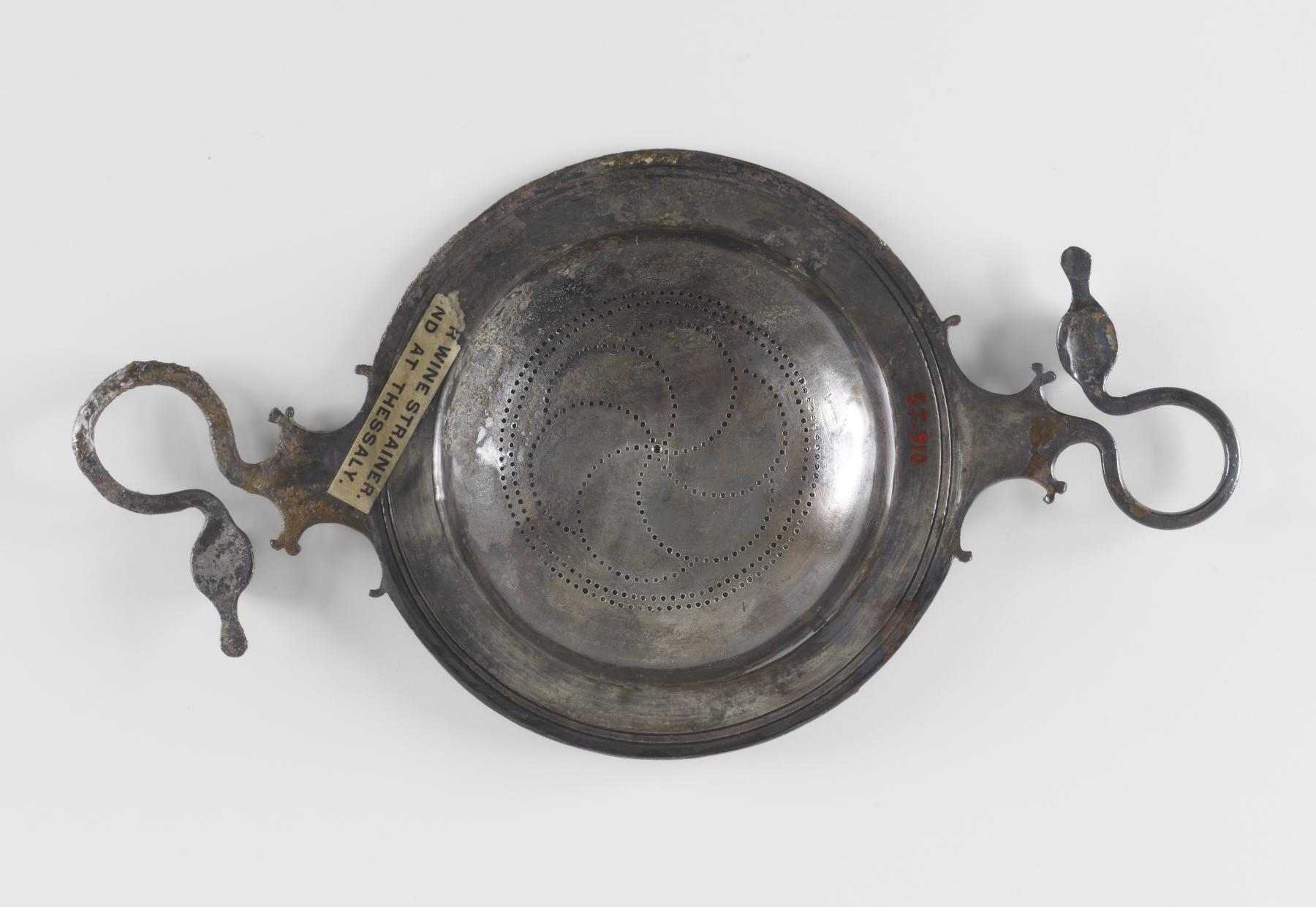 The strainer was used to remove sediment from the thick Greek wine. Examples similar to this one have been found in royal tombs in northern Greece, as well as the tomb of a monarch in the Sudan. The two handles are shaped like sinuous swan heads. 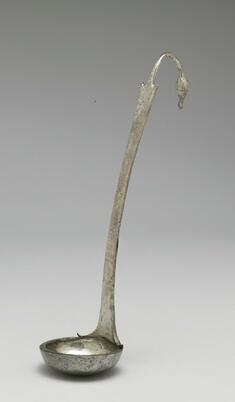