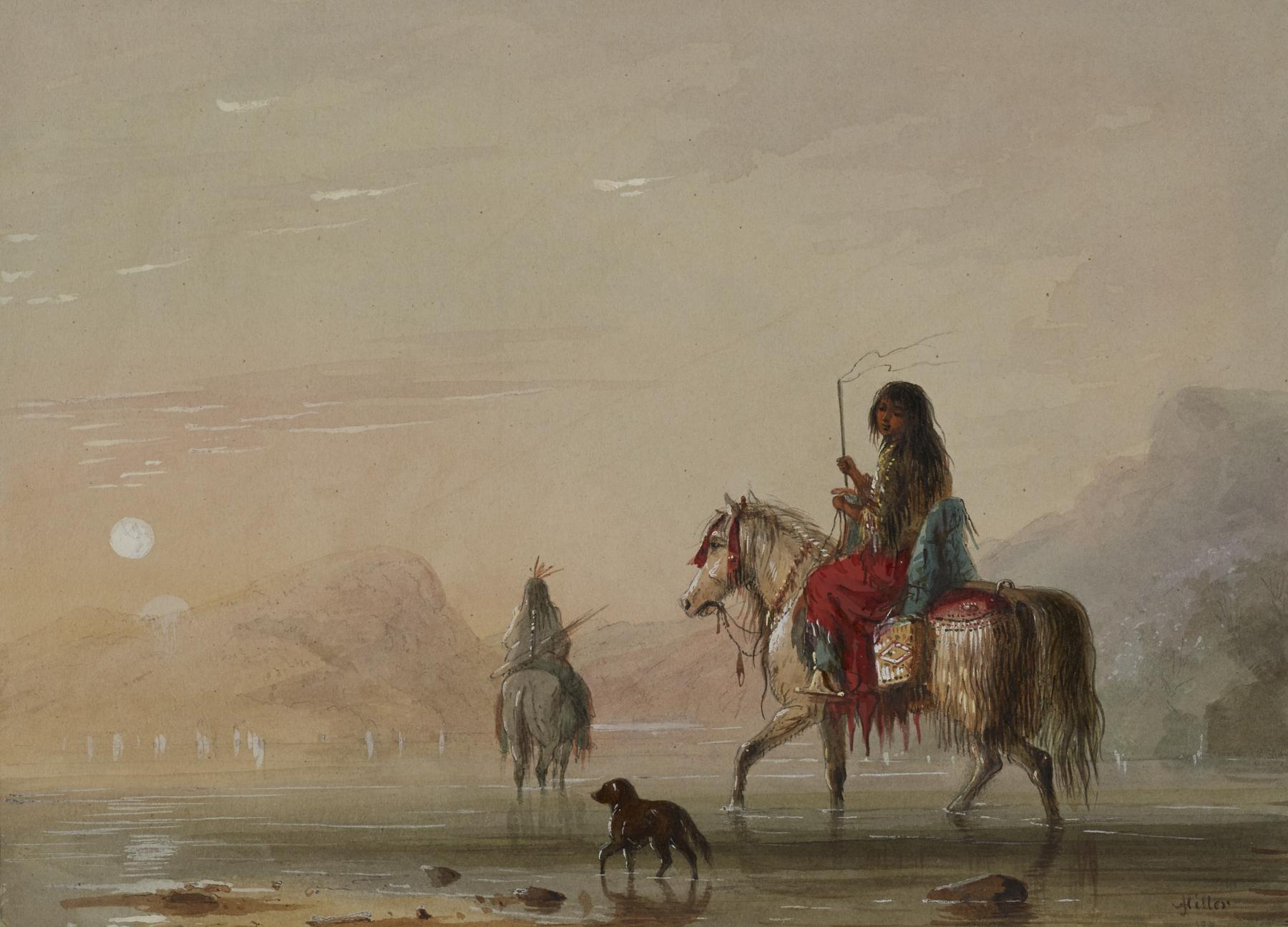 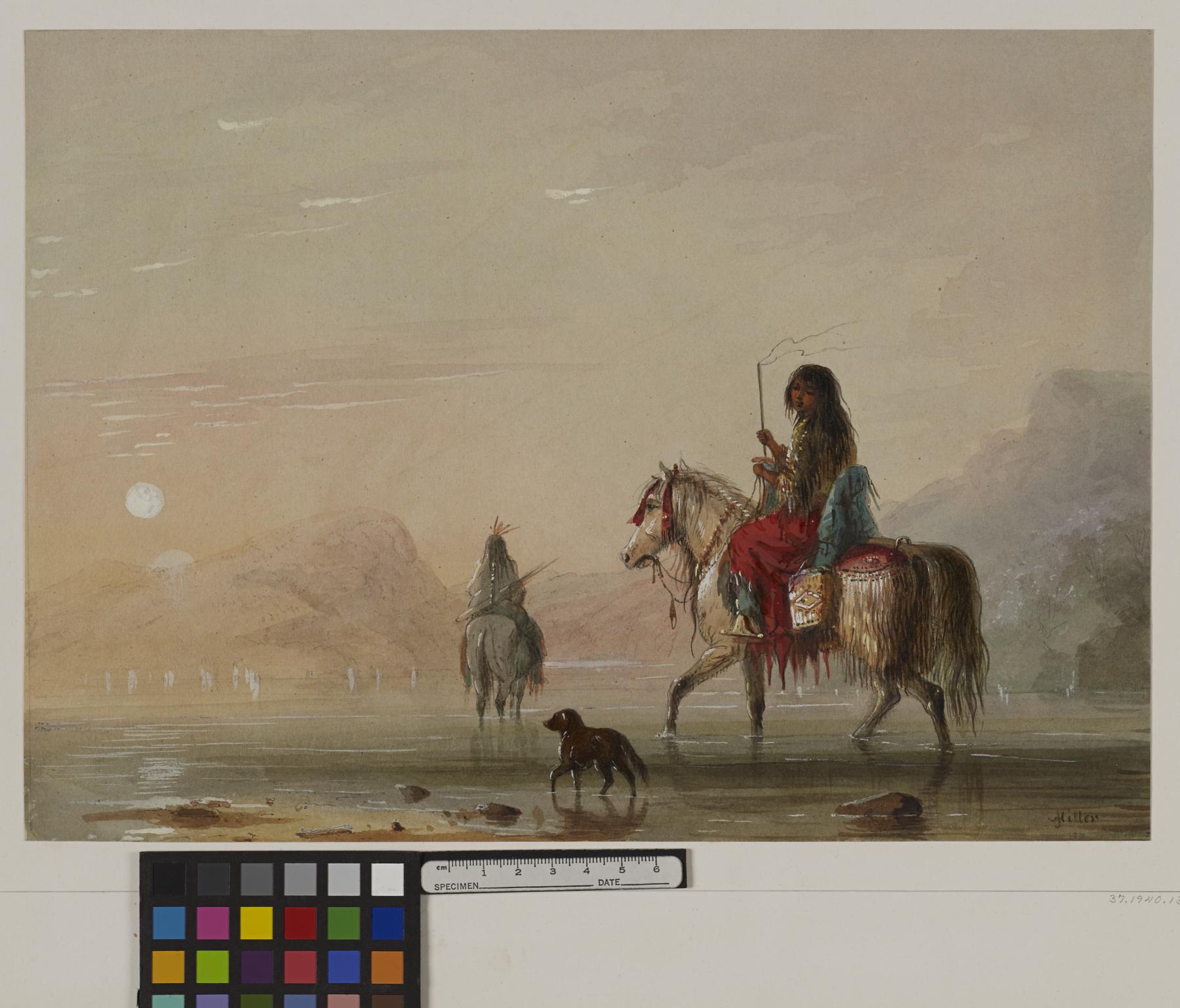 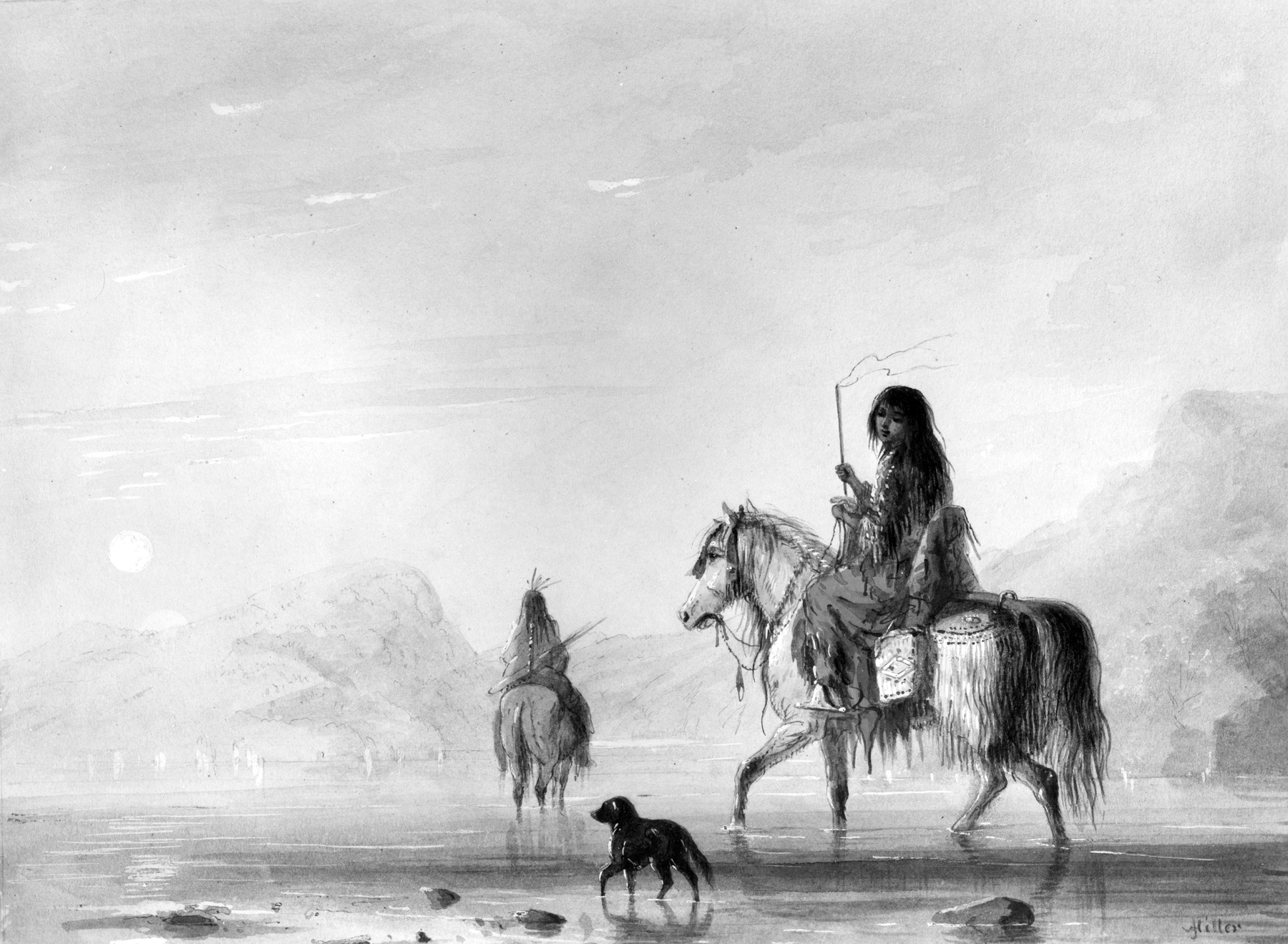 Indian and His Squaw Fording a River

"It will be perceived that etiquette among this wild people is observed with great punctilio. This poor woman would no more think fo riding alongside of the great man in fromt that of cutter off her right hand;- She looks on him as her hero, and as a condensation of all virtues." A.J. Miller, extracted from "The West of Alfred Jacob Miller" (1837).