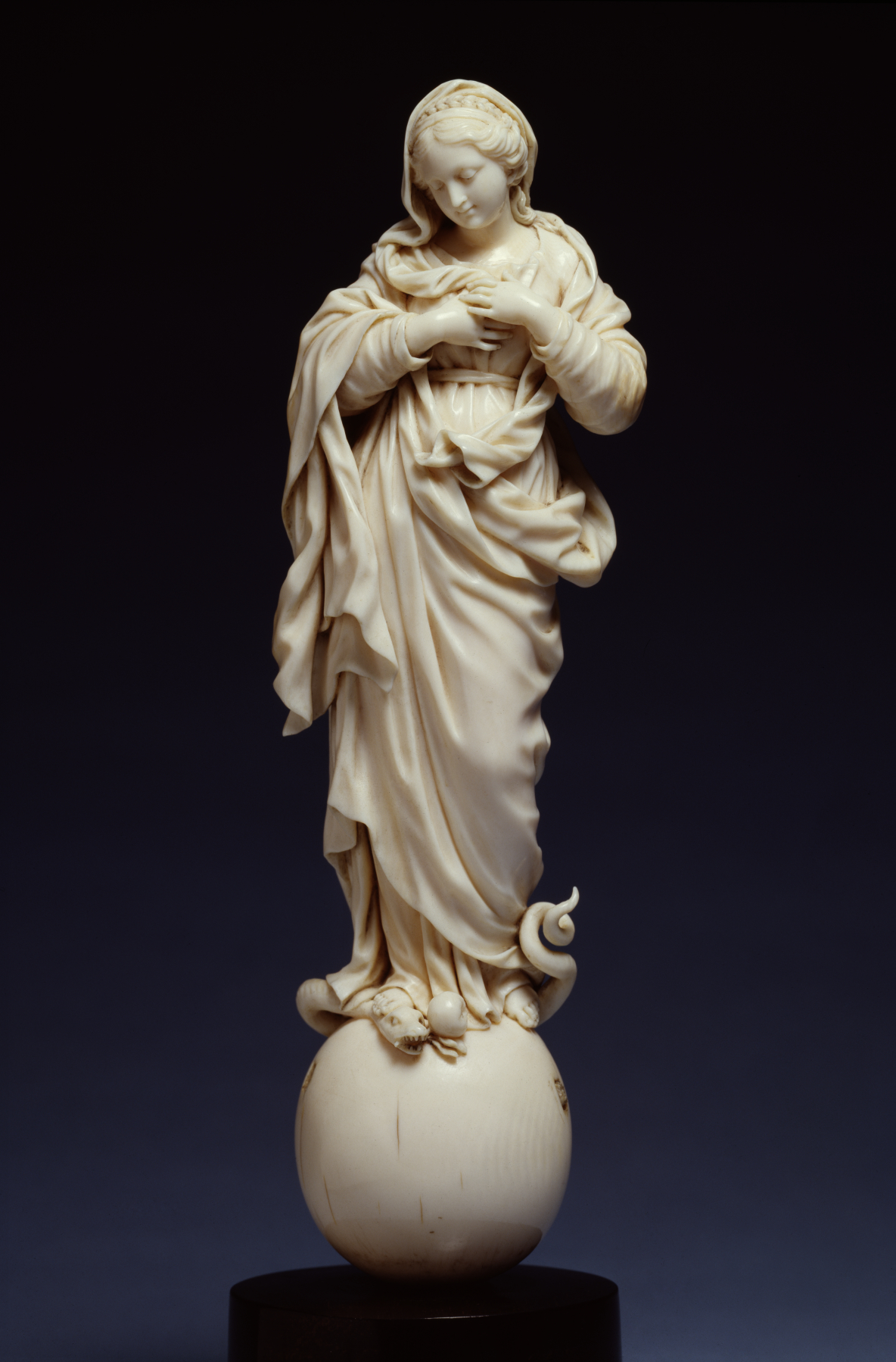 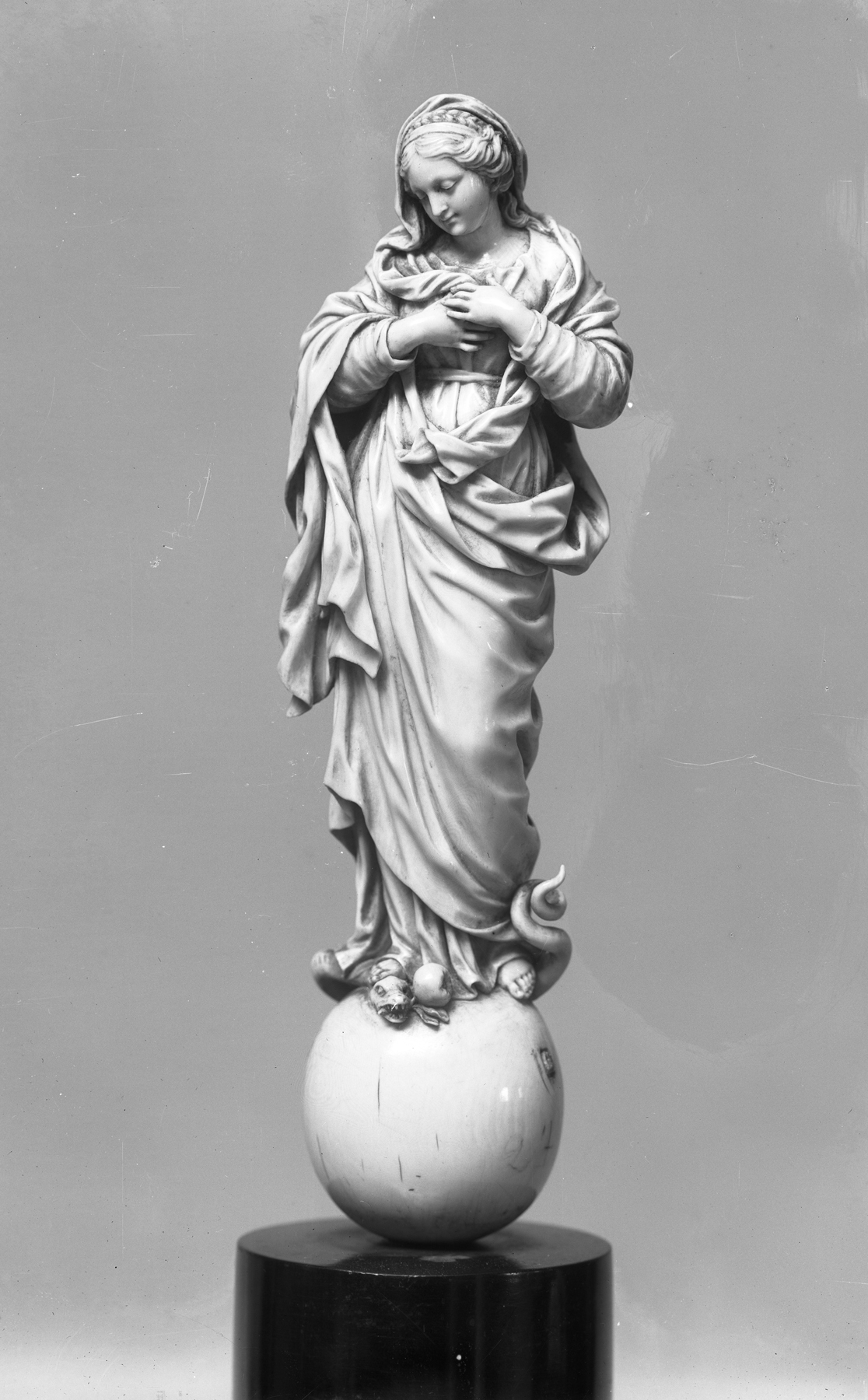 Virgin of the Immaculate Conception

The Virgin as the "Immaculata" (conceived in immaculate purity), stands on the globe of the world (originally supported by cherubs), in triumph over sin (Revelation 12), represented by the serpent that tempted Eve with a forbidden apple. The archdukes were devoted to the Immaculata. In celebration of Albert's military victories over Dutch forces and the truce of 1609, they built a chapel to her.

The subtly flowing, voluminous drapery and sweetly sensitive face are characteristic of ivory carving in Liège in the independent Bishopric of Liège, within the Southern Netherlands.