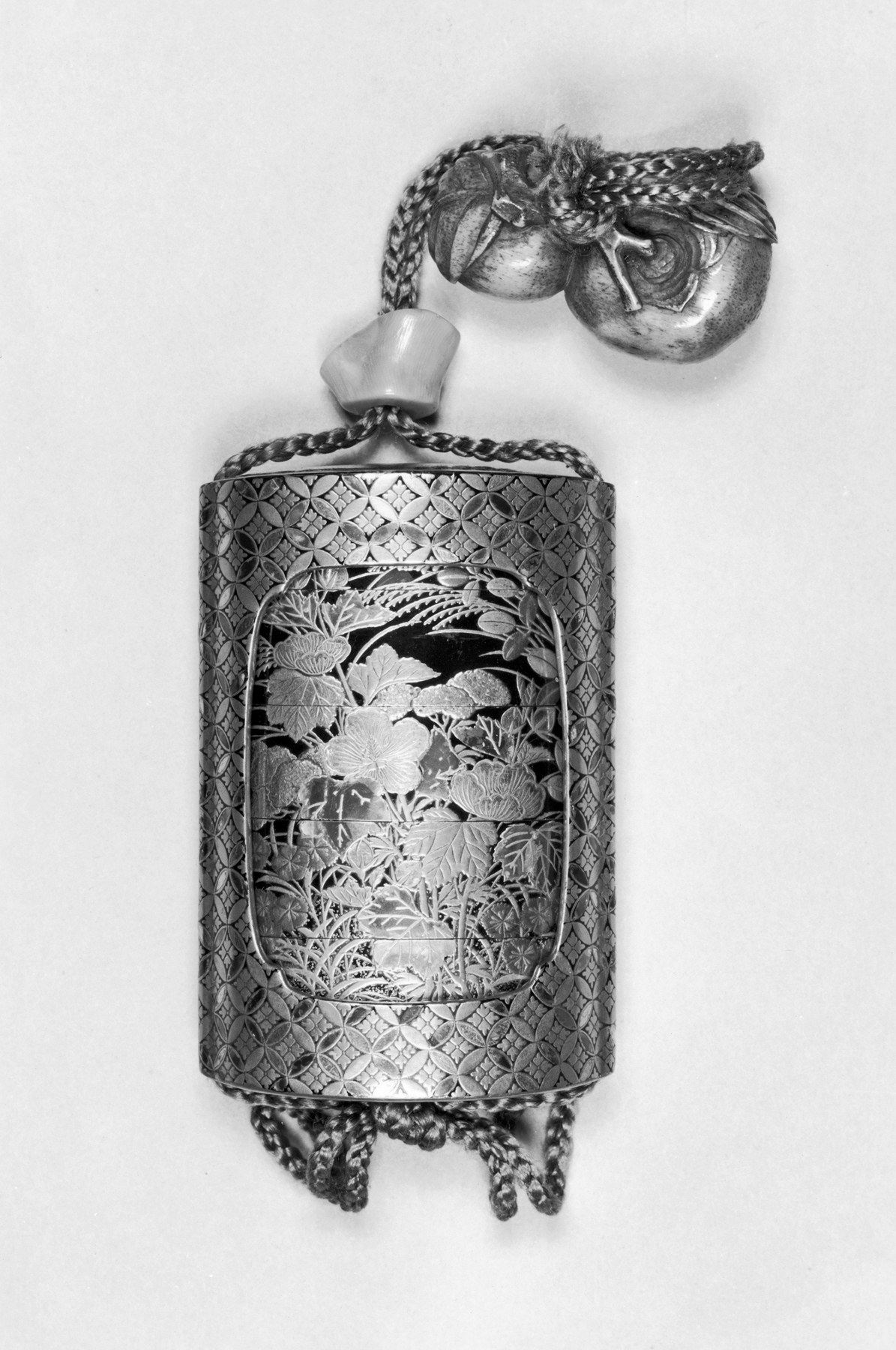 Inro with Autumnal Grasses and Flowers, with Netsuke and Ojime

A saya standard (oblong) gold lacquer four compartment inro in a sheath. The sheath with a "hanabishi" pattern. Both sides of the compartments decorated with autumn flowers and grasses - Chinese bellflower ("kikyo"), chrysanthemum ("kiku"), pampass grass, yarrow, hibiscus, and bush-clover ("hagi"). The sheath ("saya") in gold with an inlay of aogai. A background of "roiro" in black for the upper compartments and "nashiji" for the lower. The interior with "nashiji" and "fundame." The cord channels are external with an ojime (button) of coral branch. Together with a carved ivory netsuke of two persimmons ("kaki") with an inscription on the bottom.