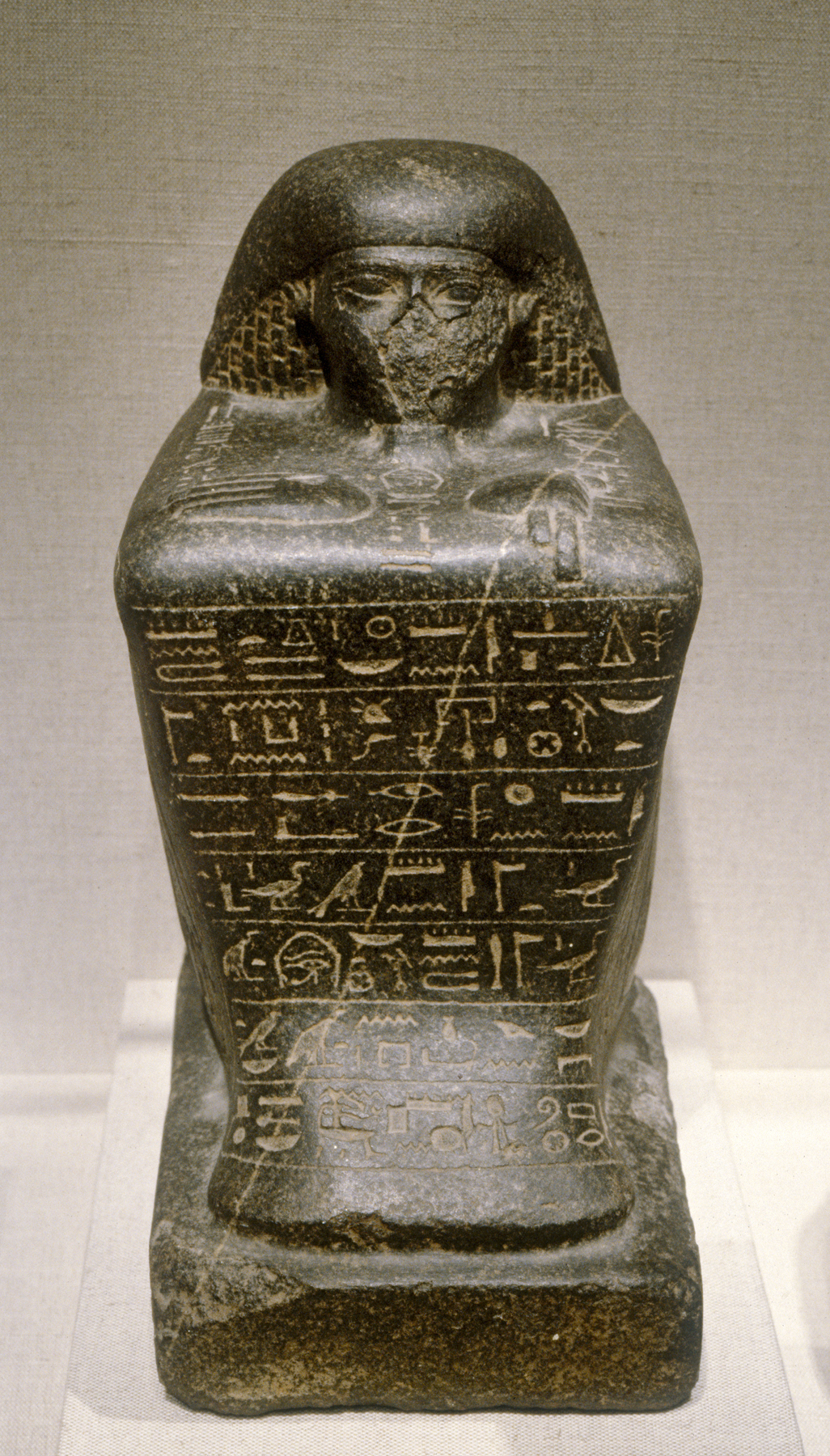 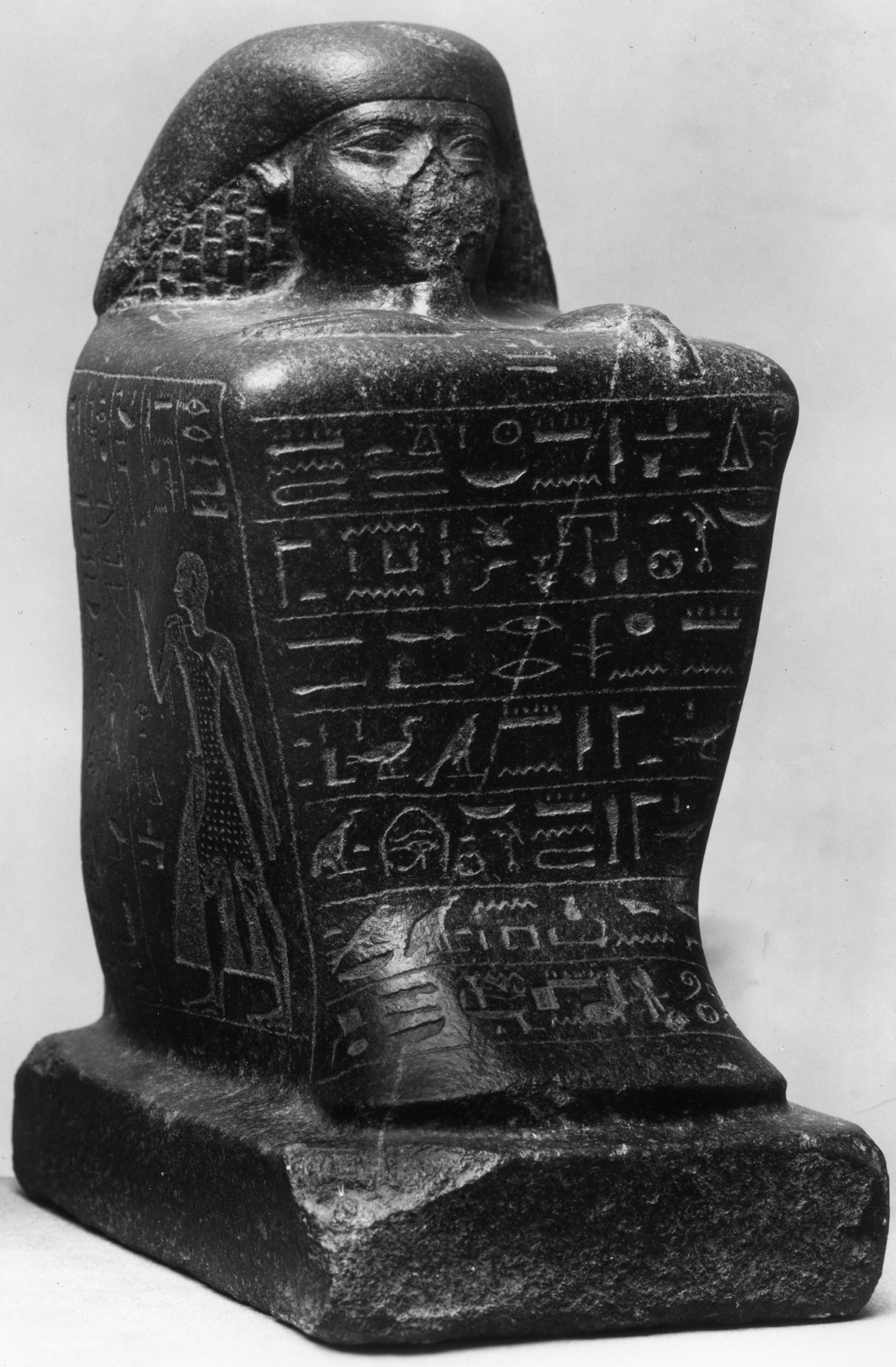 Most non-royal statues of the 25th Dynasty were dedicated in temples during the owner's lifetime. They also served a funerary function, perpetuating the donor's name. Offerings continued to be made to the statue long after the owner's death. Irj-aa, a priest of Amen, is shown wearing a double wig, a style fashionable in the New Kingdom. The statue type and wig demonstrate how 25th Dynasty artists drew on earlier periods for inspiration. On the left side of the body is a carving of Irj-aa adoring the Osiris symbol of Abydos, the god's burial place.