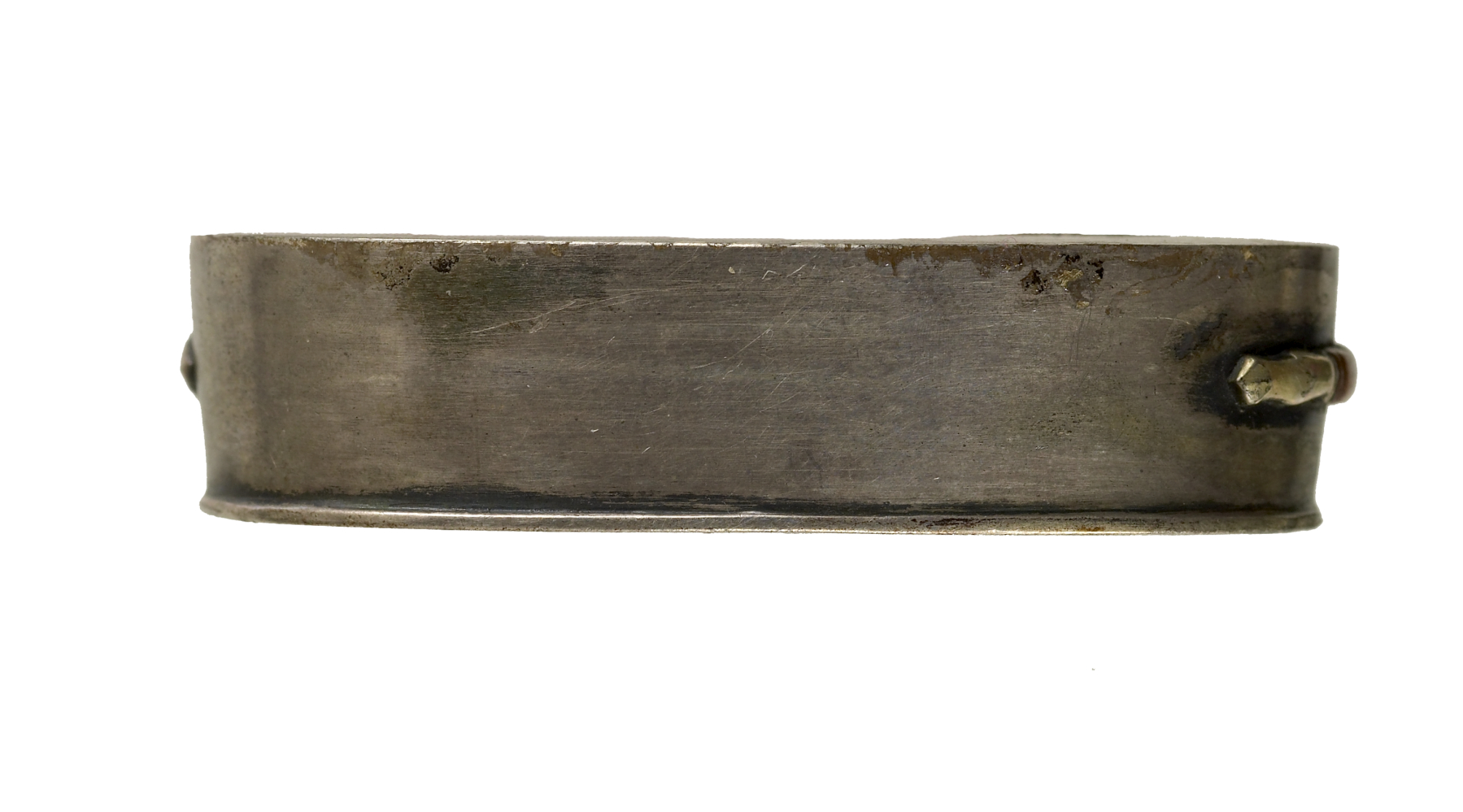 Fuchi with Halberd and Signaling Fan

A halberd is depicted along the horizontal length of the fuchi. In the center is a signaling fan ("gunbai") used by commanders to communicate with their troops during battles. This is part of a set with Walters 51.1045. 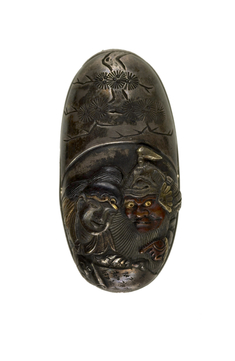