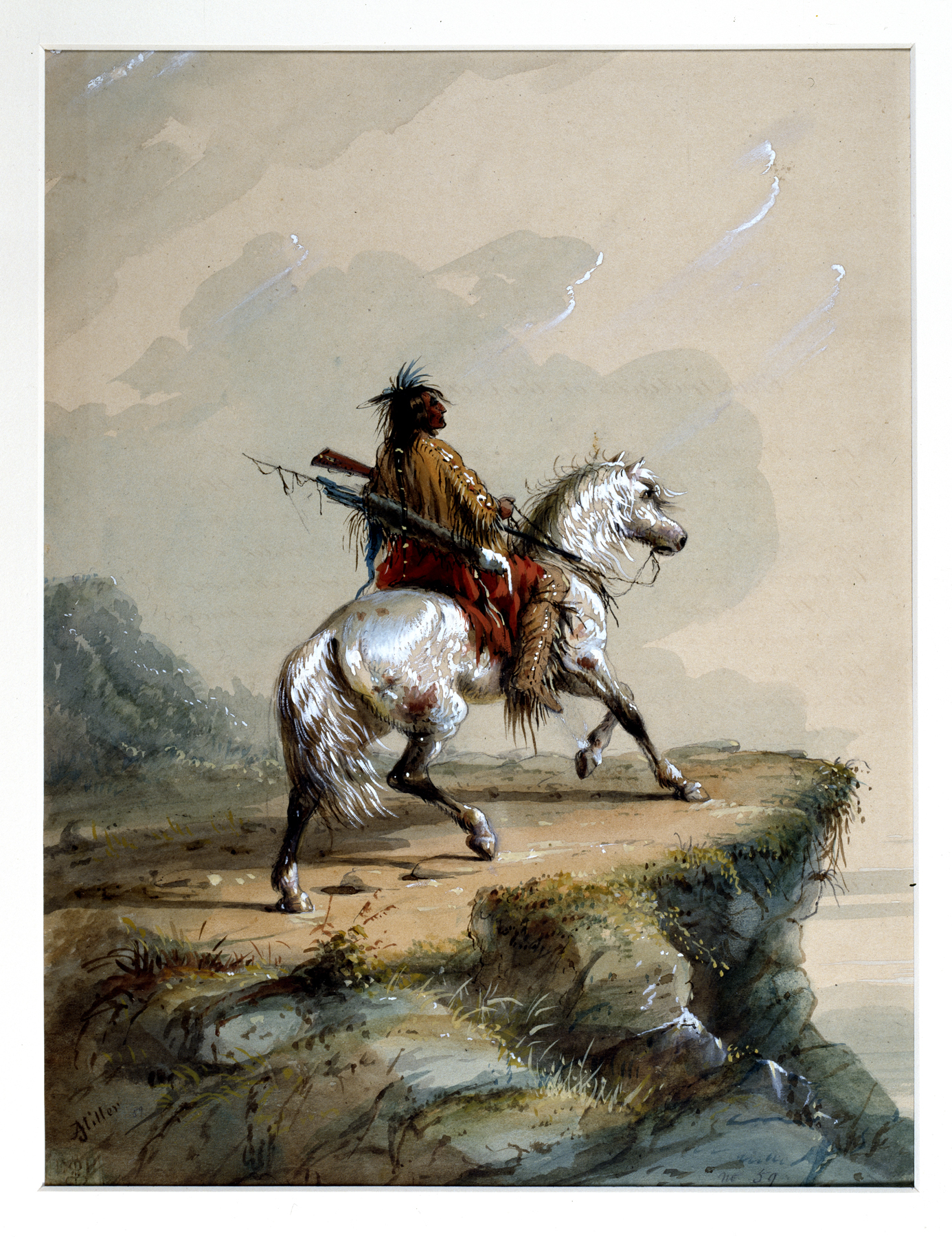 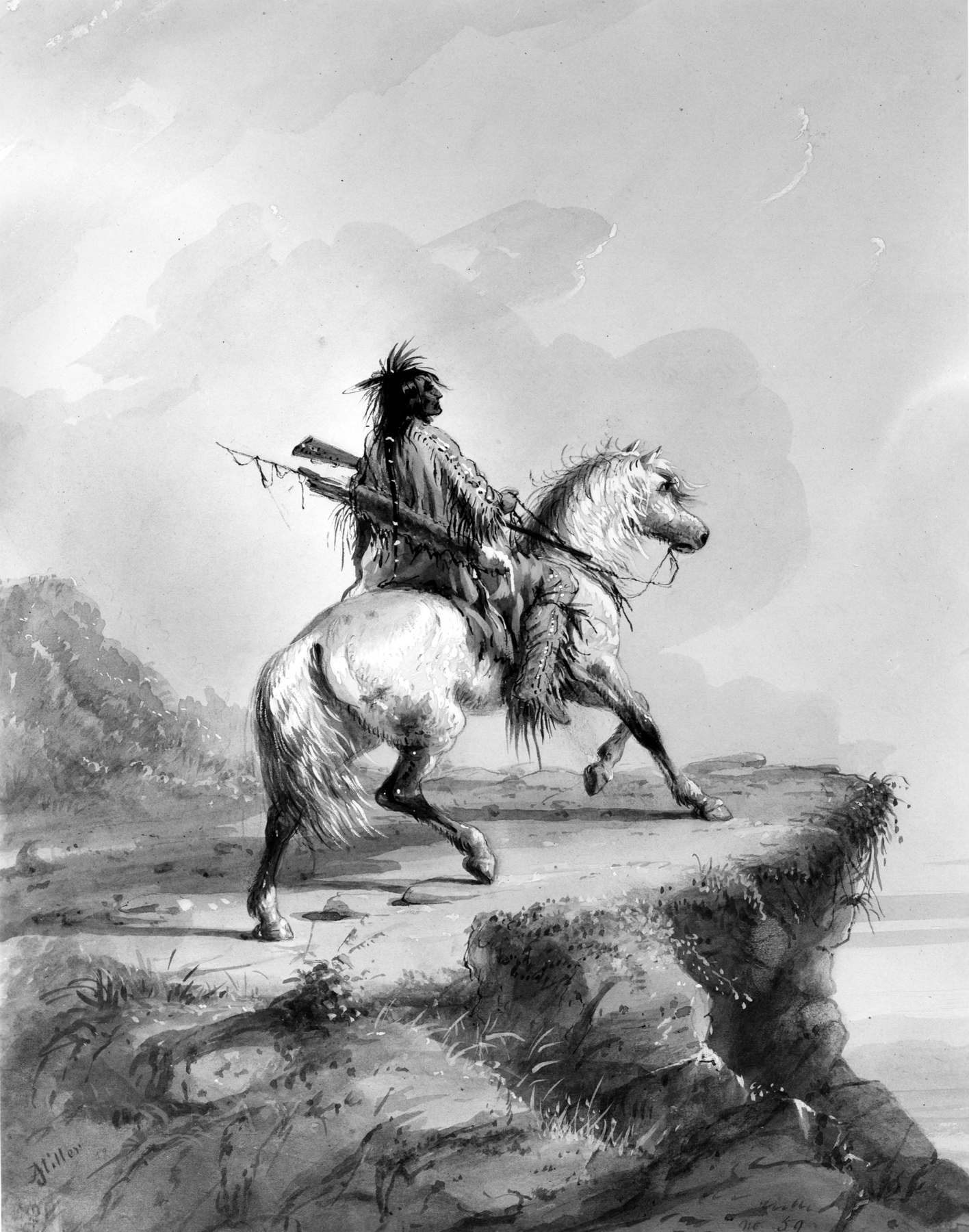 Crow Indian on the Lookout

"From the bluffs, as from an observatory, the vigilant Indian overlooks the prairie far and near. His cunning eye sweeps the horizon in all directions & from long practice he discerns an object (like the sailor on the ocean) much sooner than an ordinary observer. He marks in what direction game is to be had, the approach of an enemy or emigrant train (all being fish that come to his net). He balances the chances if the latter, and uses his discretion whether to send out his warriors or not, for he will not give battle without the odds are greatly in his favor. In collision he asks no quarter, nor expects any, but has an intense admiration that 'to the victor belongs the spoils' and carries it out to the last letter." A.J. Miller, extracted from "The West of Alfred Jacob Miller" (1837).