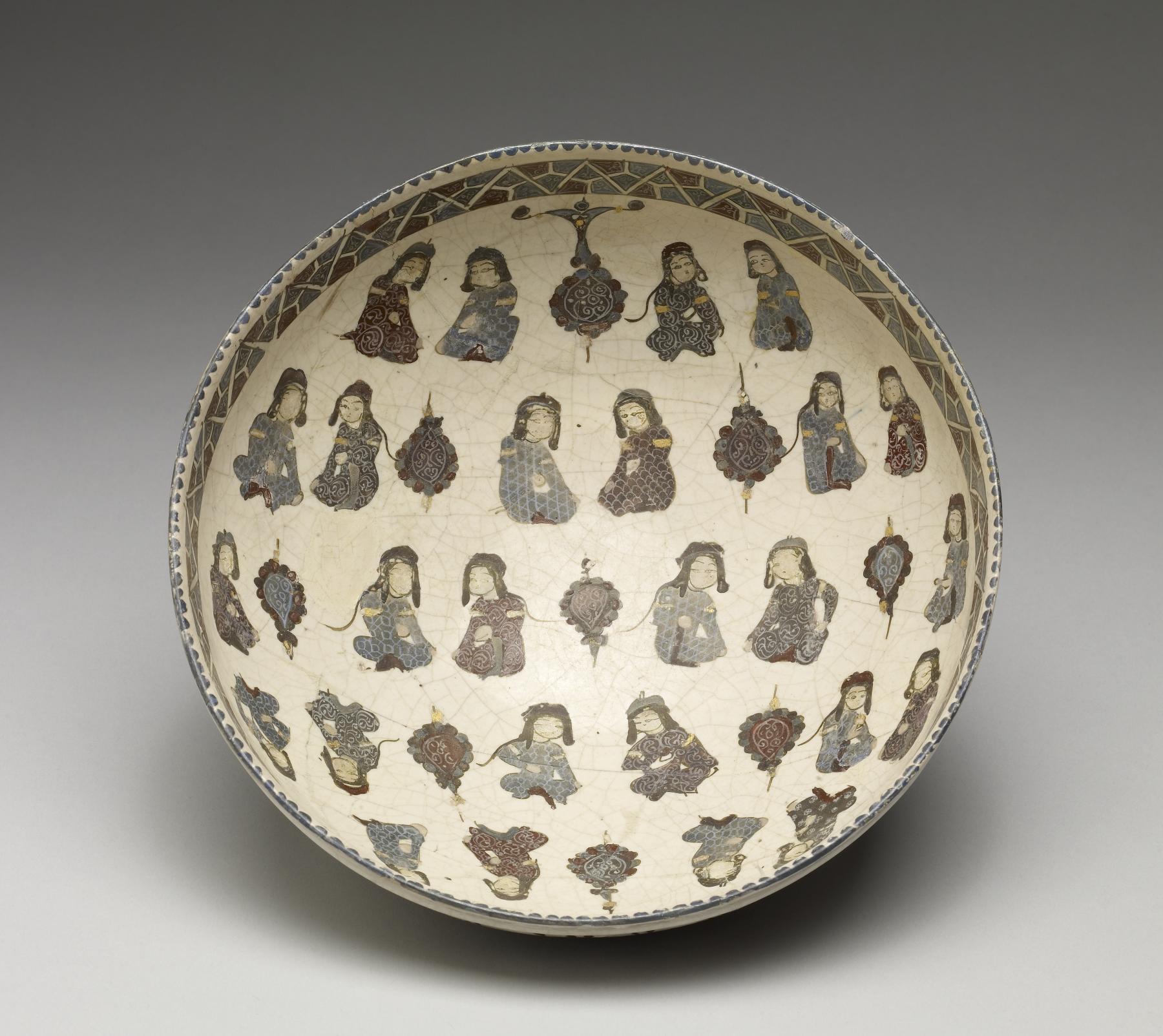 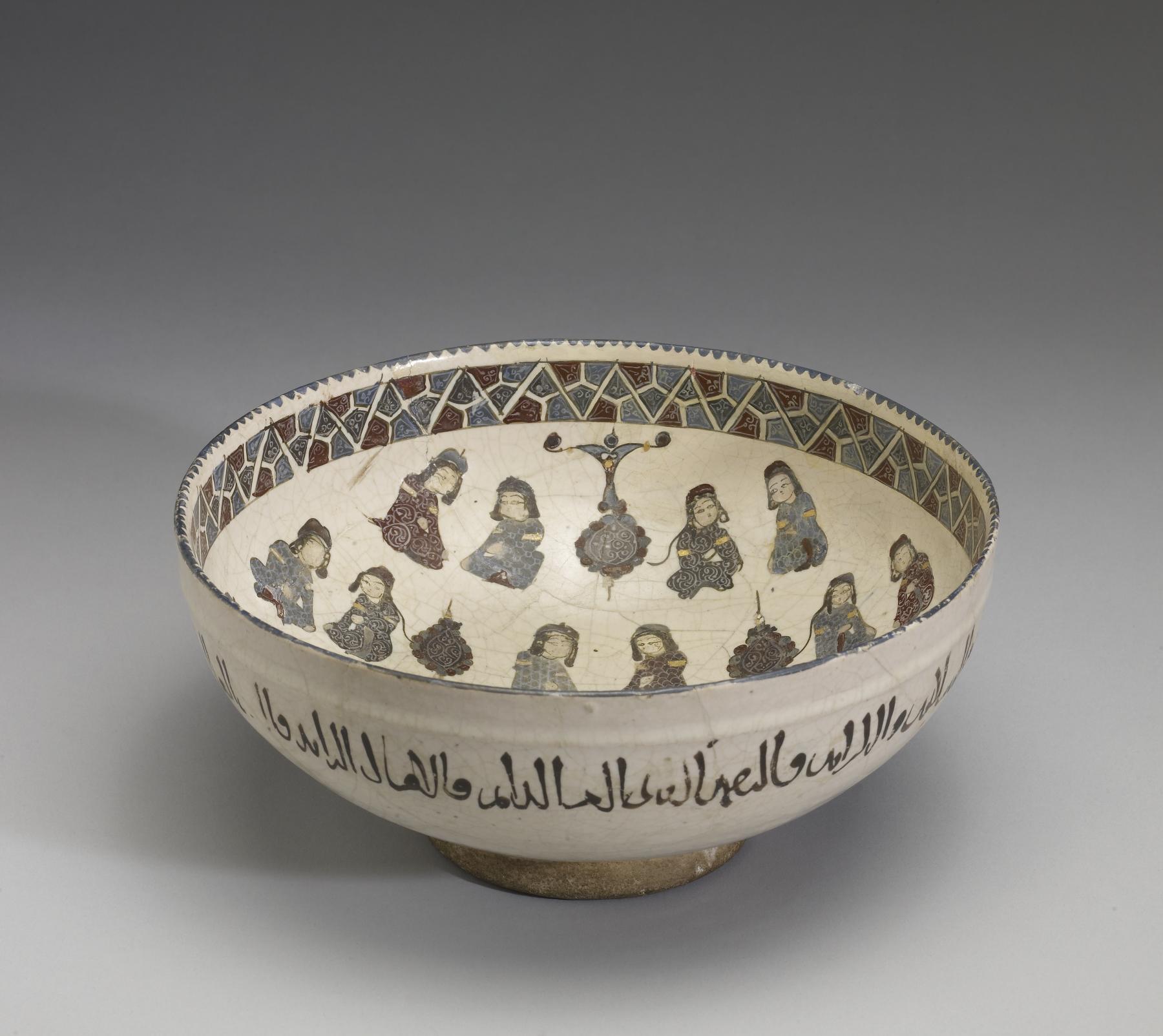 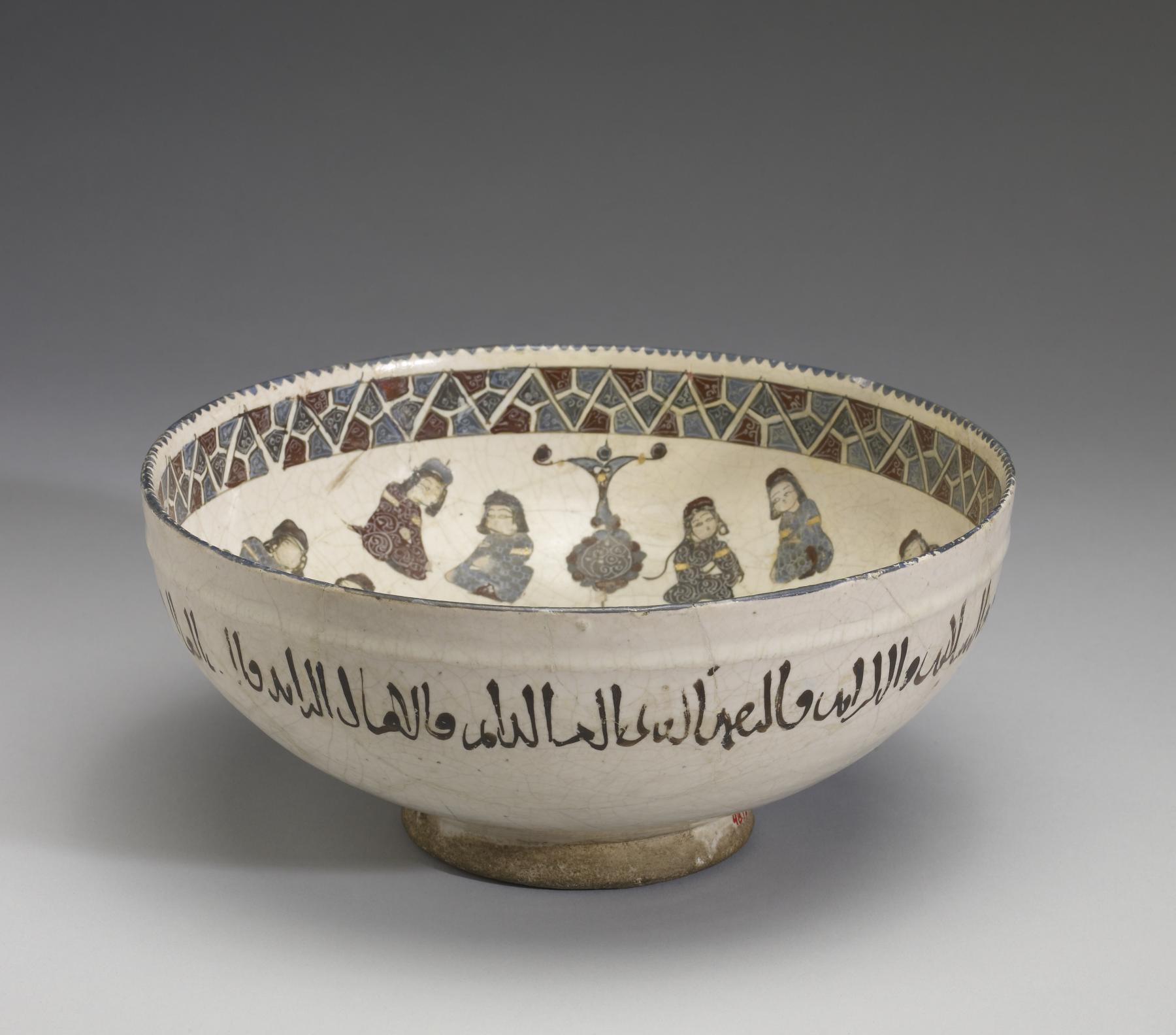 Mina’i is a modern collectors’ term for ceramics made in Iran during the late 12th to early 13th centuries. The term mina’i, translates as “enamelled” in Persian, designating the colored glass pigments used to paint detailed figural decoration on vessels or tiles, which were then fixed on the ceramic base by multiple firings. The use of a wide range of colors, including turquoise, red, green, purple, and black, also led these types of ceramics to be called by the Persian term “haft rang,” or “seven colors.”
Mina’i ware scenes often depict courtly pursuits, such as feasting, fighting, or poetry and music performances. These colorful compositions created complex narrative scenes which paralleled manuscript painting. These colorful compositions created complex narrative scenes which paralleled manuscript painting. This footed bowl’s interior features a pattern of two seated figures, possibly courtiers. Each pair is separated by a stylized floral motif that alludes to a garden environment, where courtly scenes such as this one were frequently set. A band of geometric shapes marks the interior rim, and a loose naskhi inscription encircles the outer body of the bowl.