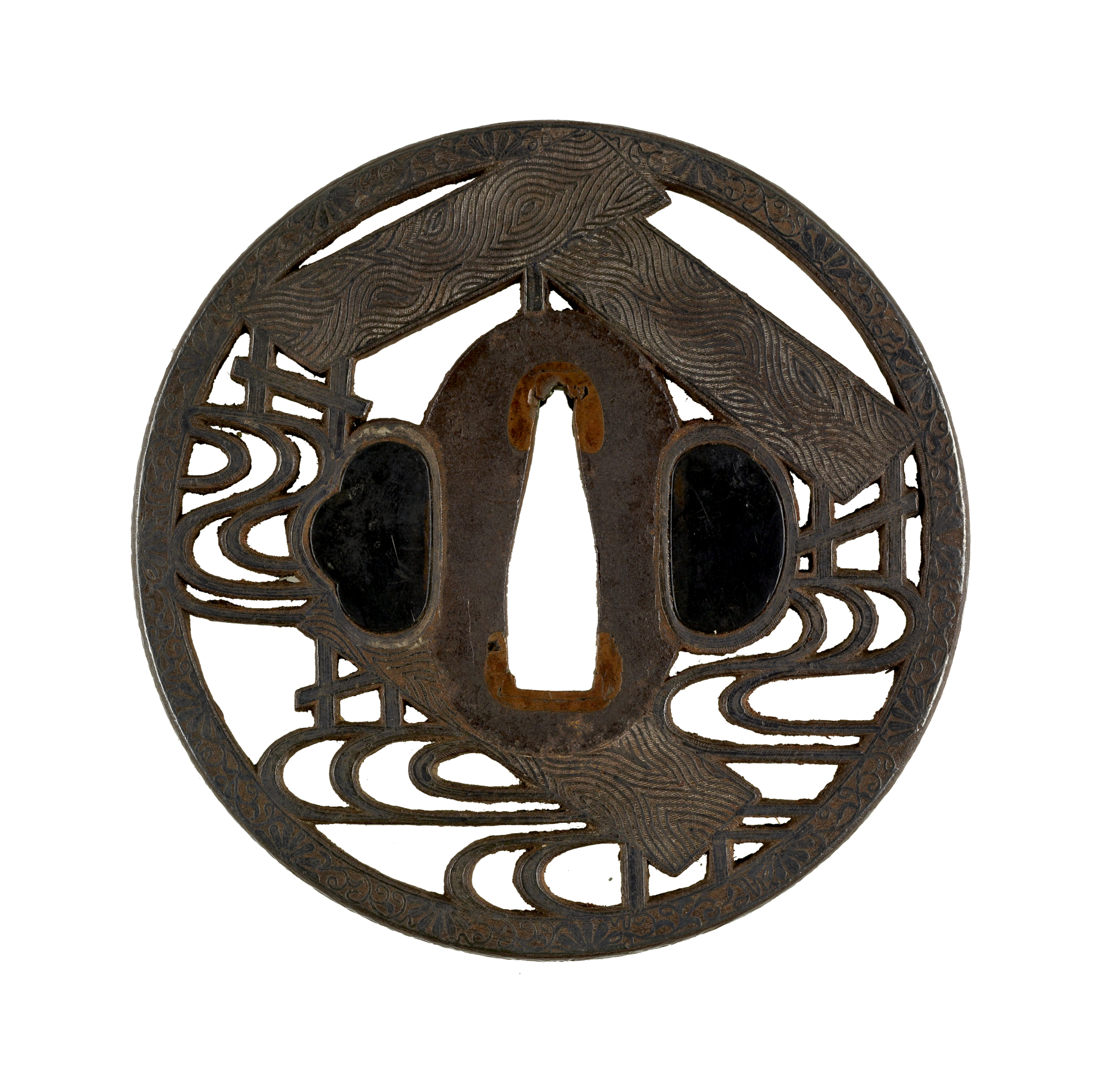 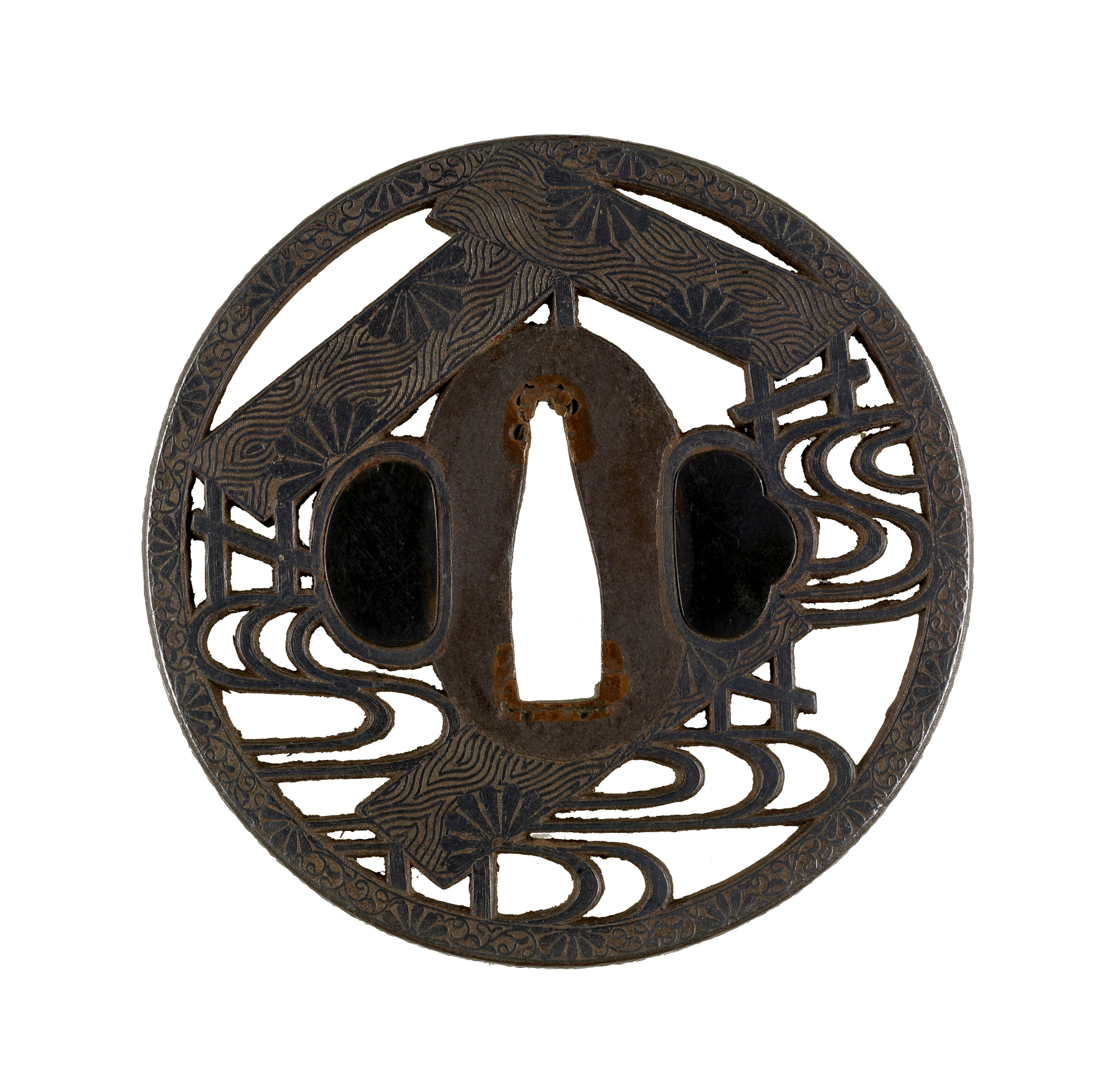 While this bridge does not literally contain eight planks, the style is distinctly that of the famous eight plank bridge in the Tales of Ise. In the story, the hero, Narihira, was exiled from Kyoto. While wandering in the eastern part of Japan, he came upon an eight-planked bridge over a marsh where irises were growing. Narihira composed a poem of longing for his love in the capital in which the beginning of each line spelled out the work for iris (kakitsubata). The bridge and irises are often depicted in Japanese art as reference to the story. There is also a Noh play about Narihira's poem.