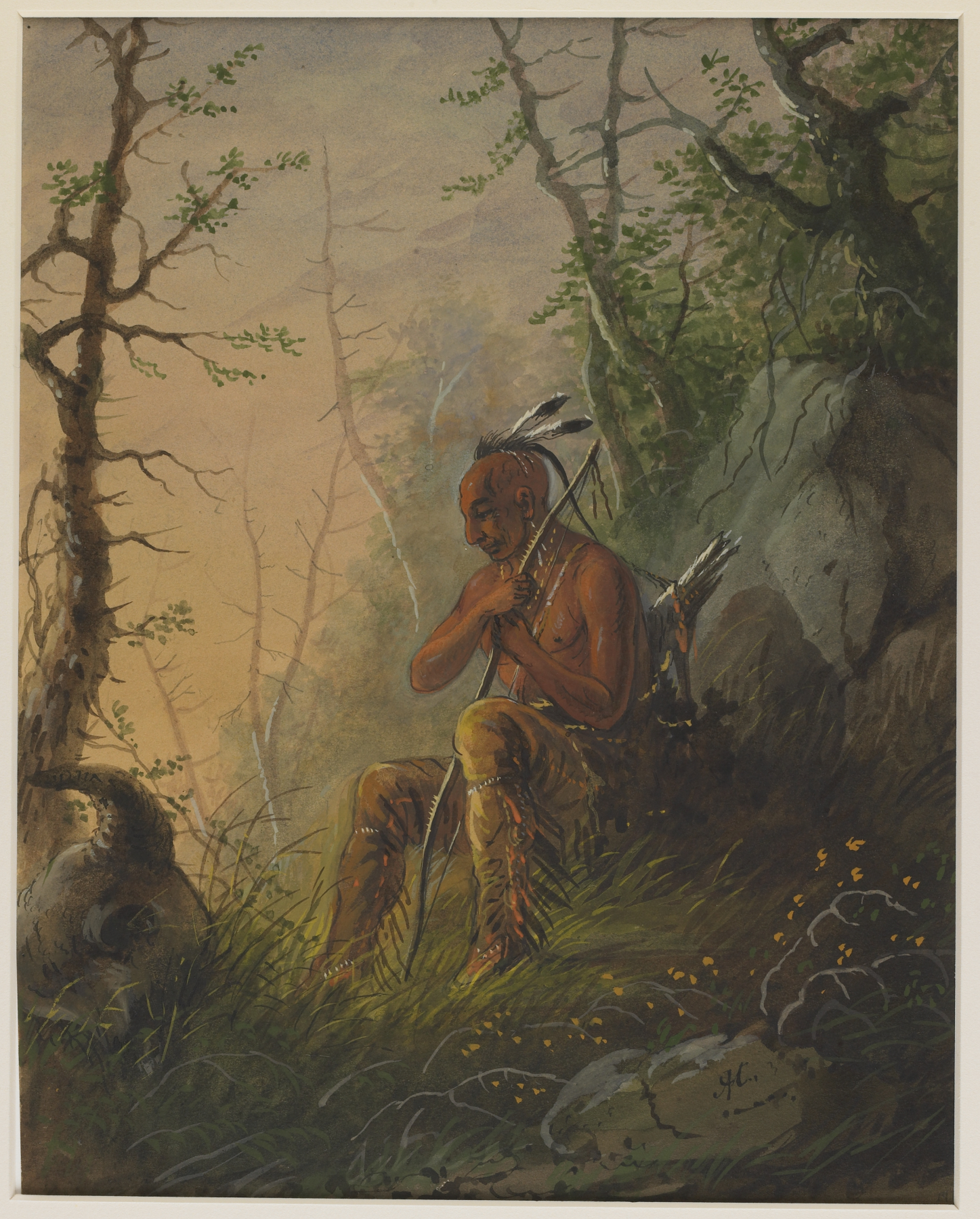 Sioux Indian at a Grave

"One of the strongest objections the Indians have made (in their removal to ther homes in the Far West) has been that of leaving the graves of their relatives and friends. It is notorious that they traverse immense districts of wilderness for the sole purpose of paying a visit to the last resting place of their dead. The modes of burial are various, each tribe differing from another. Sometimes on the death of a chief, his favorite horse is sacrificed and buried under the mound with him. Now and then the traveller encounters a solitary Lodge or two, on entering them he finds an Indian deceased, and laid out in his war dress with such arms as he would be supposed to want placed near at hand. The ordinary burial is a mound with a Buffalo skull (fit emblem of mortality) placed upon it. The Indians make their stated pilgrimages to these spots, sit down quietly, and seem to commune with the inmate. With them it is a grand mystery, and not otherwise with us;- Be assured that they cannot fathom it;- not a whit more can we. 'All that we know is,- nothing can be known.'" A.J. Miller, extracted from "The West of Alfred Jacob Miller" (1837).