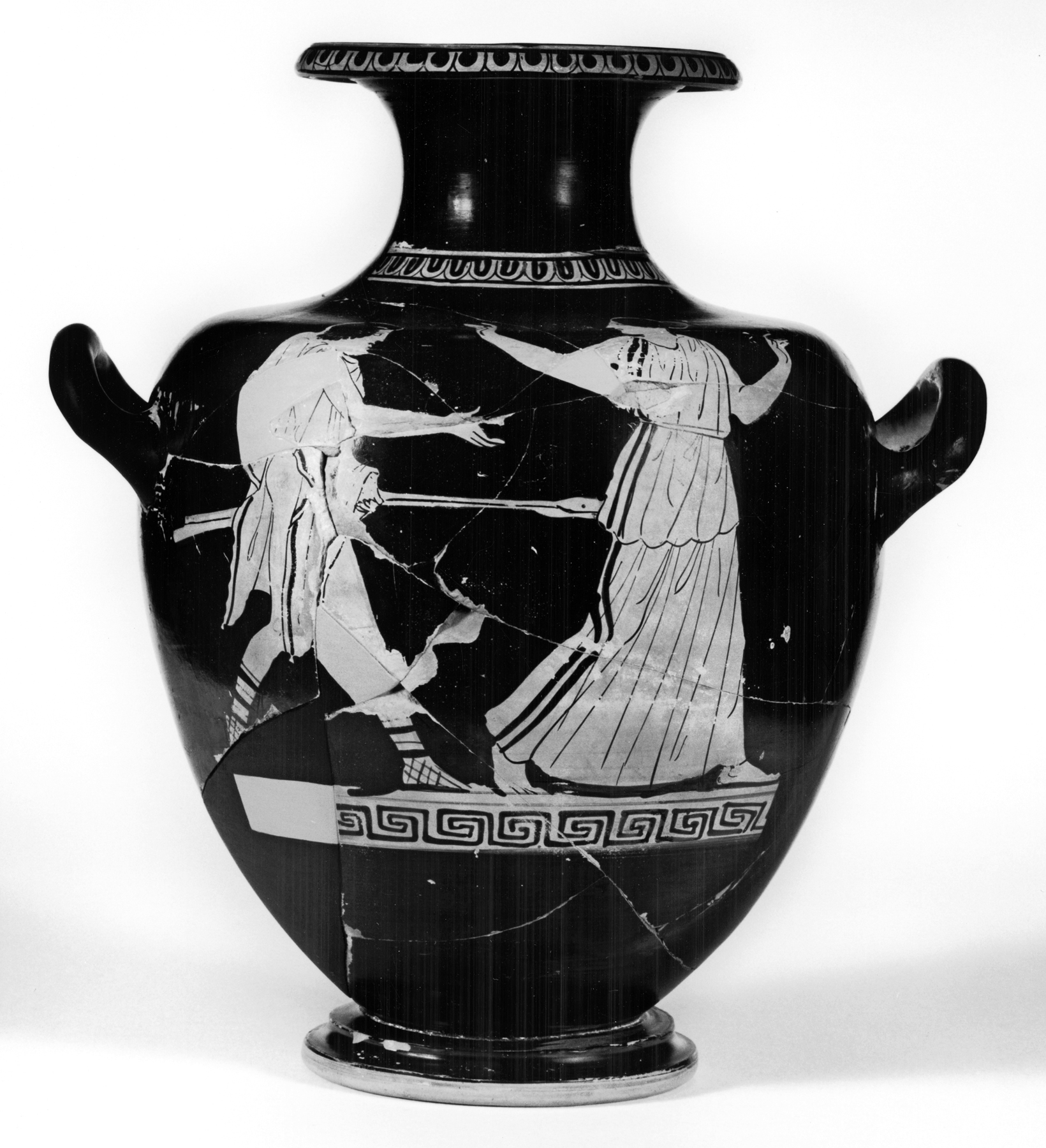 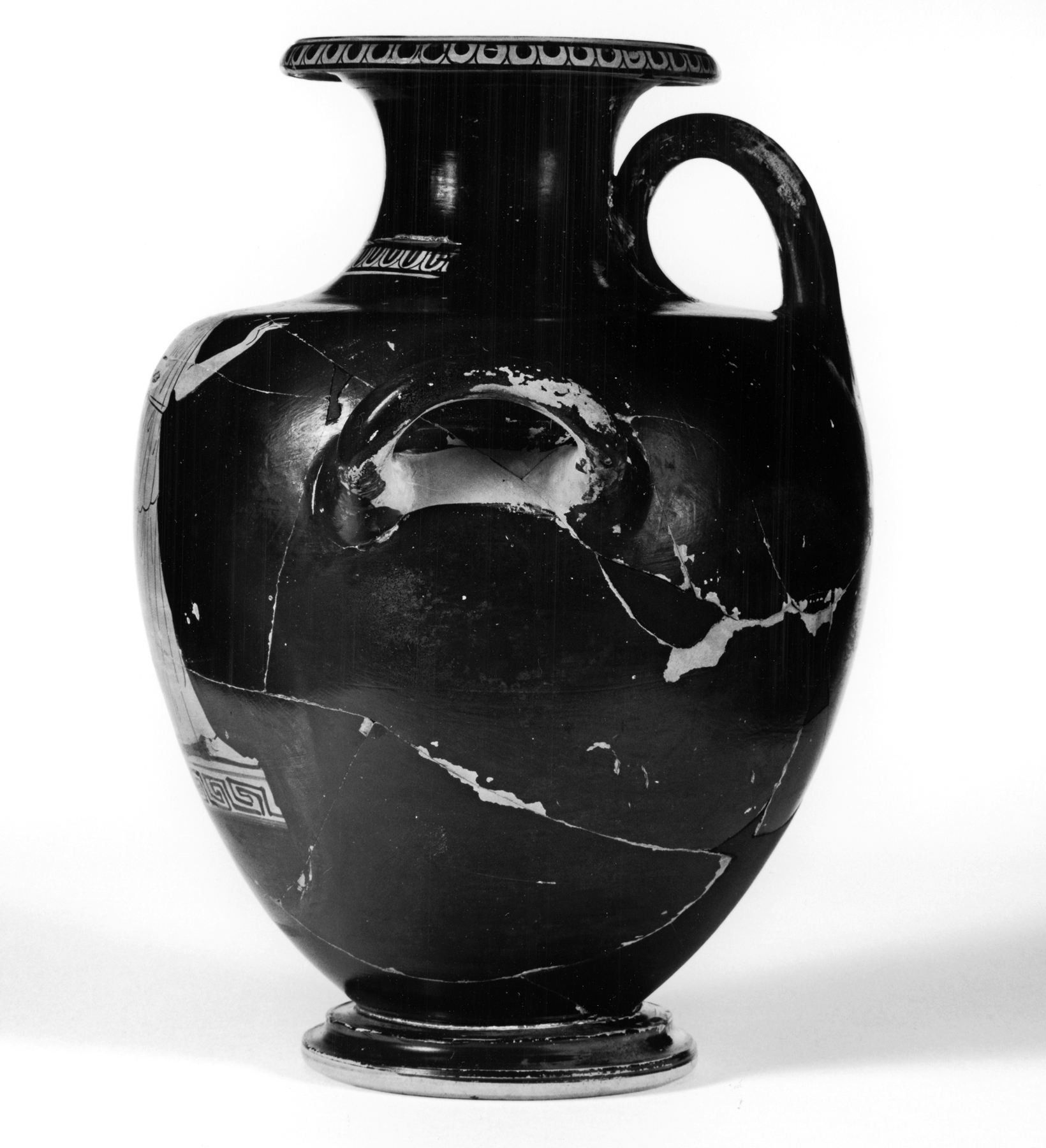 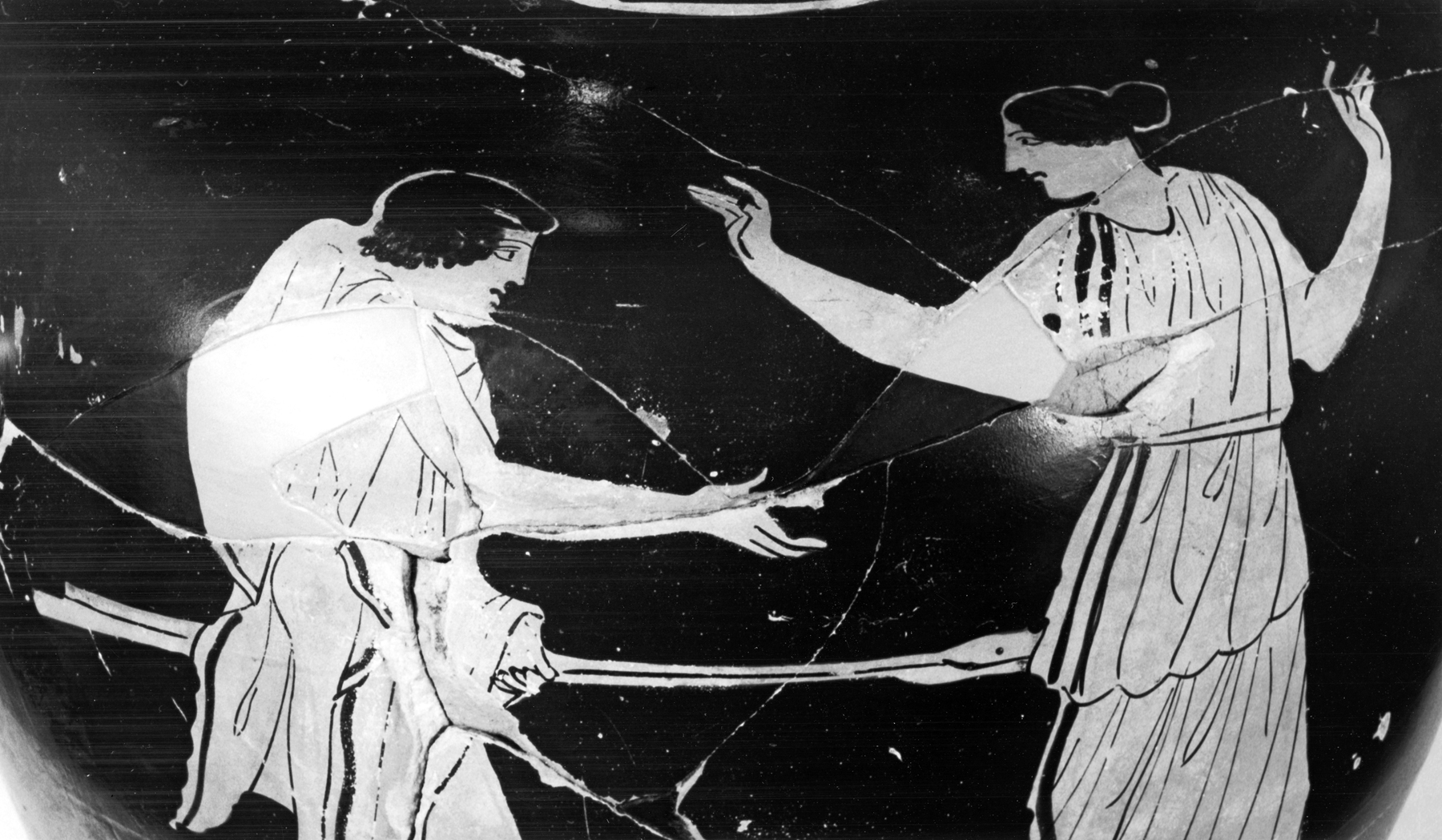 Kalpis with Youth with Spears

This red-figure kalpis depicts a youth (possibly Theseus) pursuing a woman. He advances right, holding two spears horizontally in his left hand at waist level. With his right he reaches toward her. She runs right, looking around, holding both hands up and out in fright. He wears traveller's sandals, fillet and chlamys, and has a petasos hanging down his back from his neck. She wears a girded peplos, and her hair is held in place by ribbons.

This youth with spears pursuing a woman is tentatively identified as Theseus because of two vases on which a similar youth is so labeled.