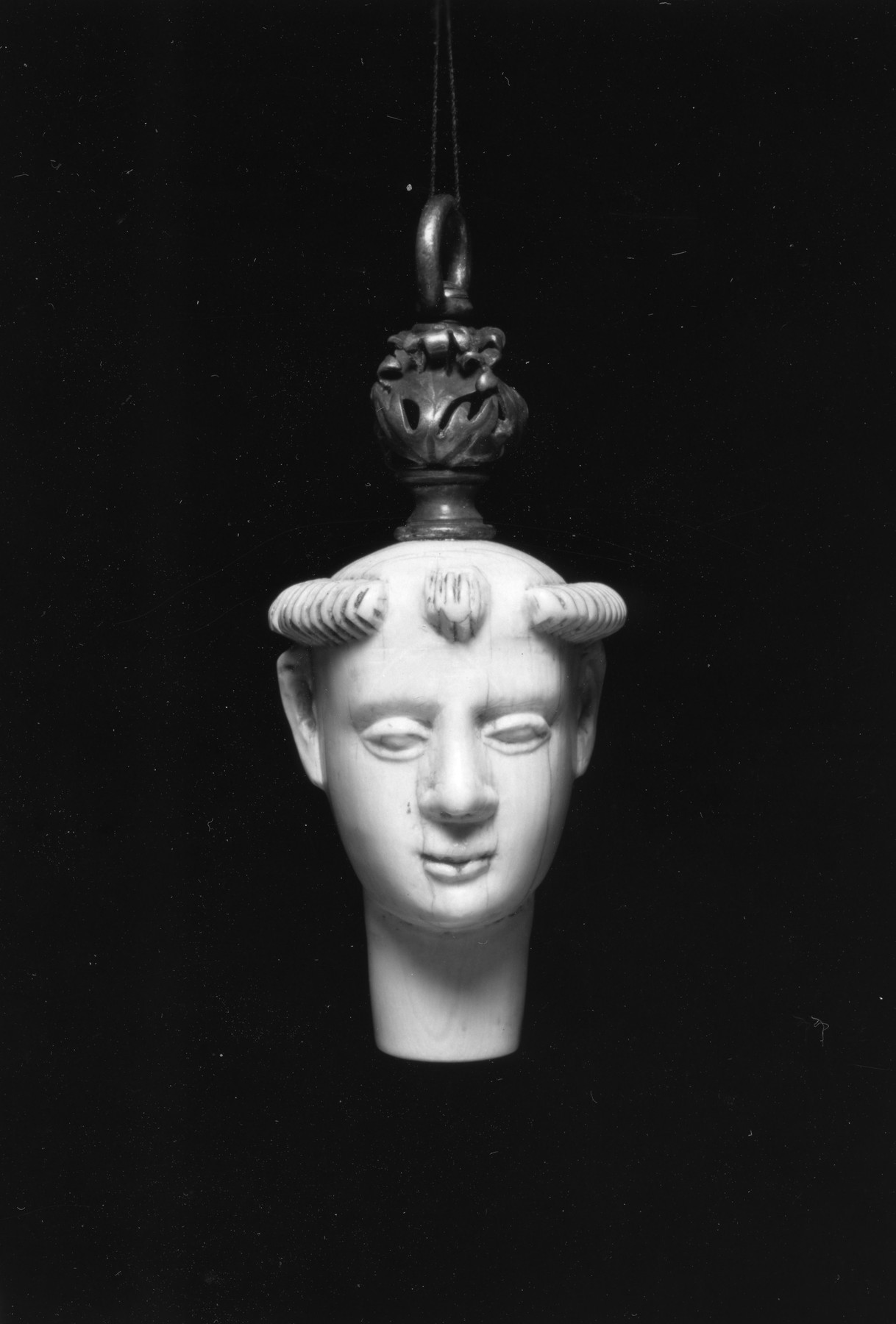 The saint has a bland expression and wears a pronounced tonsure. Apparently balding, he has an incomplete circle of hair; only a forelock remains in the center of his forehead. The long neck suggests that the head may have been intended for insertion into a torso. The mouth has been painted, and there is a small hole in the head for a nimbus. The head was drilled at a later date and cut to form a whistle, which can be hung by means of the silver acanthus-leaf mount inserted into the crown of the head.