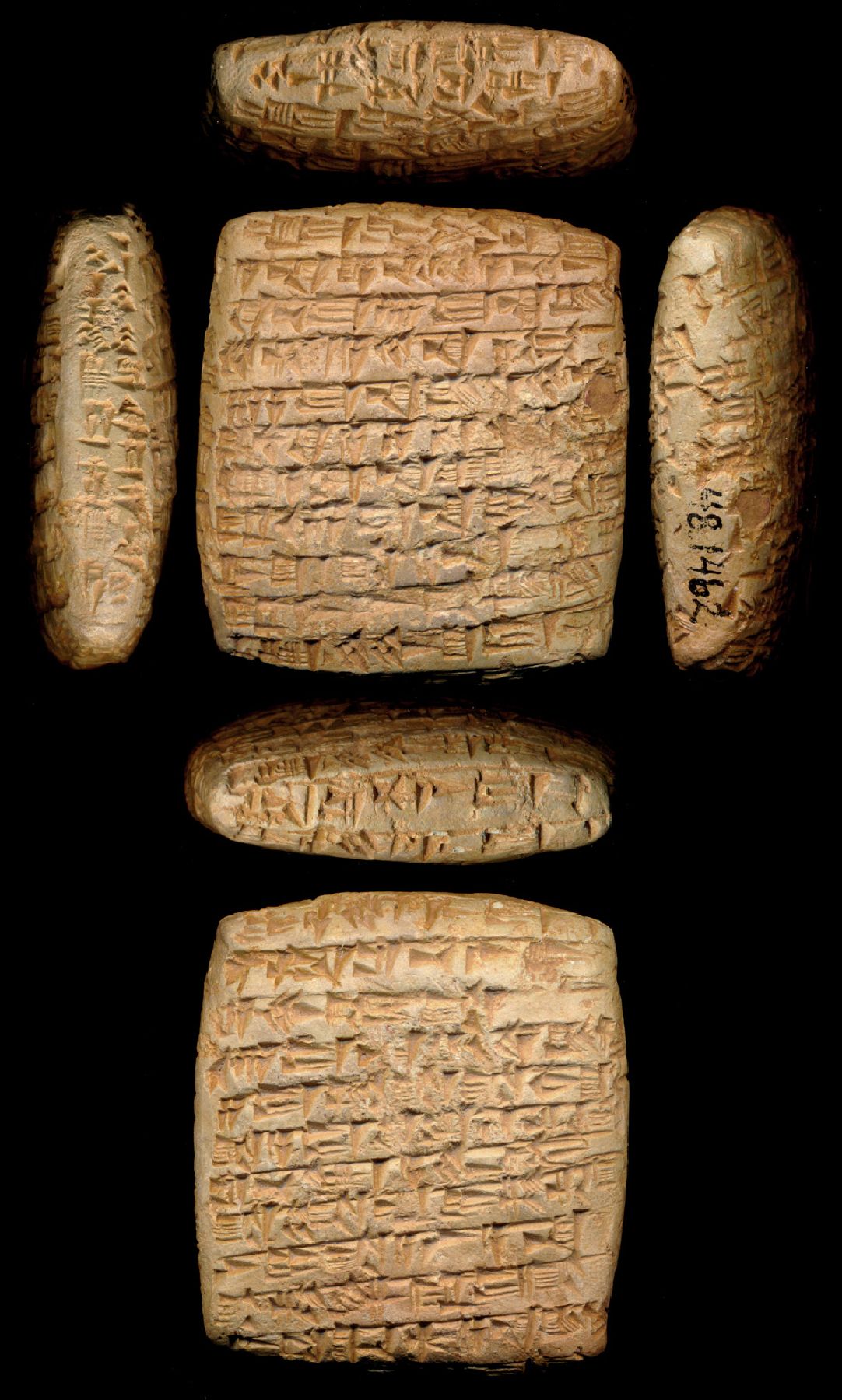 This square clay tablet is densely covered on all sides in a cuneiform text that was read from left to right. The tablet is a business transaction and details the trade of precious metals that occurred between Assyria and Kanesh. In the letter, Itur-ili in Assyria instructs Ennam-Ashur in Kanesh to acquire red gold, a type of gold with distinctive red coloration, and send it back to Assyria with his servant. Itur-ili additionally warns Ennam-Ashur of the treachery of dishonest men and the perils of succumbing to drink.