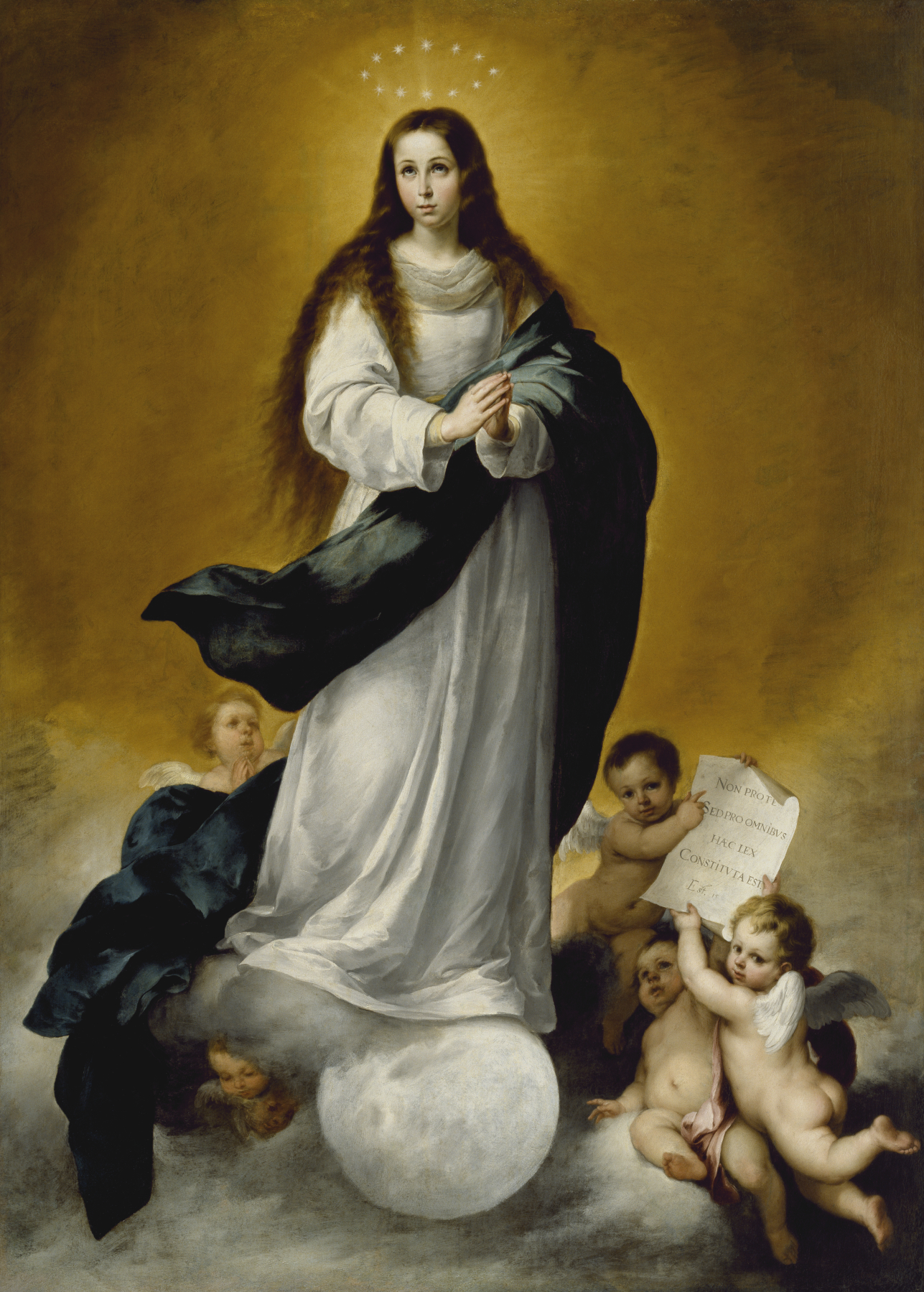 The Virgin of the Immaculate Conception

According to the Catholic doctrine of the Immaculate Conception, the Virgin was already free from the original sin that applied to all the descendants of Adam and Eve at the moment she was conceived by her parents. This became official dogma in 1854 but was widely accepted long before, especially in 17th-century Counter Reformation Spain. The image of a virgin whose triumph over sin is acknowledged by the cosmos in the form of a crown of stars, an aura of golden light from the sun, and the moon for a footrest is from the Book of Revelation. At Mary's feet, cherubim hold a proclamation of the uniqueness of her freedom from sin taken from the story of the Old Testament heroine Esther (15): "for this law does not apply to you but for all others."

Many artists in Murillo's native Seville specialized in the Immaculate Conception, but none equaled him in giving pictorial form to the Virgin's purity through the delicate use of color and light. The difference in style between the polished brushstrokes defining the Virgin's face and the more fluid rendering of the lively cherubim suggests that two assistants collaborated in painting this altarpiece.