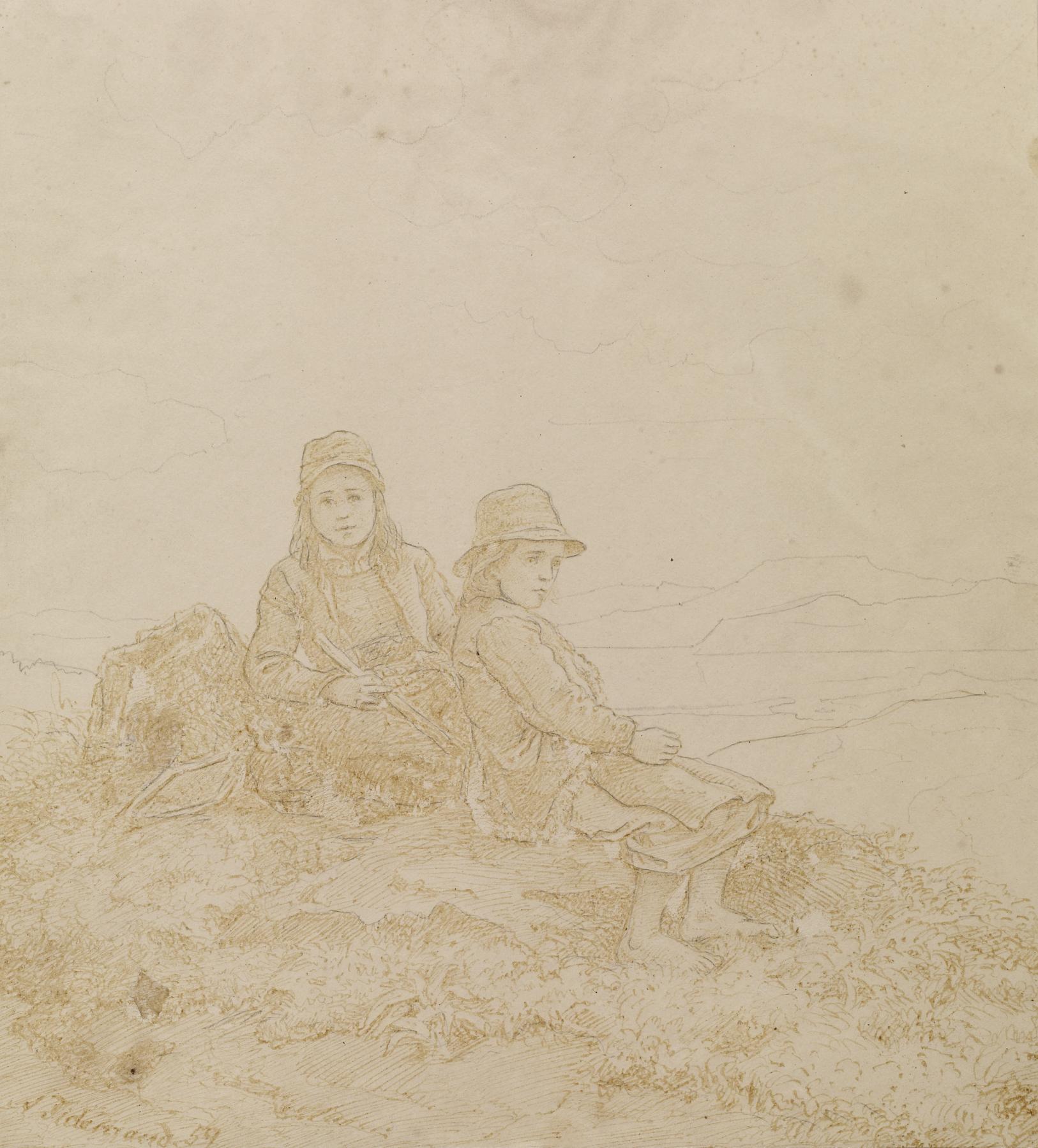 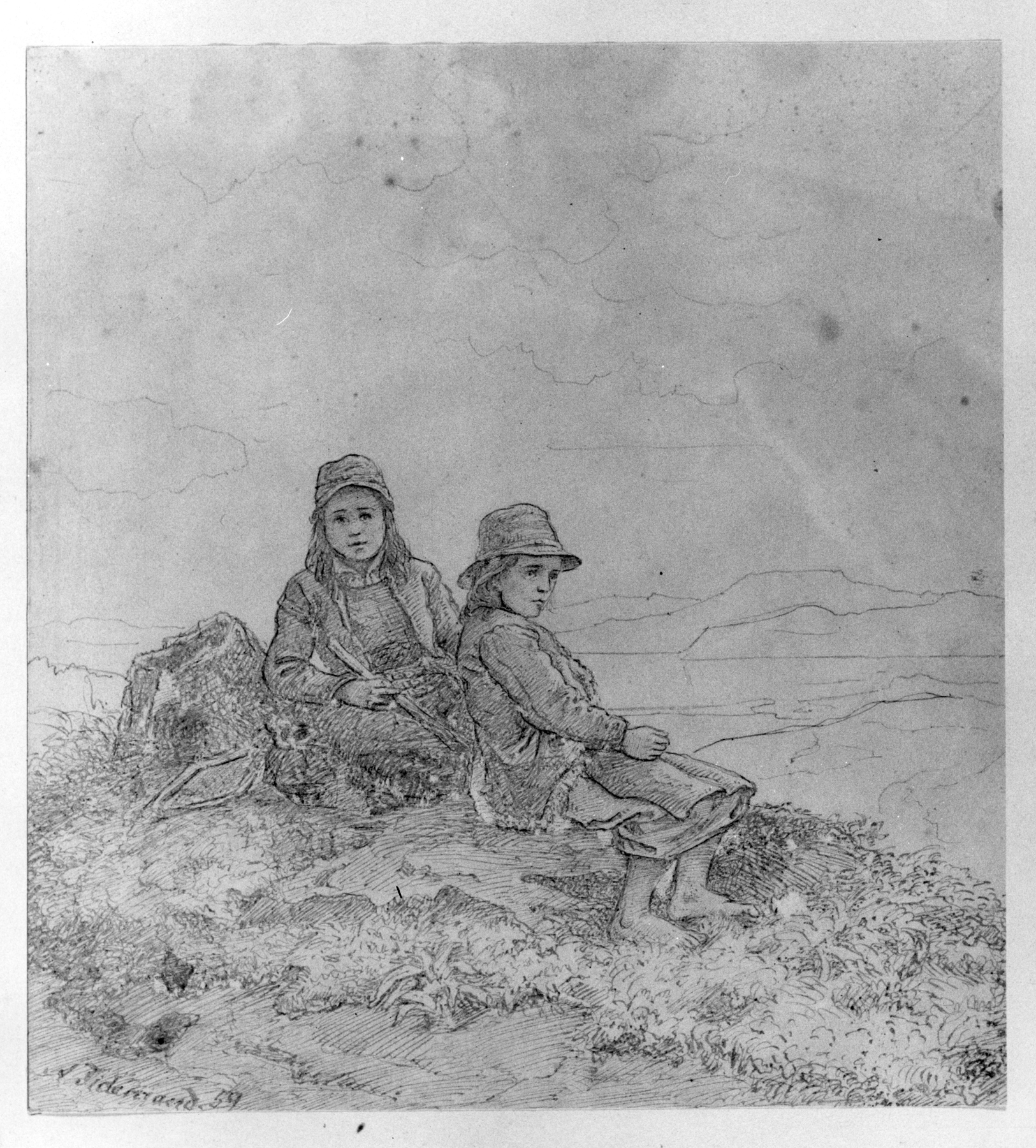 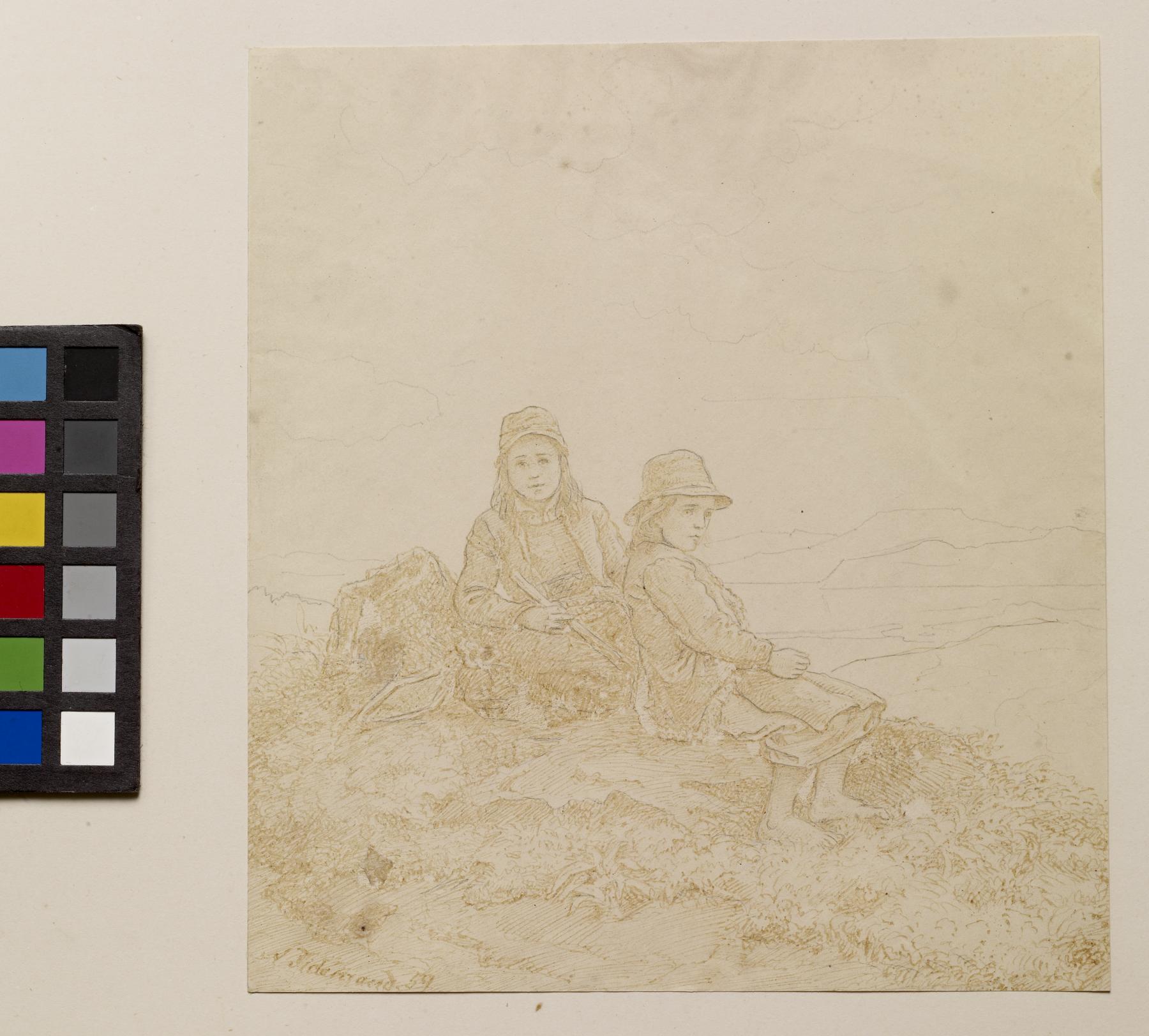 Tidemand travelled in Sweden between 1852 and 1854, recording what he saw, and several finished works developed from this trip. This drawing depicts two children in Mora, Sweden. A painting, which closely resembles the composition, titled "Moradrengene," sold at Sotheby's London (June 15, 2004, Lot 305). Other versions of the subject are known, the last painted in 1860.

Tidemand, like many of his Norwegian countrymen, studied in Düsseldorf, Germany. After four years study, in 1841, he left for Rome and returned to Norway the following year. In 1845 he settled for good in Düsseldorf, becoming a well established genre and figure painter specializing in rural themes.