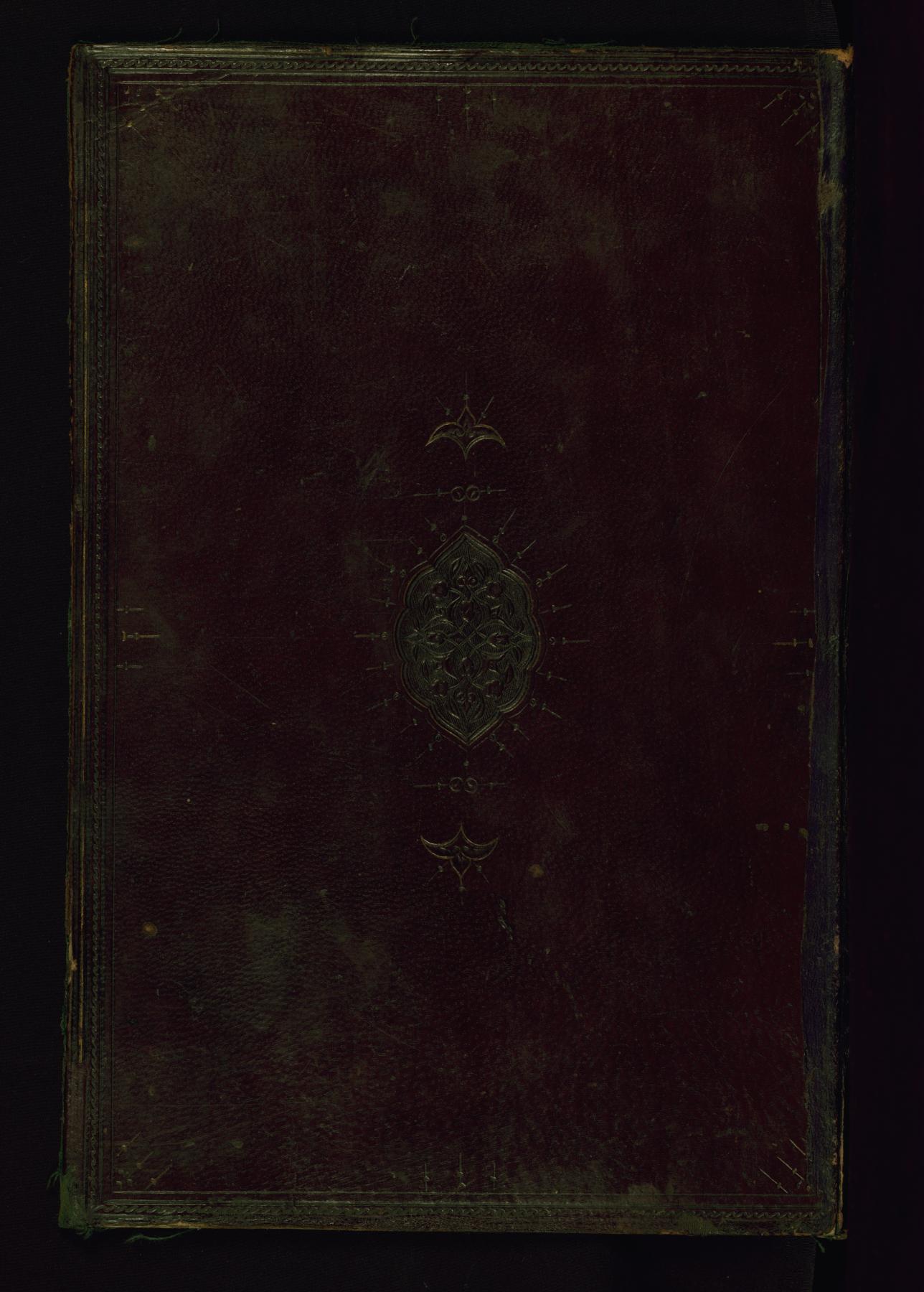 Walters manuscript W.620 is an illuminated and illustrated Safavid copy of the Bustan (The garden or The orchard), composed by Sa'di (died 691 AH/AD 1292). It was written in black Nasta'liq script in the 9th century AH/AD 16th in Iran. The codex opens with a frontispiece with the title Kitab-i bustan inscribed in an illuminated medallion (fol. 1a), followed by a double-page illustration of a banquet scene in a landscape (fols. 1b-2a). Additionally, there are 5 paintings illustrating the text (fols. 25a, 55b, 58a, 93b, and 119b). The brown leather, blind-stamped binding decorated with a central oval and pendants is not contemporary with the manuscript. 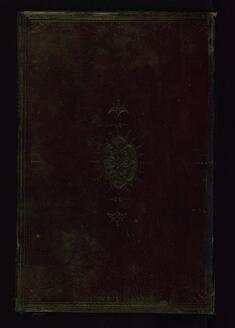 Binding from The Orchard (Bustan) 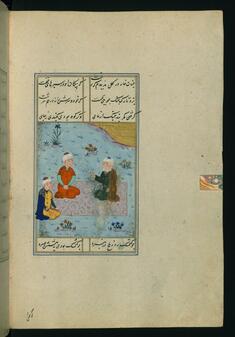 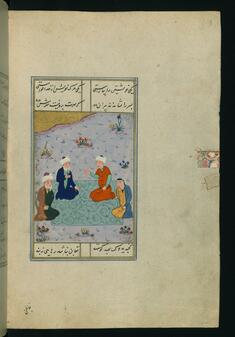 Banquet Scene in a Landscape 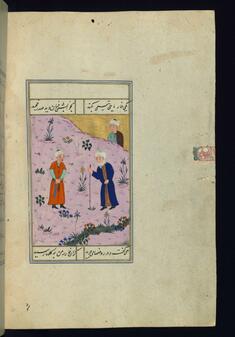 An Old Man Who Pulled Out a Thorn From the Foot of An Orphan, Meeting His Friend Darius, the Persian King, Meeting his Herdsman while Hunting 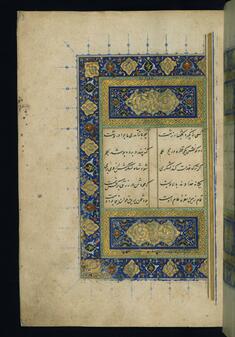 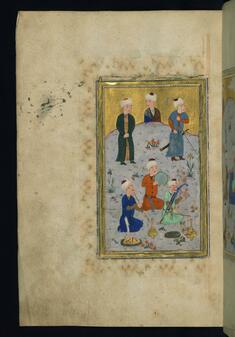 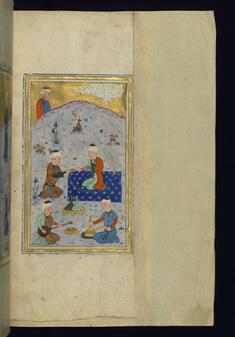