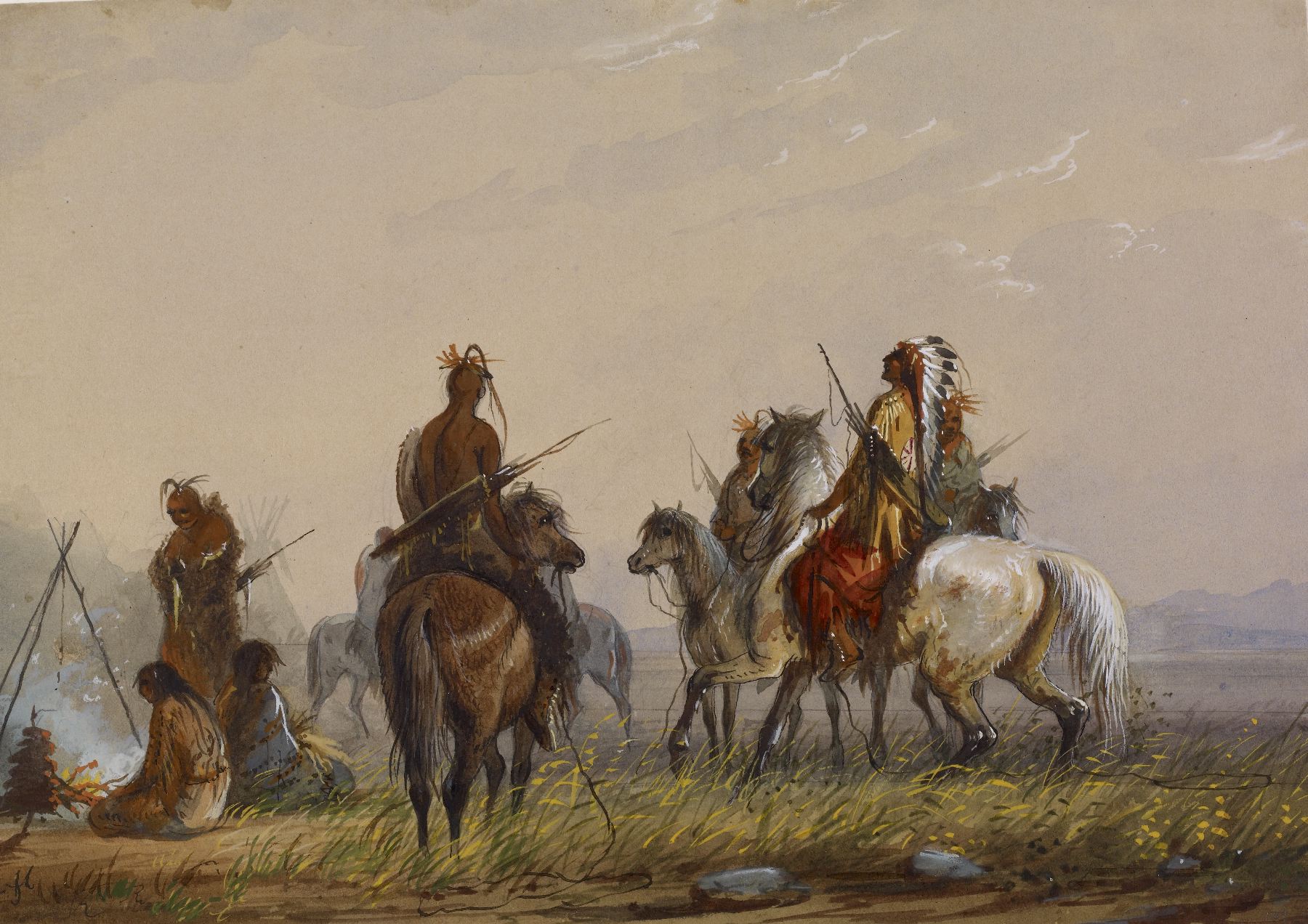 "As an Indian's riches is generally rated by the number of horses he possesses, and these (by various casualties) sometimes lessen in number, either through his war parties, stolen by othe tribes, or natural deaths, it behooves him at stated intervals to call around him his 'good men and true,' with lariats and tackle in good order, and set out on a foray to catch these valuable animals. In doing this he does not confine himself to the strict letter of the wild-horse question; for should he meet with any of his old enemies the Crows, or Camanches, he does not hesitate to turn and do battle with them, conquer them if possible, take their horses, and strip them of everything. Why should he trouble himself to look after wild horses, when tame ones may be had at the trifling cost of a little pounding? No! no!- all are fish that comes to his net; - and this creed or its equivalent he firmly believes in." A.J. Miller, extracted from "The West of Alfred Jacob Miller" (1837).