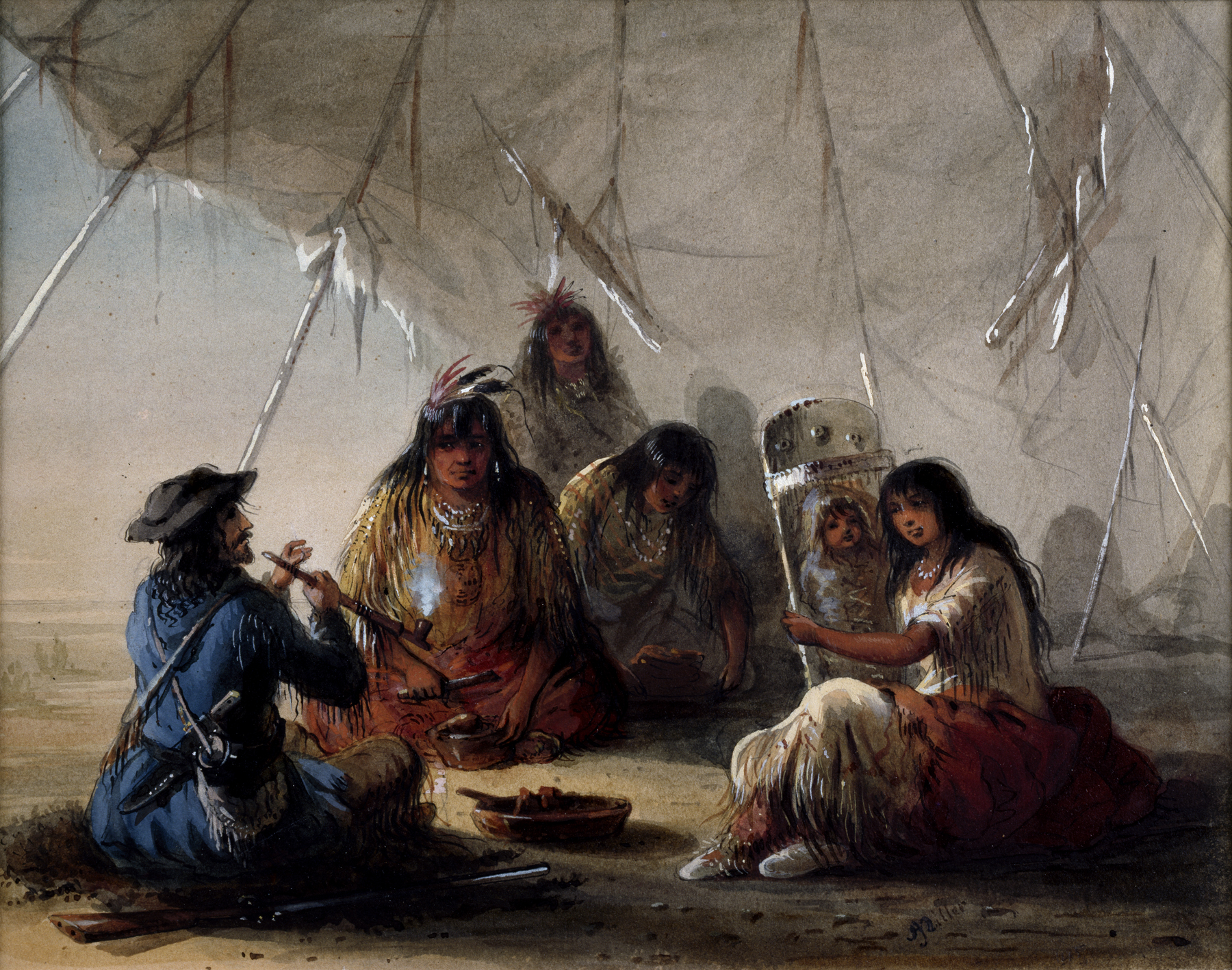 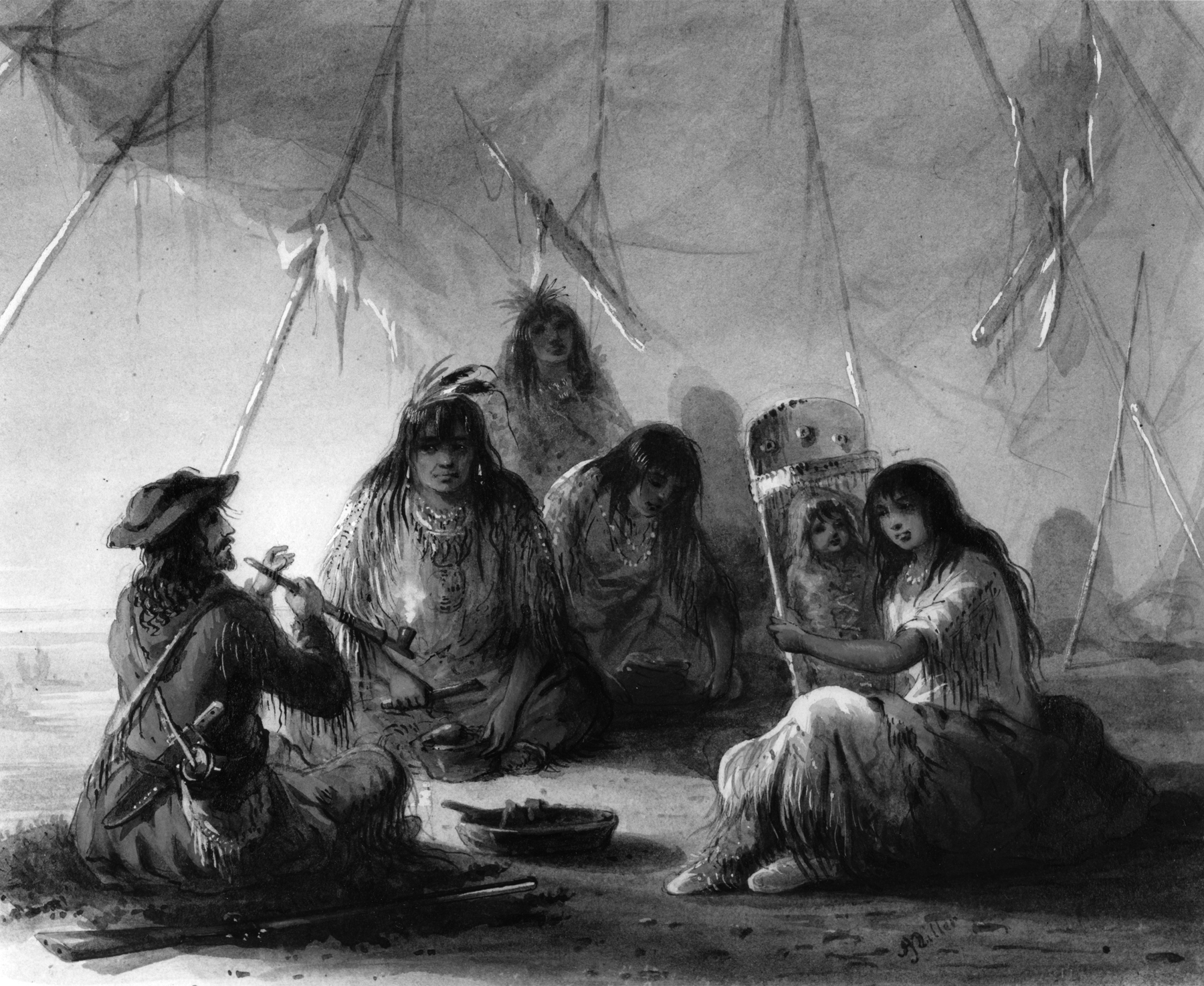 "The sketch represents the interior of a Lodge and the Snake Indian entertaining a free Trapper at a feast. The latter is engaged in recounting some adventure to his host, partly by his limited knowledge of the Indian Language, and by signs. To the right is seated an Indian woman who watches his every movement with intense interest;- she has no doubt often heard of the extravagant generosity of these reckless follows, and worships him accordingly." A.J. Miller, extracted from "The West of Alfred Jacob Miller" (1837).