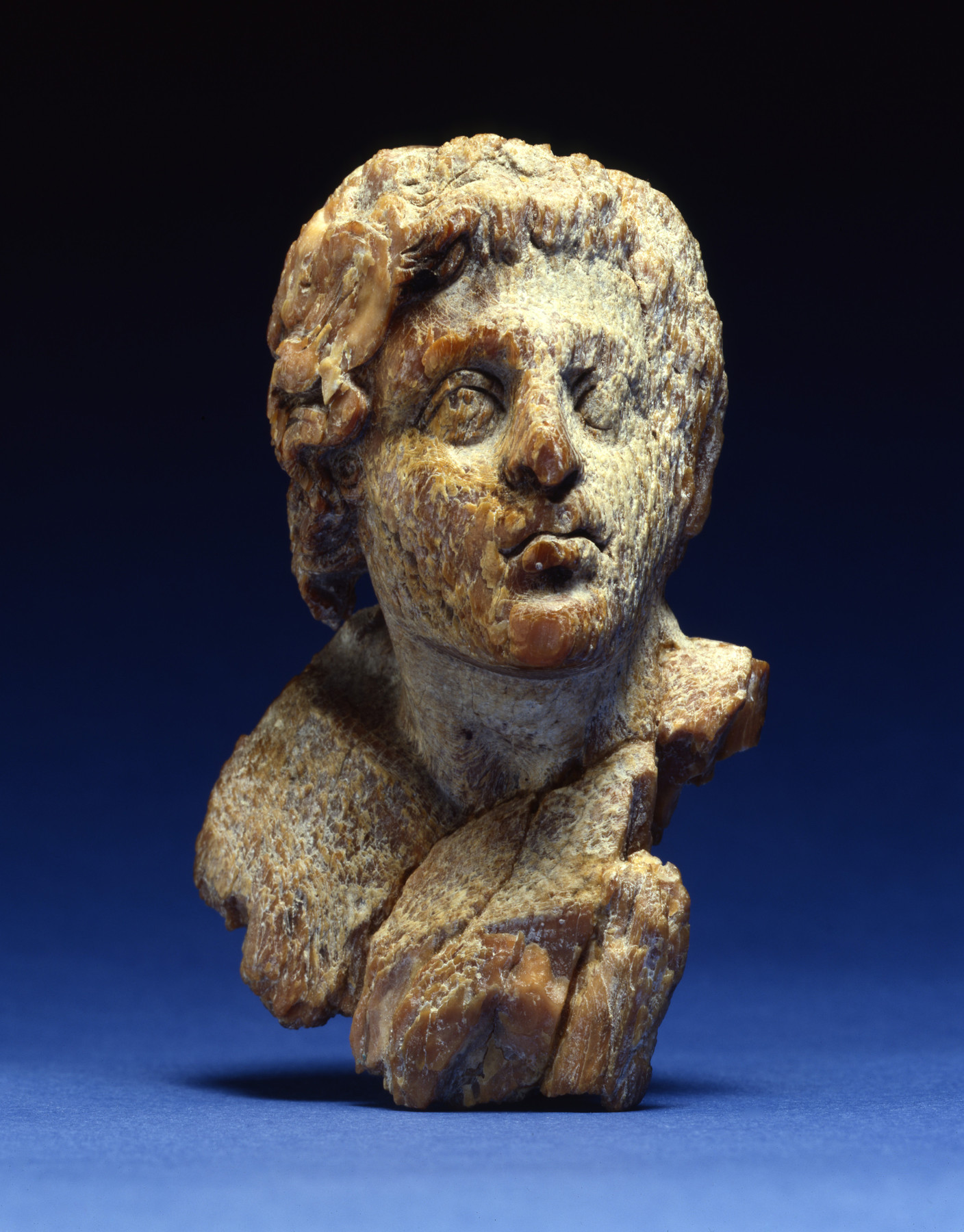 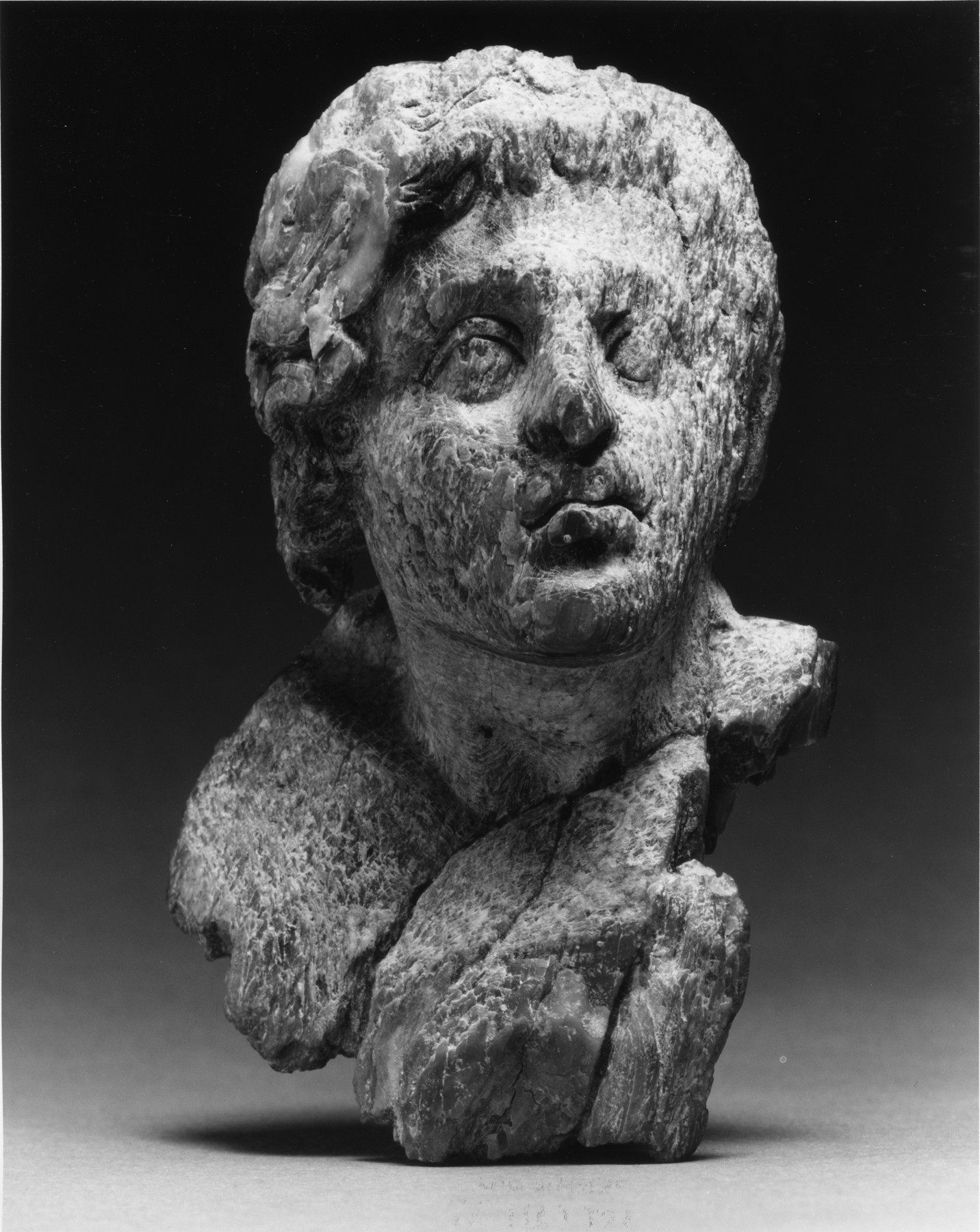 The head and shoulders are meant to be seen in a three-quarter view. The back of the head and shoulders are flattened in two planes that meet at an angle behind the neck. A single groove, used for attachment, cuts vertically through both surfaces. The top of the head is also flat; the remains of a wooden pin suggest that the top part of the head was made of a separate piece of ivory attached with the pin. The bust probably ornamented the fulcrum, or headrest, or a couch.

The upswept hair falling back from the low, furrowed forehead, the large deep-set eyes with upward gaze, and the full lips conform to the descriptions of Alexander the Great and to other known representations of him.

The closest comparision with this piece is a tiny ivory head (now at the National Gallery of Art in Washington, DC) identified as Alexander found in a royal tomb at Vergina in northern Greece and thought to have ornamented, together with other ivory heads, the bier of the man buried in the tomb. A direct comparison of the Walters head with large-scale photographes of the Vergina head shows striking similarities in the physiognomy of the features and the artistic style of representation, suggesting that the two are close in date.

The Walters head is said to come from Alexandria. During the feuding that followed Alexander's death in Babylon, the ablest of his generals, Ptolemy, managed to acquire Alexander's body for burial in the city named in his honor. The Walters head could have ornamented a funeral couch in the same fashion as heads from the Vergina tomb.