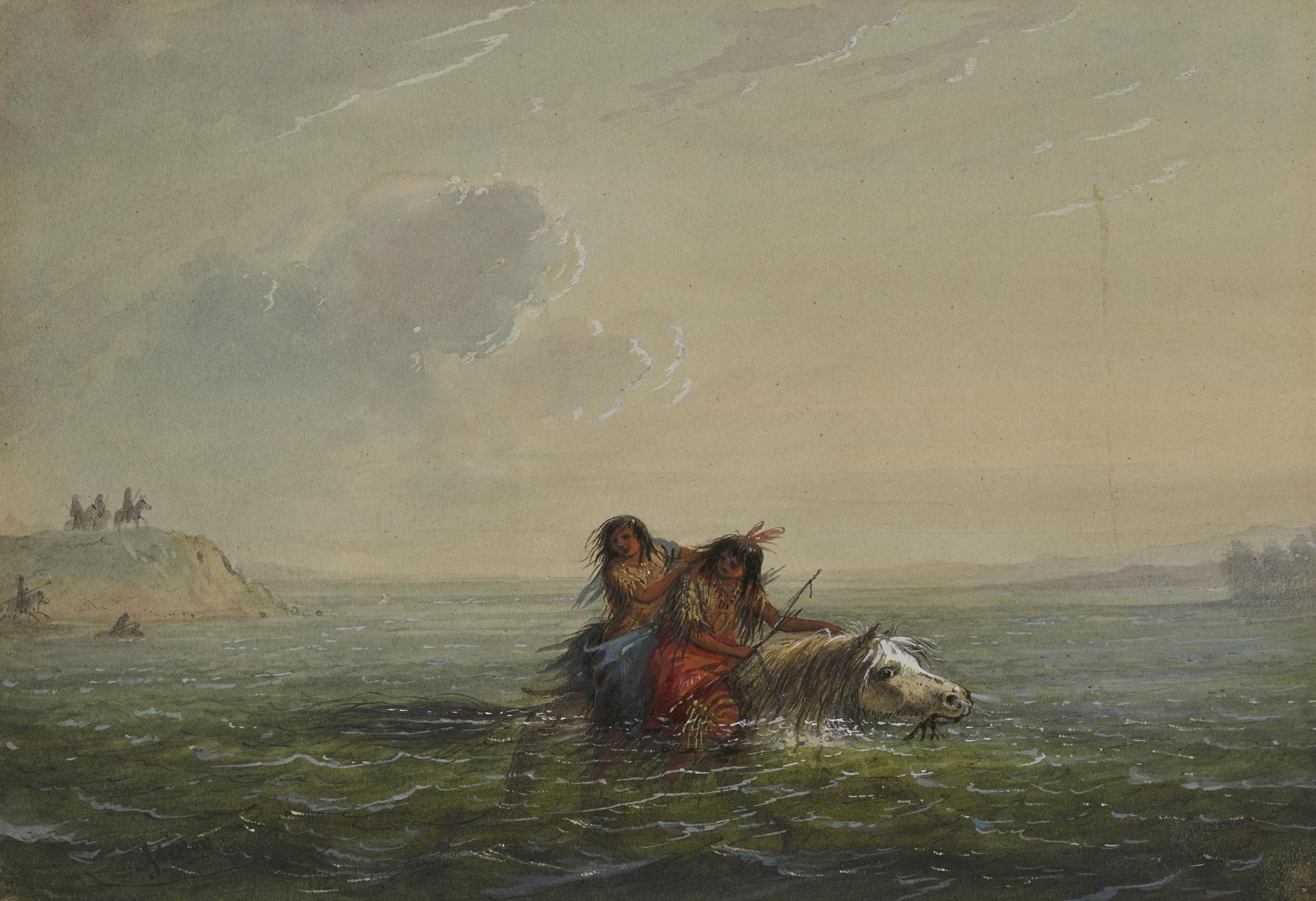 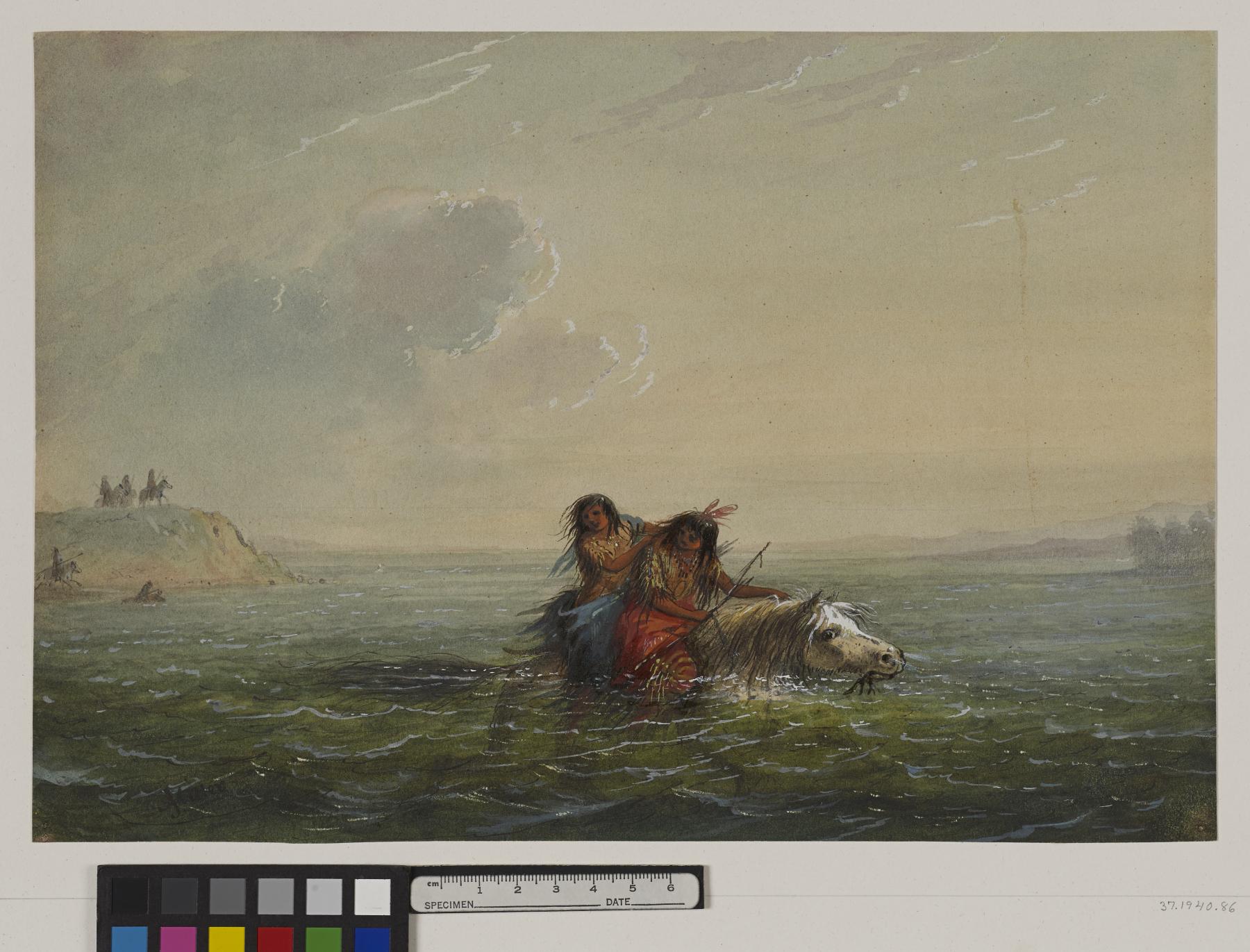 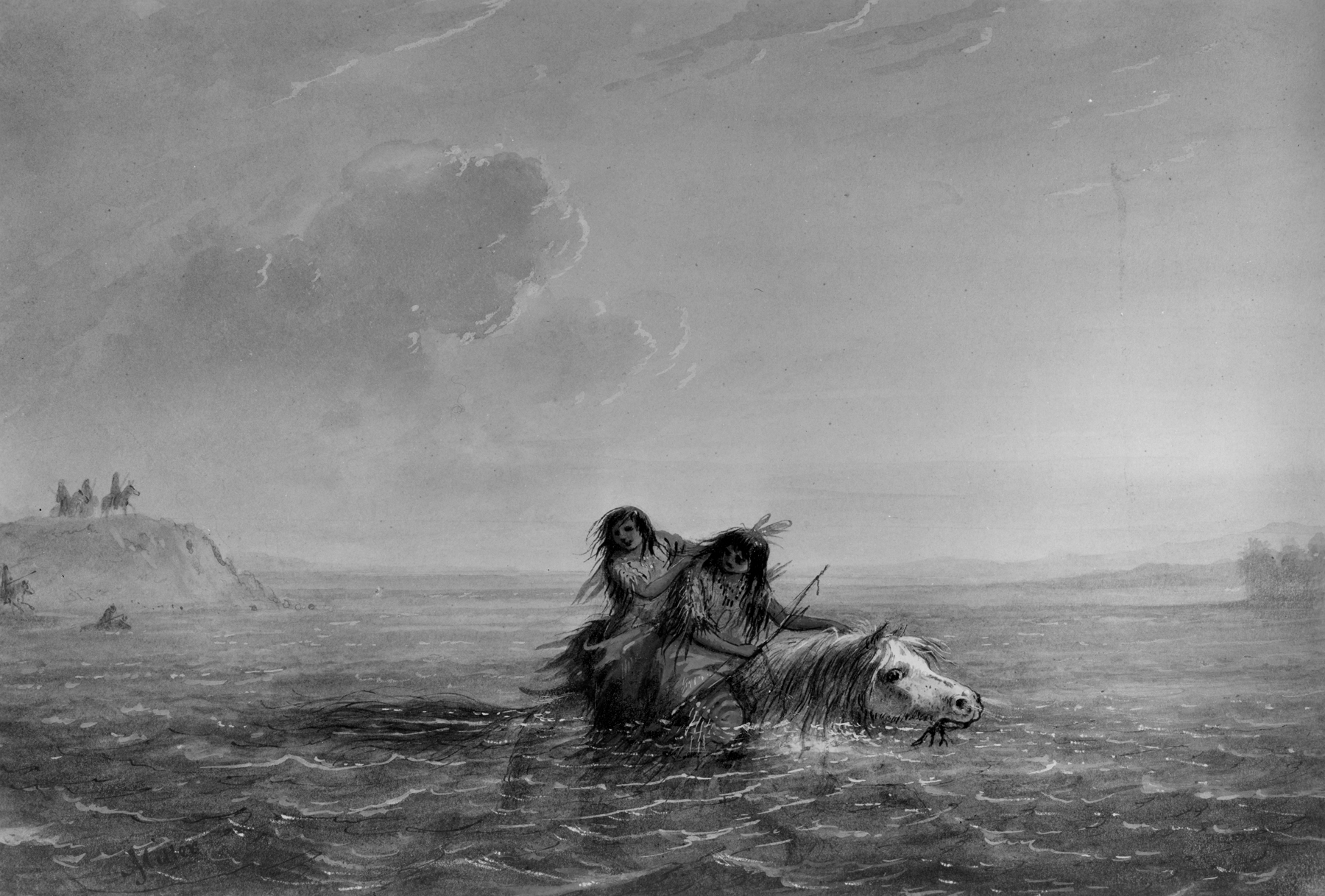 The Indian custom, of course, called for the young man to pay the family of the girl he chose for his wife. But in this case, Miller says, the brave has only his horse and he does not want to give it up. So he slipped into the village when the other men were away hunting and persuaded the maiden to go with him. The old men mounted their horses and pursued the couple to the river but could not catch them. Extracted from "The West of Alfred Jacob Miller" (1837).