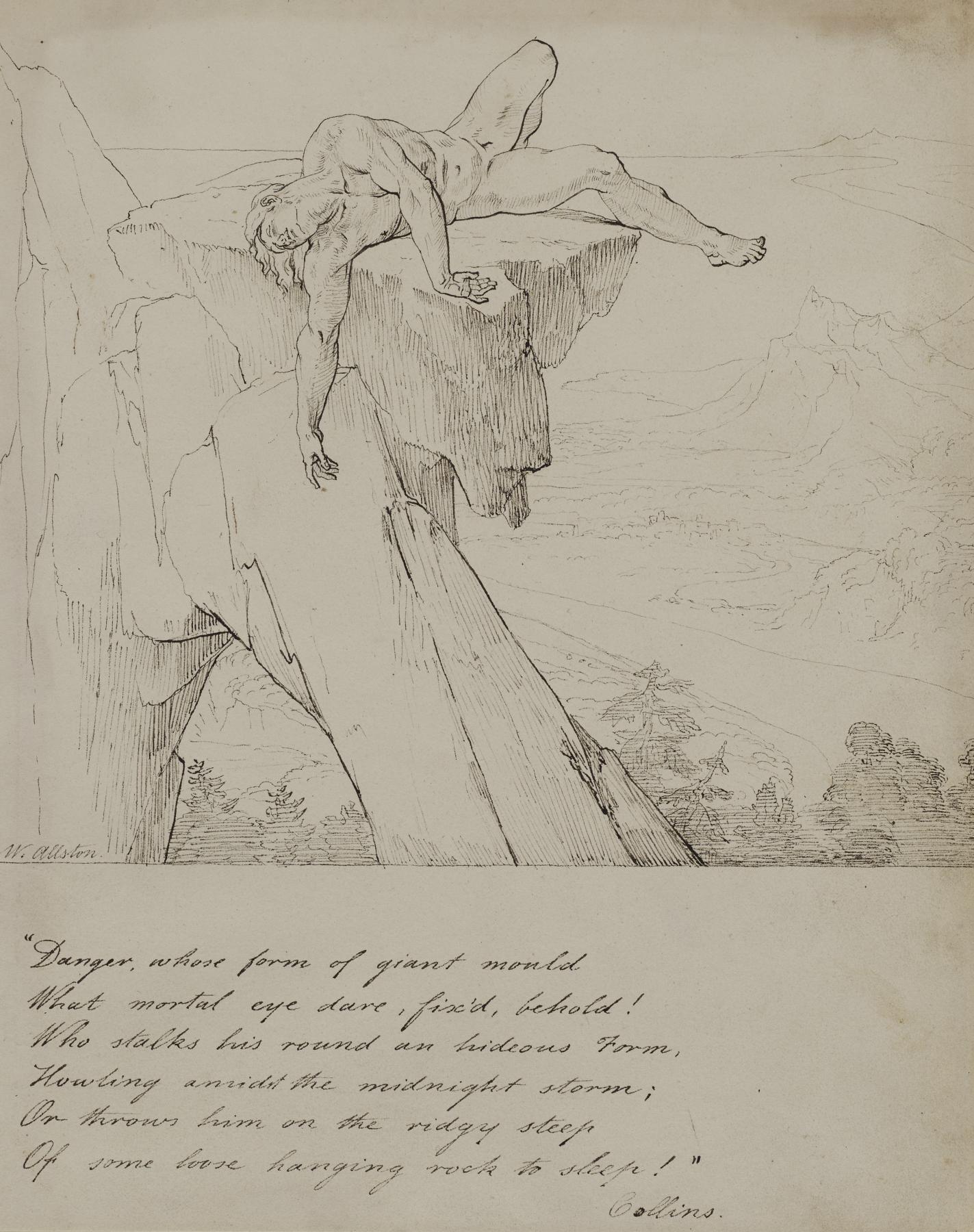 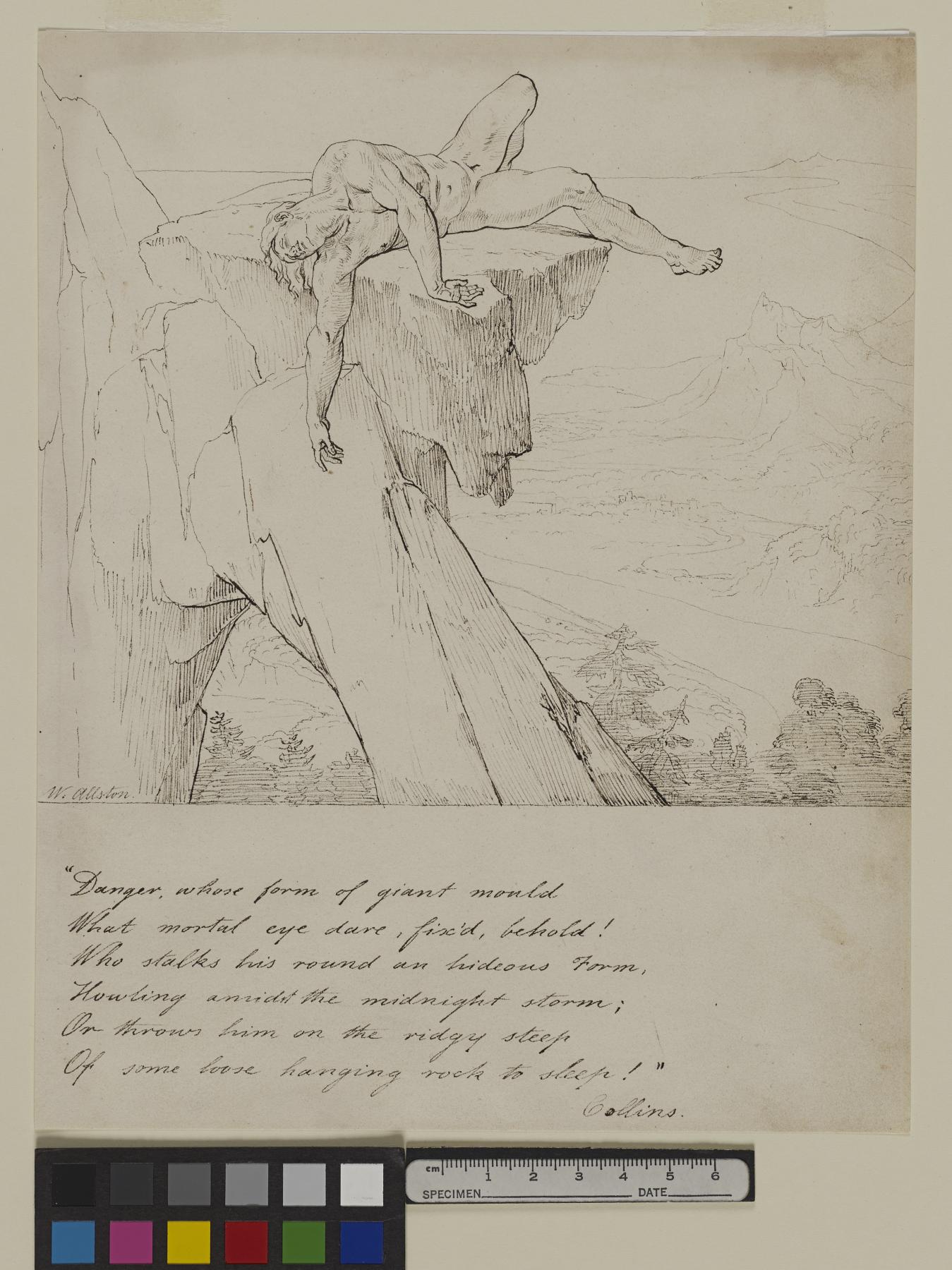 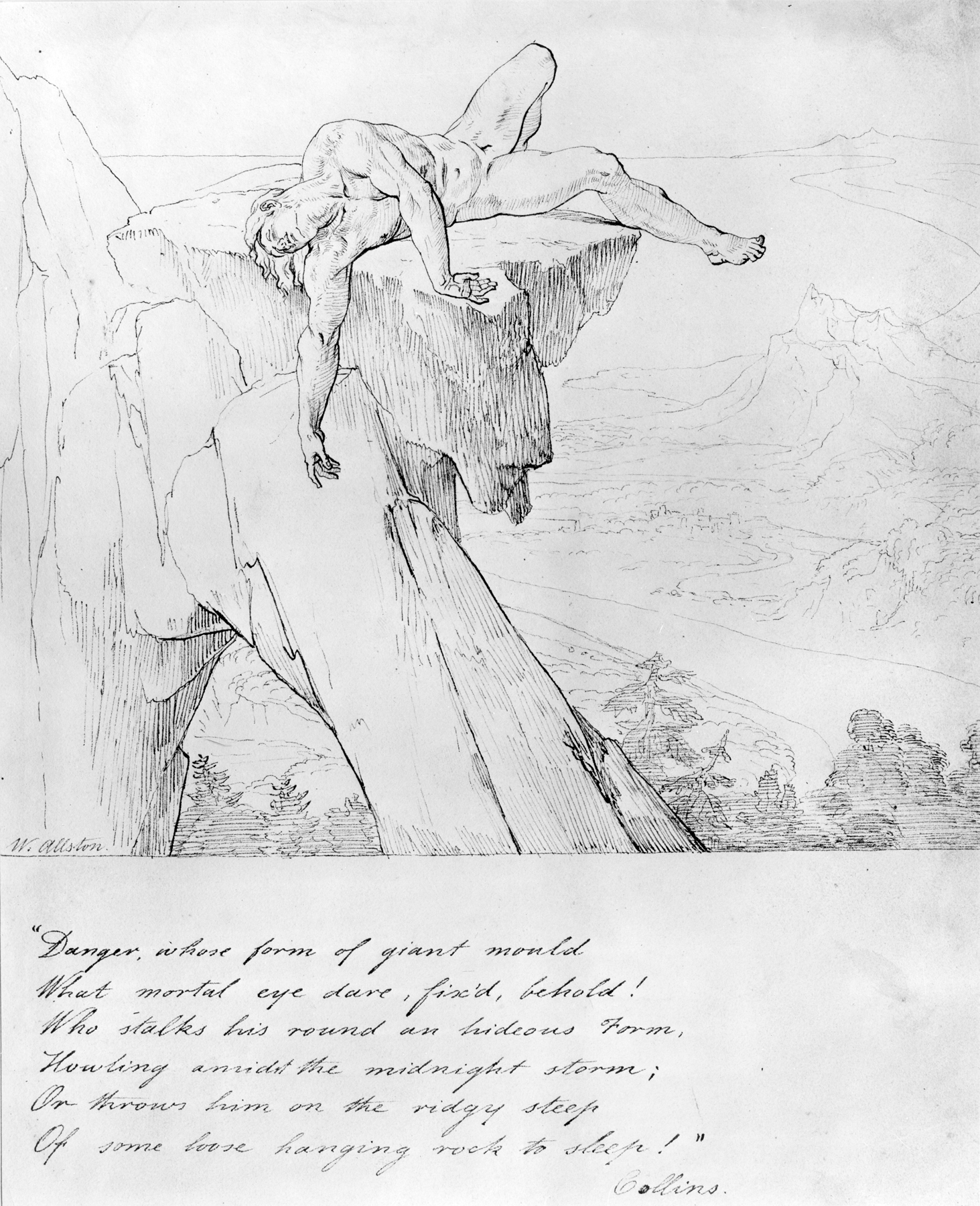 This drawing in ink shows a nude man in Michelangelesque style lying on a jutting ledge of rock, illustrating six lines from the English poet William Collins (1721-1759), written below the drawing, as follows: "Danger, whose form of giant mould / What mortal eye dare, fix'd, behold! / Who stalks his round and hideous Form / Howling admidst the midnight storm; / Or throws him on the ridgy steep / Of some loose hanging rock to Sleep." This work was formerly housed in one of William T. Walters' drawings albums.