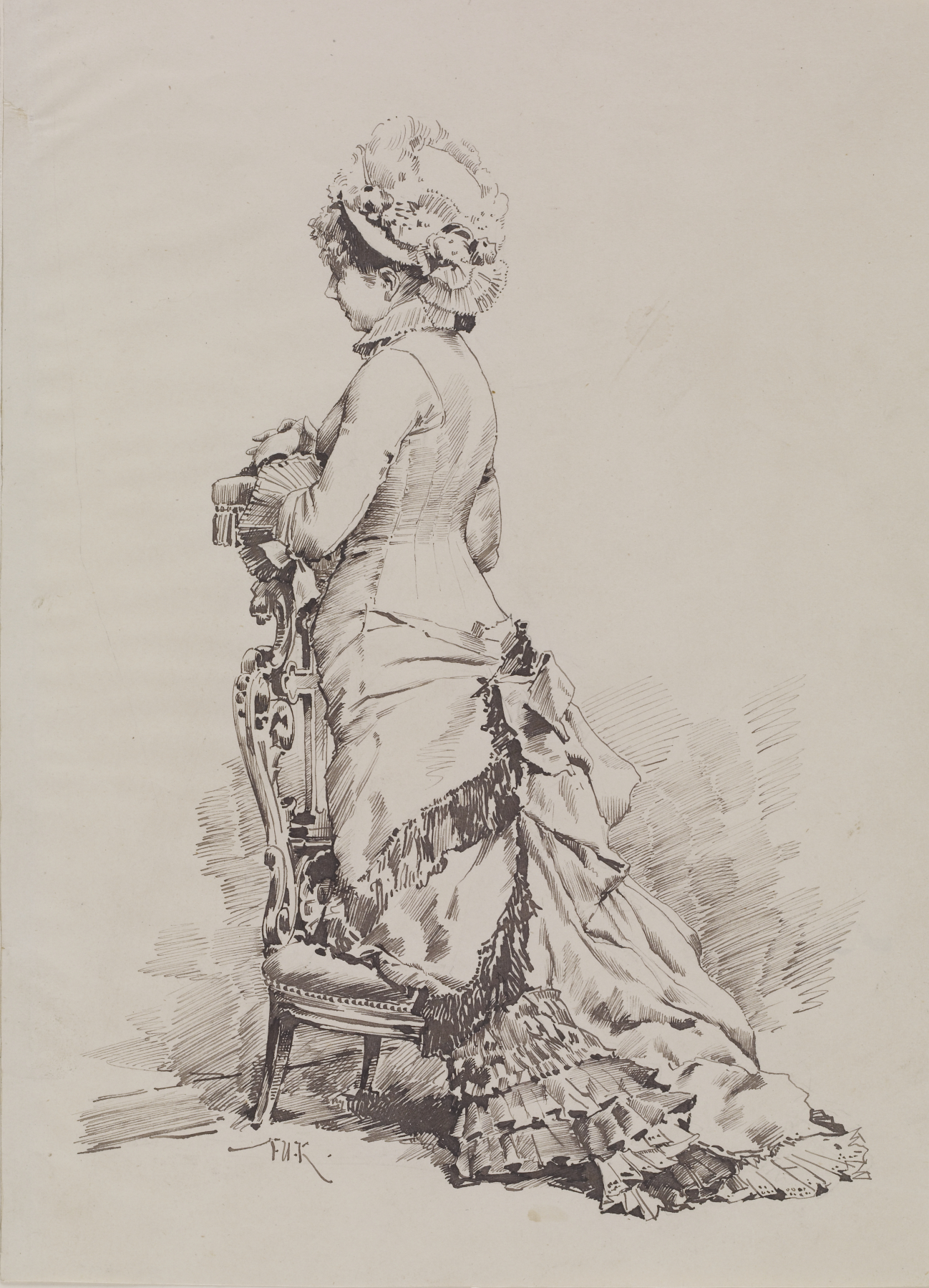 Frederik Kaemmerer was a fashionable painter of historicist scenes and genre pictures. He was of Dutch origin but active principally in France. He studied under Jean-Léon Gérôme (1824–1904) and exhibited at Paris Salon from 1870 onwards and was a frequent associate of Walters' continental agent, George Lucas. Walters kept this drawing in a specially constructed album of drawings of people at prayer that included works by French and German artists.