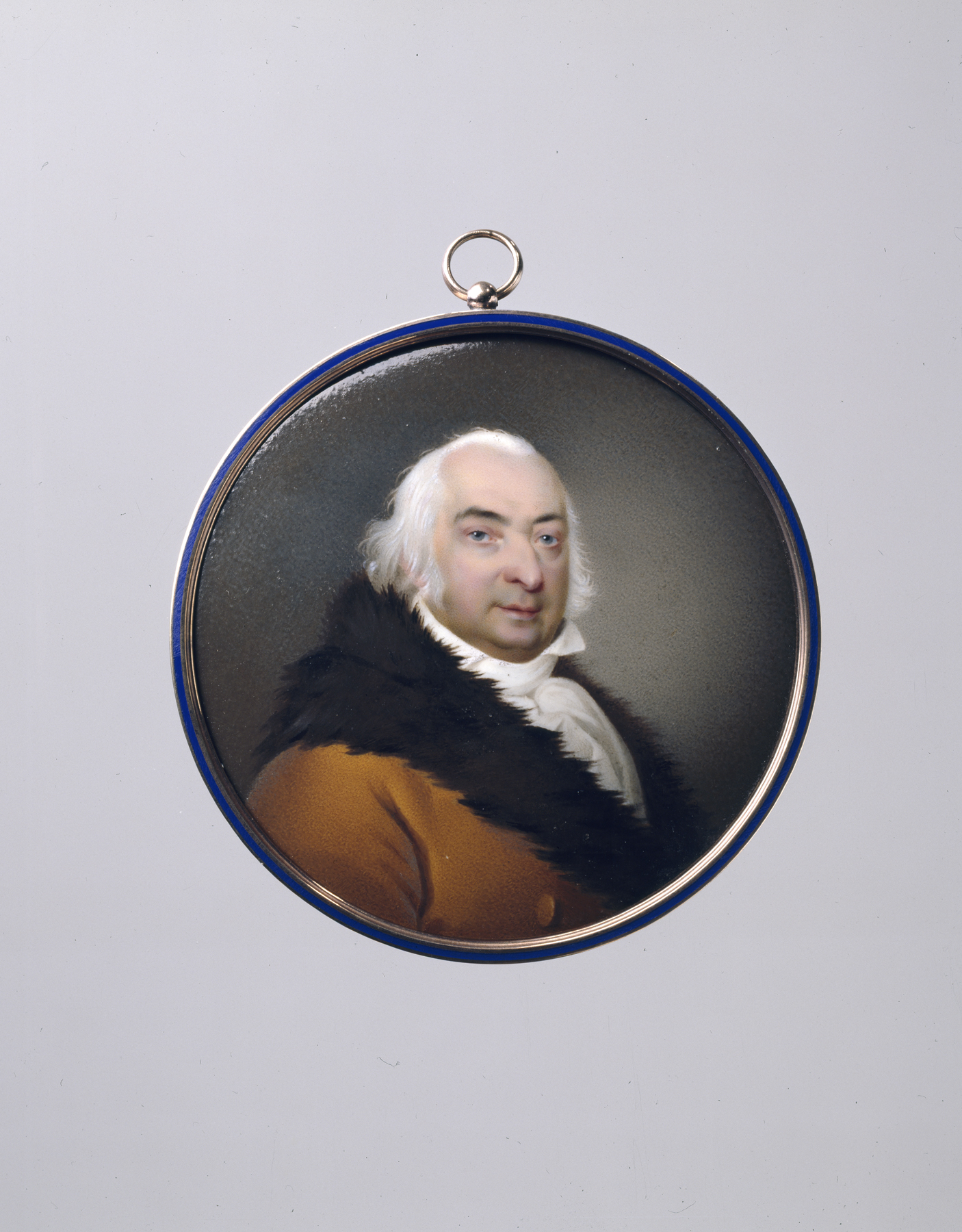 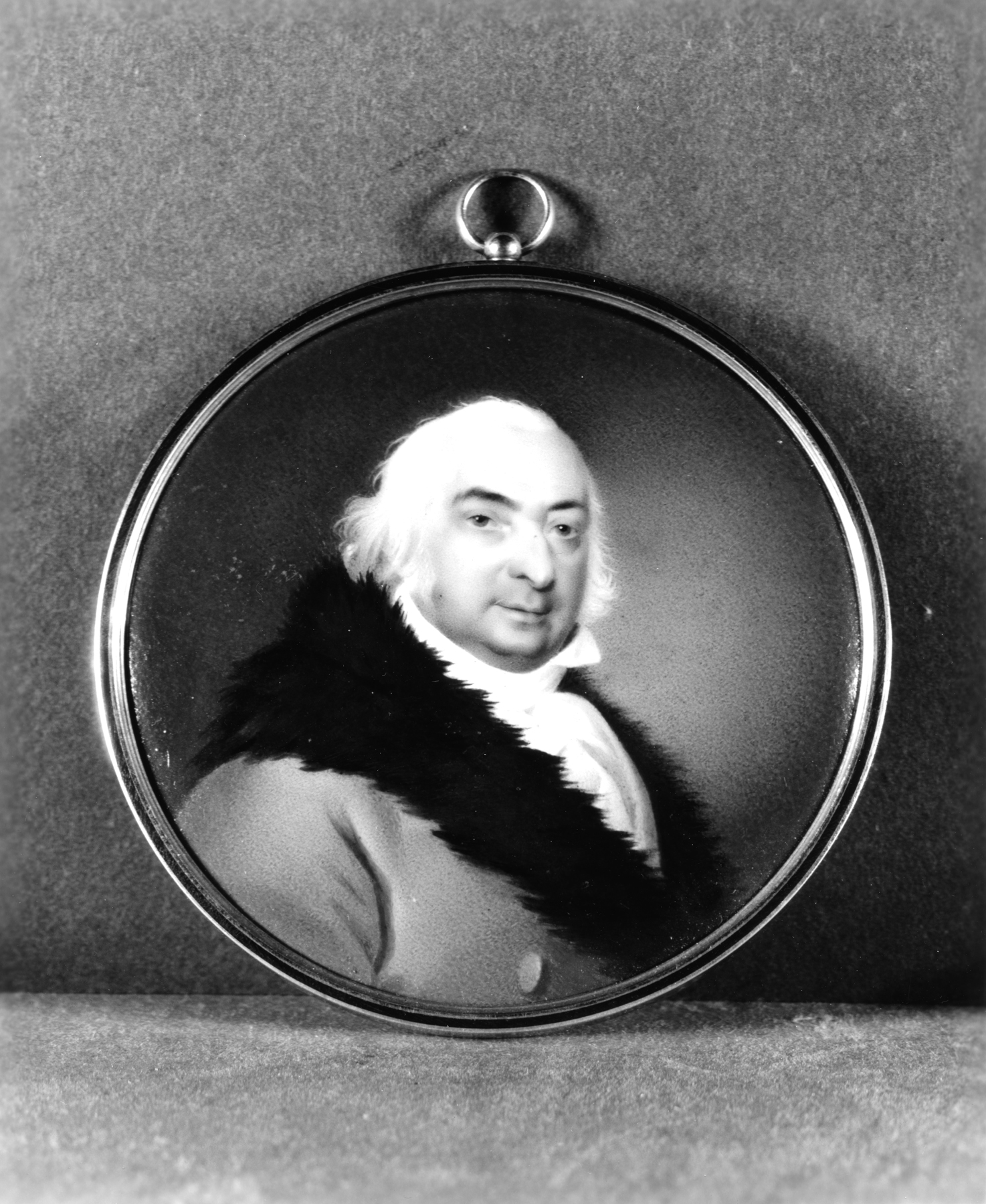 Portrait of an Elderly Man

The white cravat and the grand fur collar of the light brown coat handsomely set off the face of this elderly man with a shock of white hair. At the beginning of the 20th century, Baron N. Vrangel, a leading critic, wrote of Rossi's work, "Rarely did a master of his time transmit so exactly and intelligently, so beautifully and clearly, not only type of his epoch, but also the individuality of each face depicted," ("Ocherki po istorii miniatory v Rossii," in "Starye gody" (October 1909), p. 546).

Pietro de Rossi was one of the leading miniaturists of his day. He attended the class on enamel miniatures taught by Petr Zharkov at the Academy of Arts, and although he was already painting in the 18th century, none of his miniatures from that period are known. In 1813 he was named Academician for a miniature of the sculptor Ivan Martos. In an exhibition at the Academy that year he exhibited five miniatures.
See Notes field