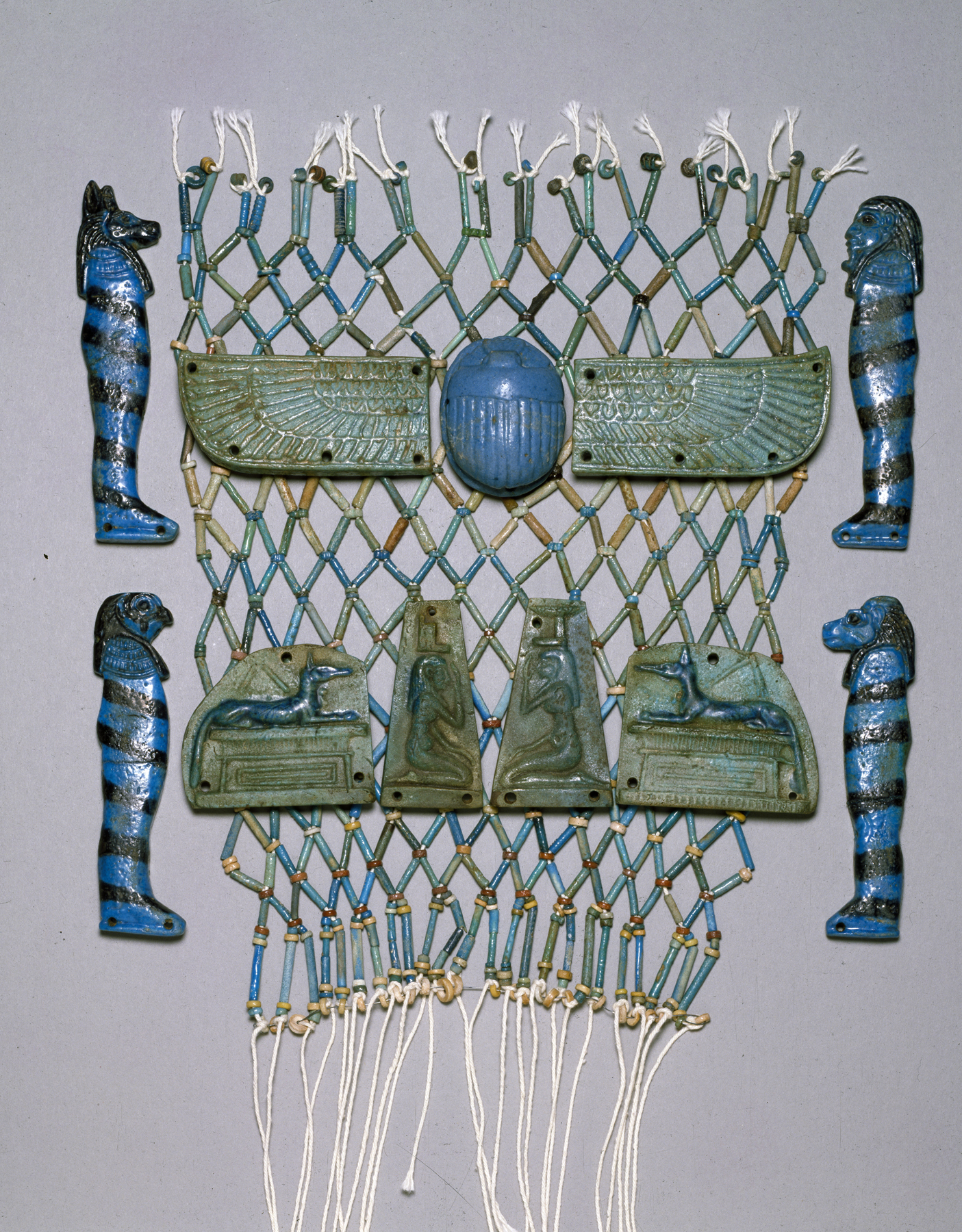 This faience amulet represents Kebehsenuef, the hawk-headed son of Horus. There are four sons of Horus and this amulet is part of a set of four (Walters 48.1638-1641). The sons of Horus protected the vital organs of the body after mummification. The image is that of a hawk-headed, mummiform human. The figure faces proper left. It is composed of blue glazed faience with the details picked out in purple/black manganese. The figure wears a three row broad collar and a tripartite wig. There are five diagonal stripes of manganese across the mummiform body representing the mummy wrappings or braces. A horizontal fracture separated the amulet about midway into two fragments which have since been reattached.

Numerous funerary amulets were usually placed among the many layers of linen strips used to wrap mummies. Specific amulets, along with their required position on the body, are listed in funerary texts such as "The Book of the Dead." Amulets were sometimes sewn directly onto the wrappings or could be incorporated into a bead net shroud covering the mummy. These amulets have been modeled with a flat underside and are pierced by tiny holes around the edges for attachment.