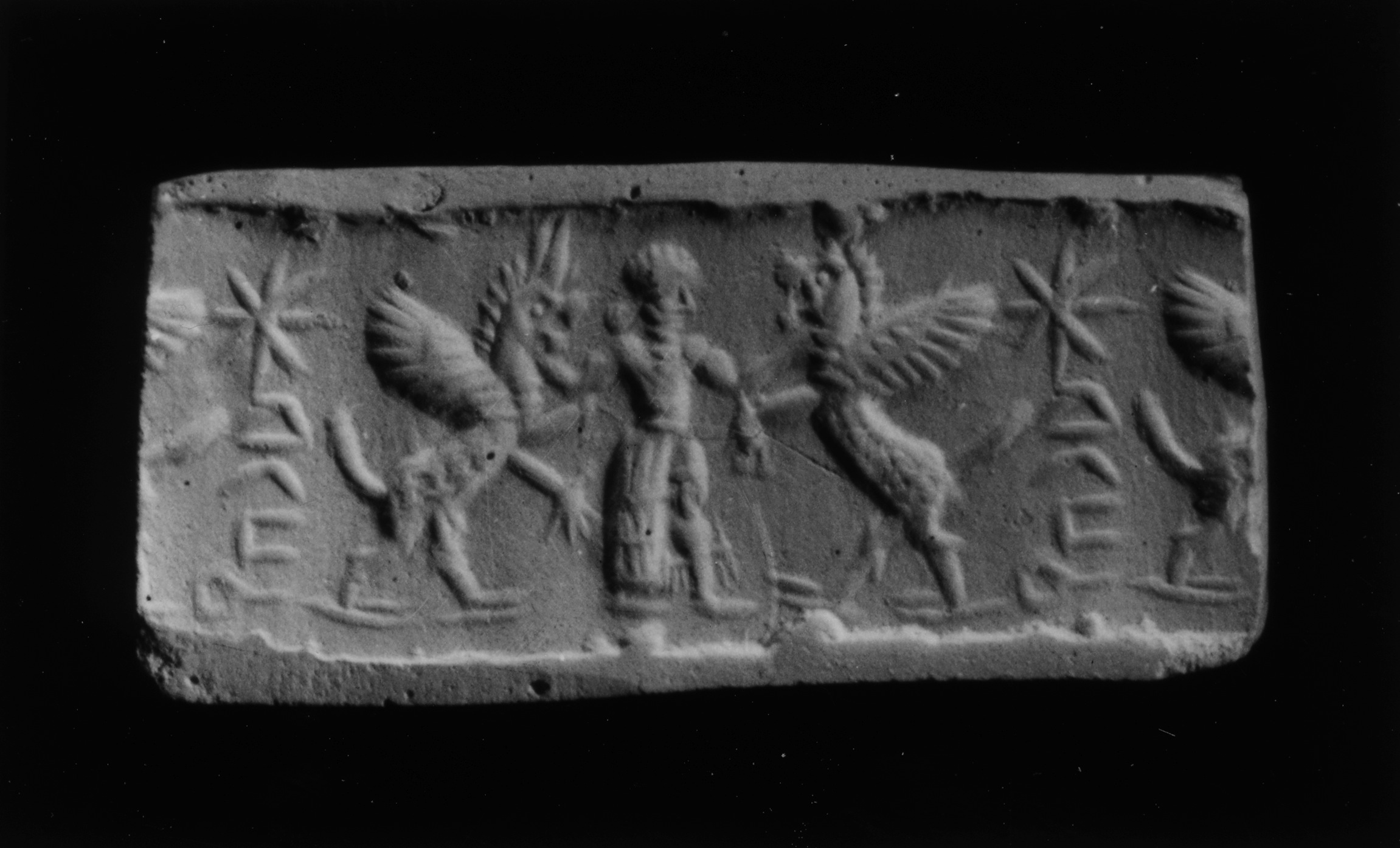 Cylinder Seal with a Contest Scene and an Inscription

This seal depicts a hero standing in a "Master of Animals" pose. He is fighting two rearing winged beasts, grasping one in each hand. An inscription has been incorporated into the scene.