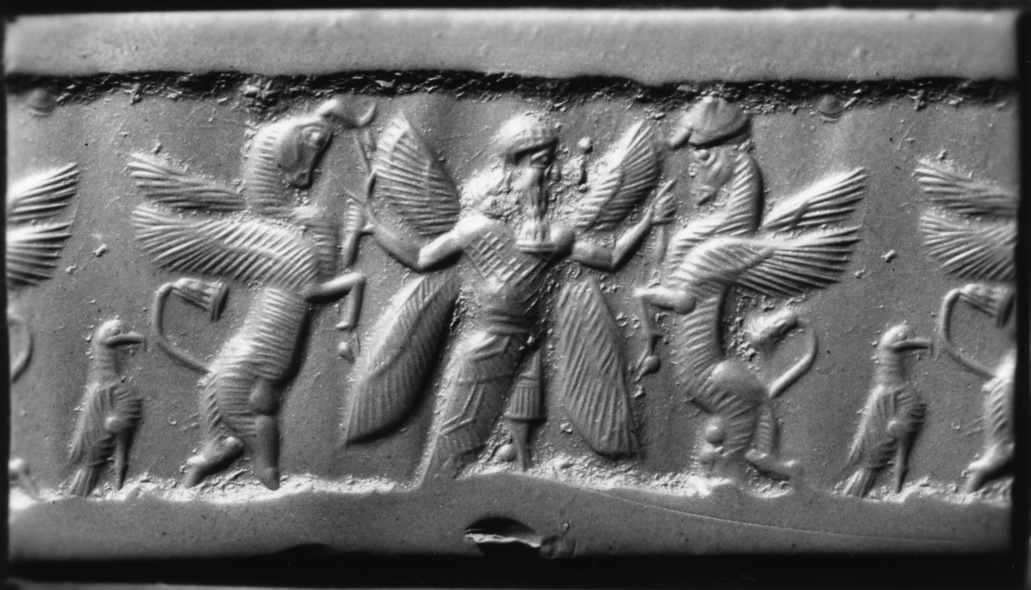 This seal features a winged and bearded hero in a "Master of Animals" pose. He holds the forelegs of two winged bulls, one on either side. A bird is also incorporated into the scene.