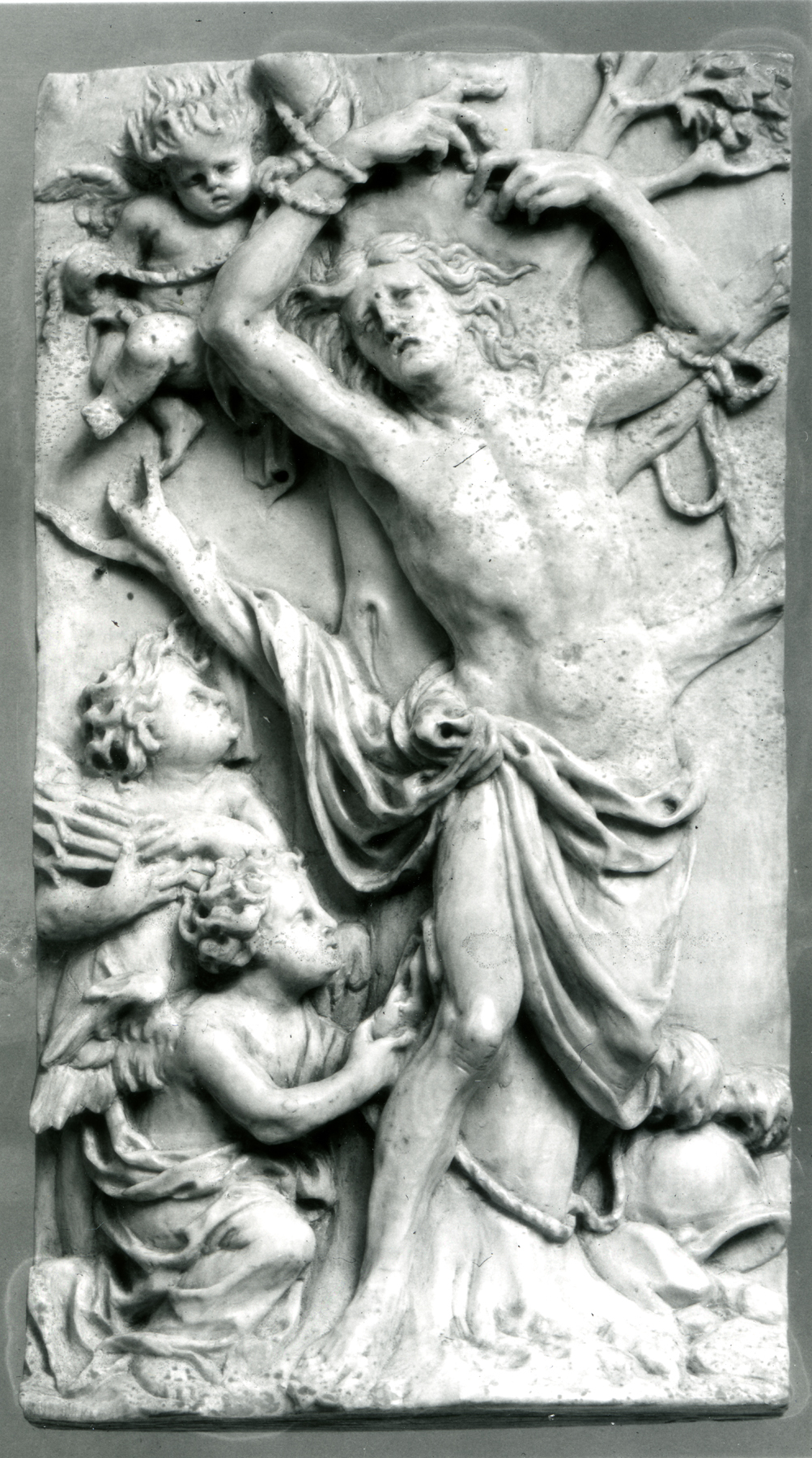 Saint Sebastian is shown tied to a tree, from which two angels are releasing him. A third angel is carrying the arrows with which the saint was martyred. The panel probably formed the centerpiece of a small house altar, and originally would have been framed in ebony. There is a small slanting hole in the upper edge of the panel for attachment.

Angels of similar character can be seen in other Austrian works, such as those by the sculptor Jacob Auer.