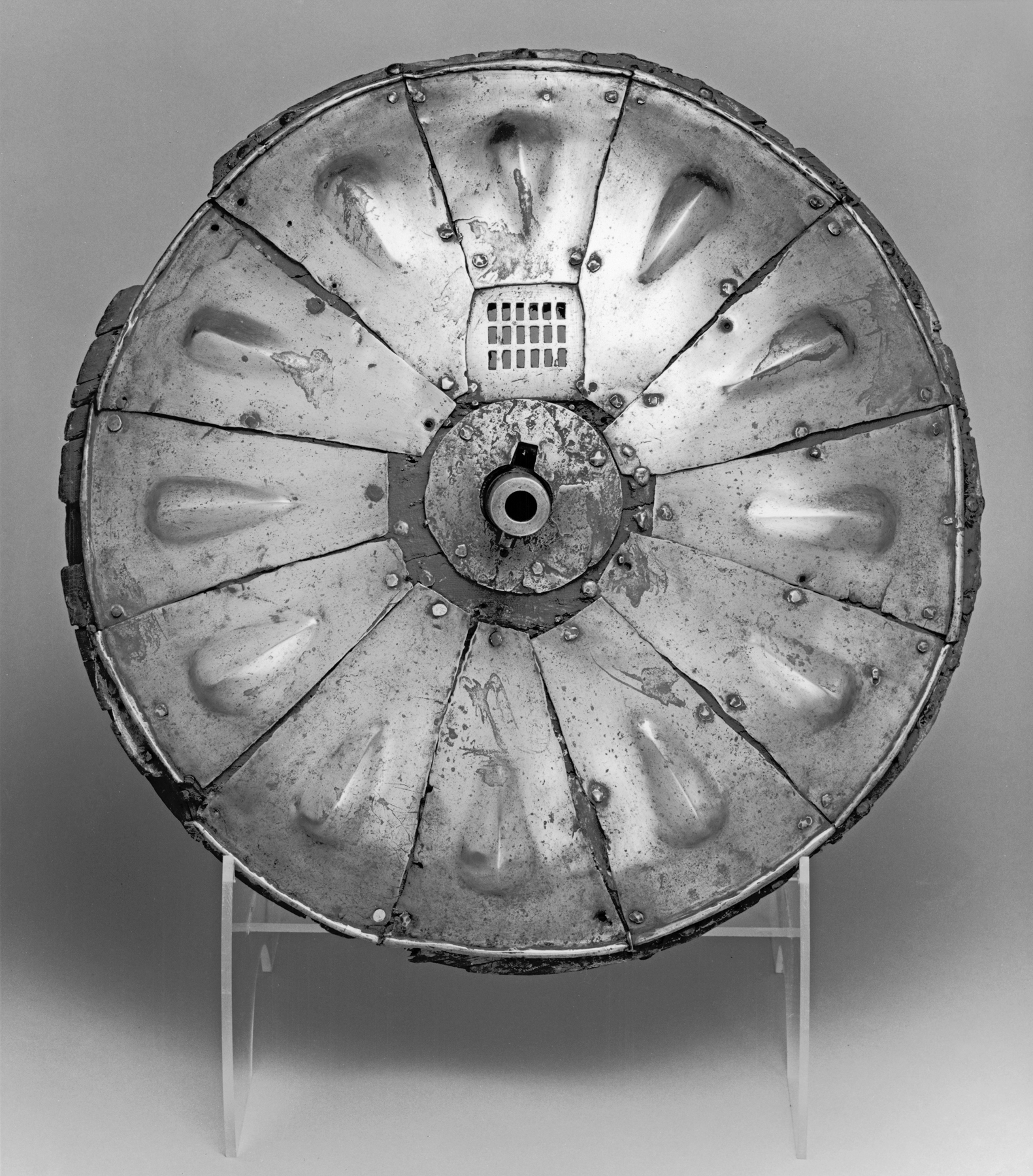 This is a rare, experimental combination of body armor (shield) and a weapon (matchlock gun). The gunsmith Giovanni Battista of Ravenna proposed this gun shield to King Henry VIII of England in 1544. Interested in technology, the king had 100 made for his bodyguards.

As a firearm, it was too heavy to aim unless rested on a support and was rejected for use. However, in the late 1600s, 66 were still kept in the royal armory, perhaps as curiosities. Technological hybrids were appreciated as attempts to do two things at once.

Lock mechanisms for firing guns were made by smiths who made locks for doors or chests. A door lock by Henry VIII's master locksmith is in the Collector's Study.