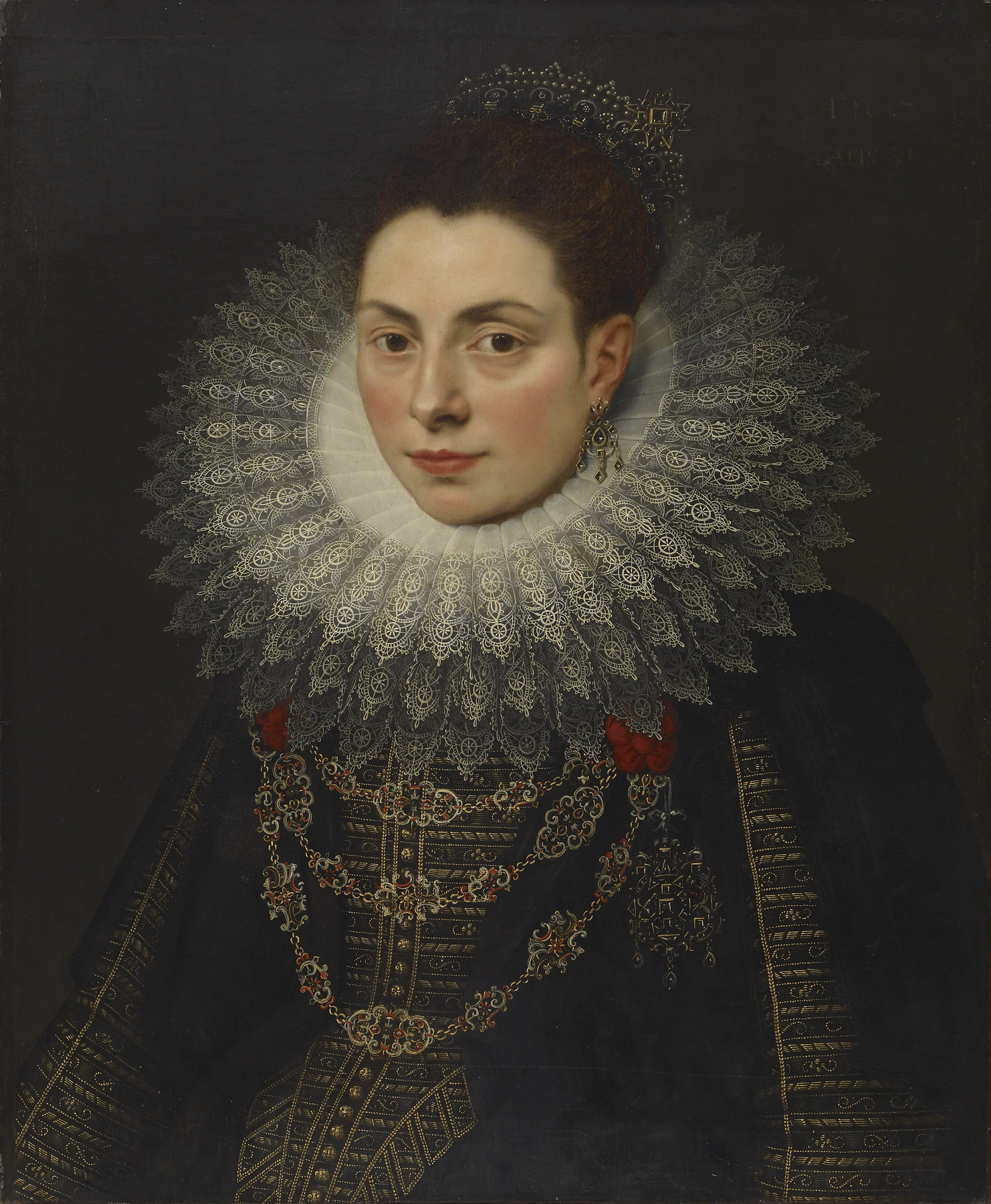 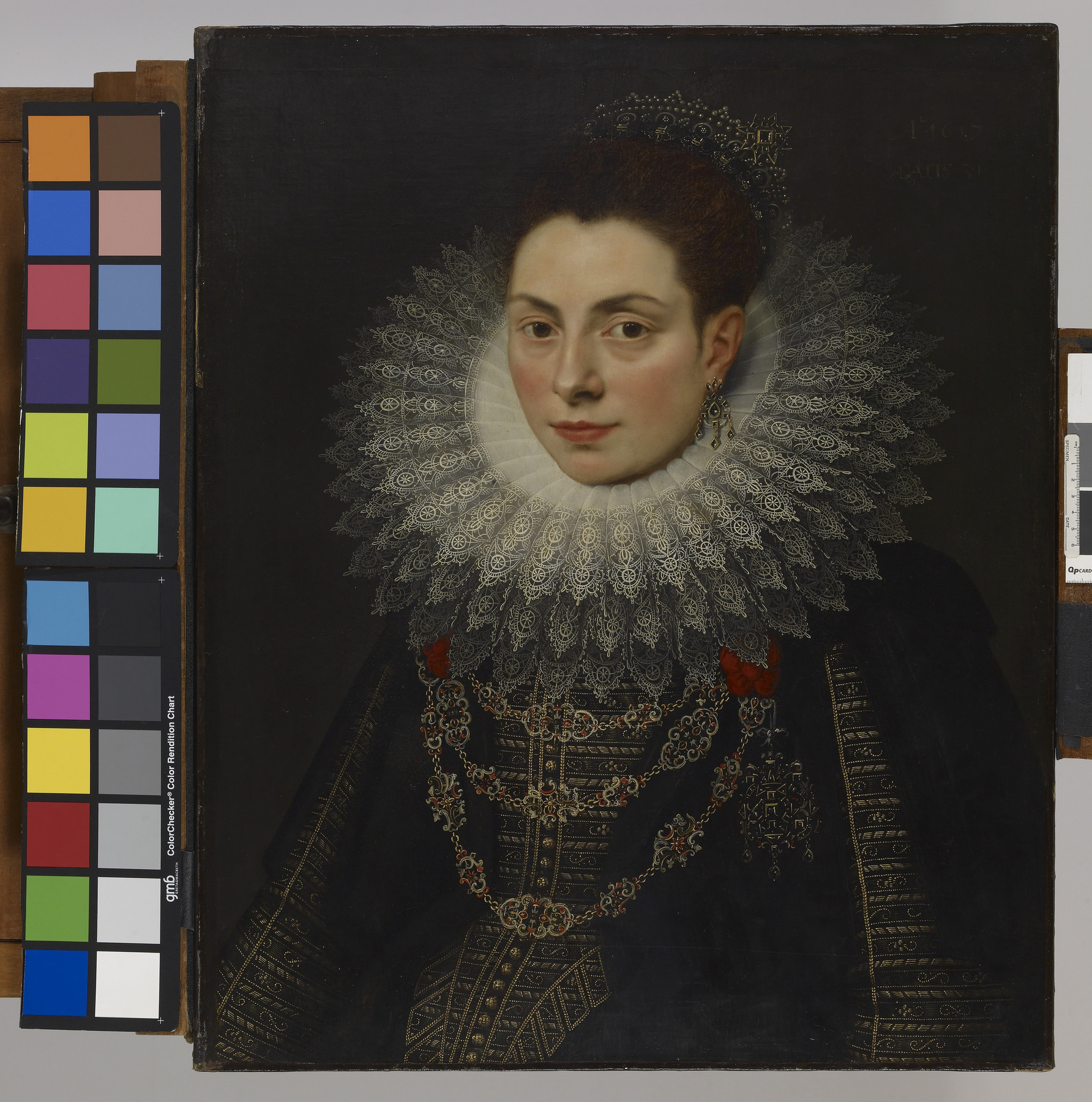 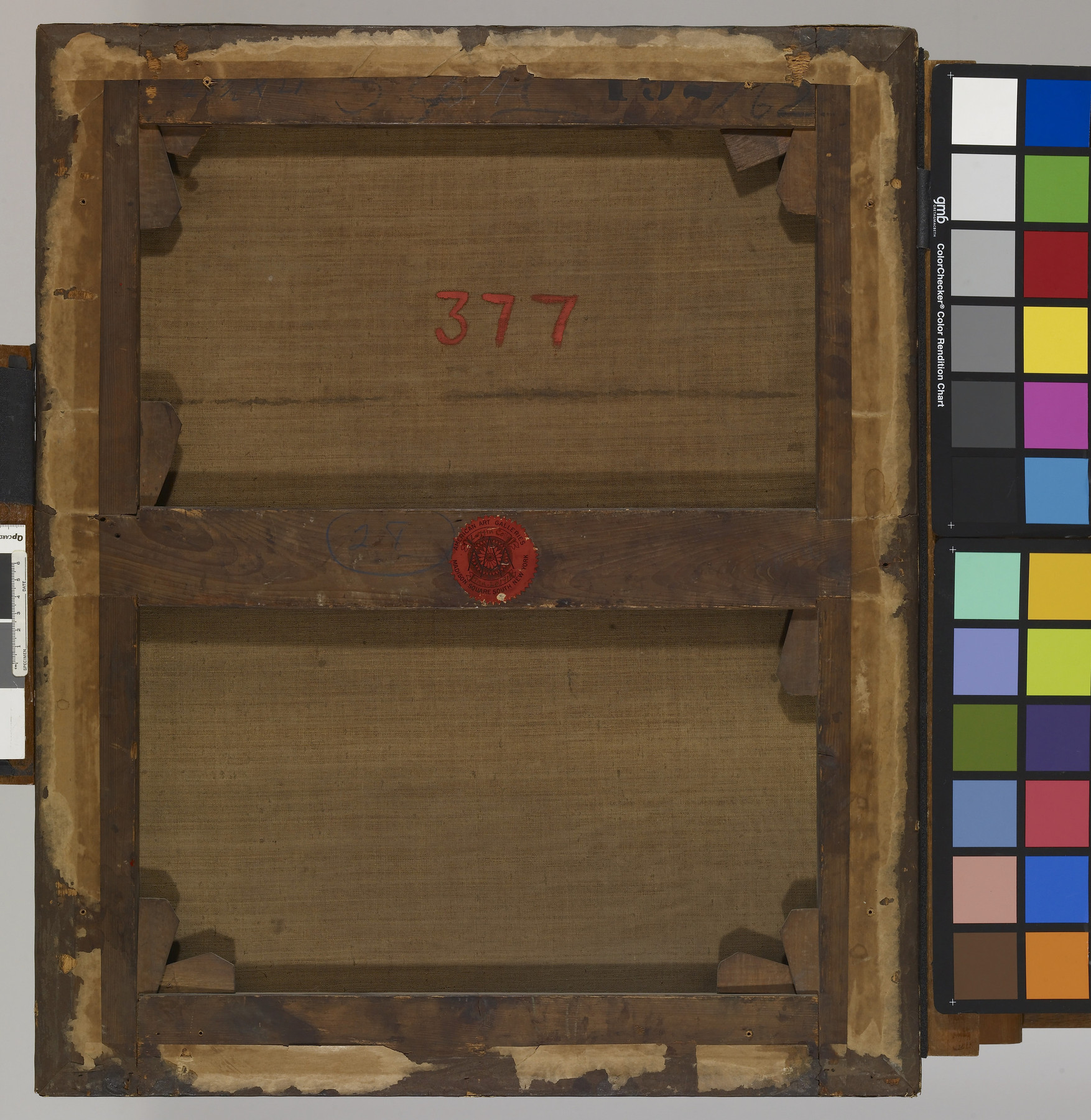 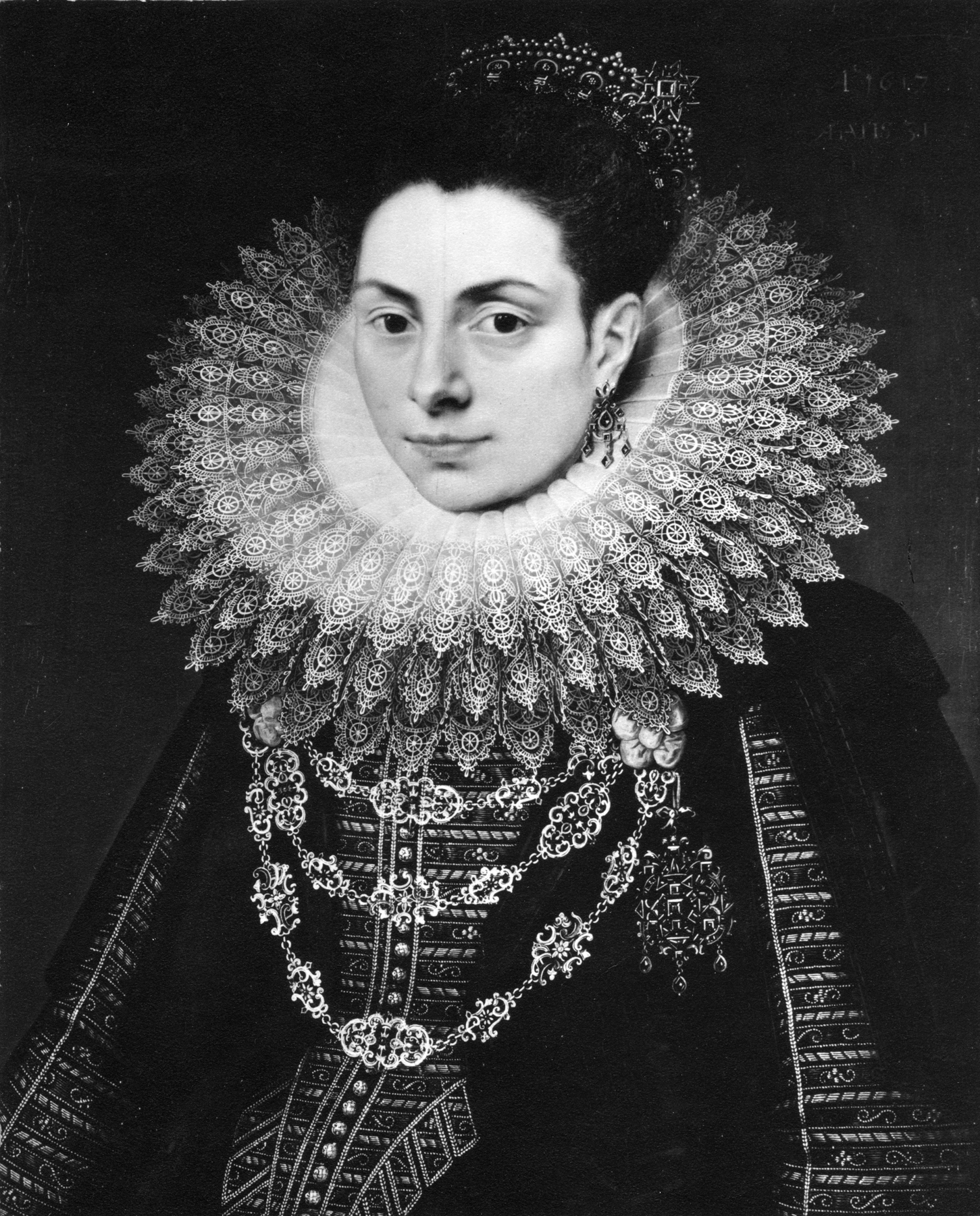 Portrait of a Noblewoman

The intricate gold and enamel filigree collar and diamond pendant are quite fine, but it is the embroidered bodice and ruff of exquisite needlepoint in the Spanish style that really speak to this noblewoman's wealth and sense of fashion. The ruff is similar to that worn by Archduchess Isabella in "The Archdukes Visiting the Collection of Pierre Roose" (Walters 37.2010).

The style suggests that of Frans Pourbus the Younger but is likely that of a contemporary influenced by his successful manner. Pourbus was a superb portraitist of the aristocracy, giving his faces vitality through a very creamy evocation of skin tones while rendering the indications of their status to splendid effect. He was active at several courts including that of the Archdukes in Brussels. After 1609 he settled in Paris, working for Marie de' Medici, widow of Henry IV, and her court. As this painting is dated 1617, the sitter may well be from the Spanish aristocratic families in the cirlce of the archdukes in Brussels and painted by a Flemsih artist imitating Pourbus's creamy skin tones and sense of detail.