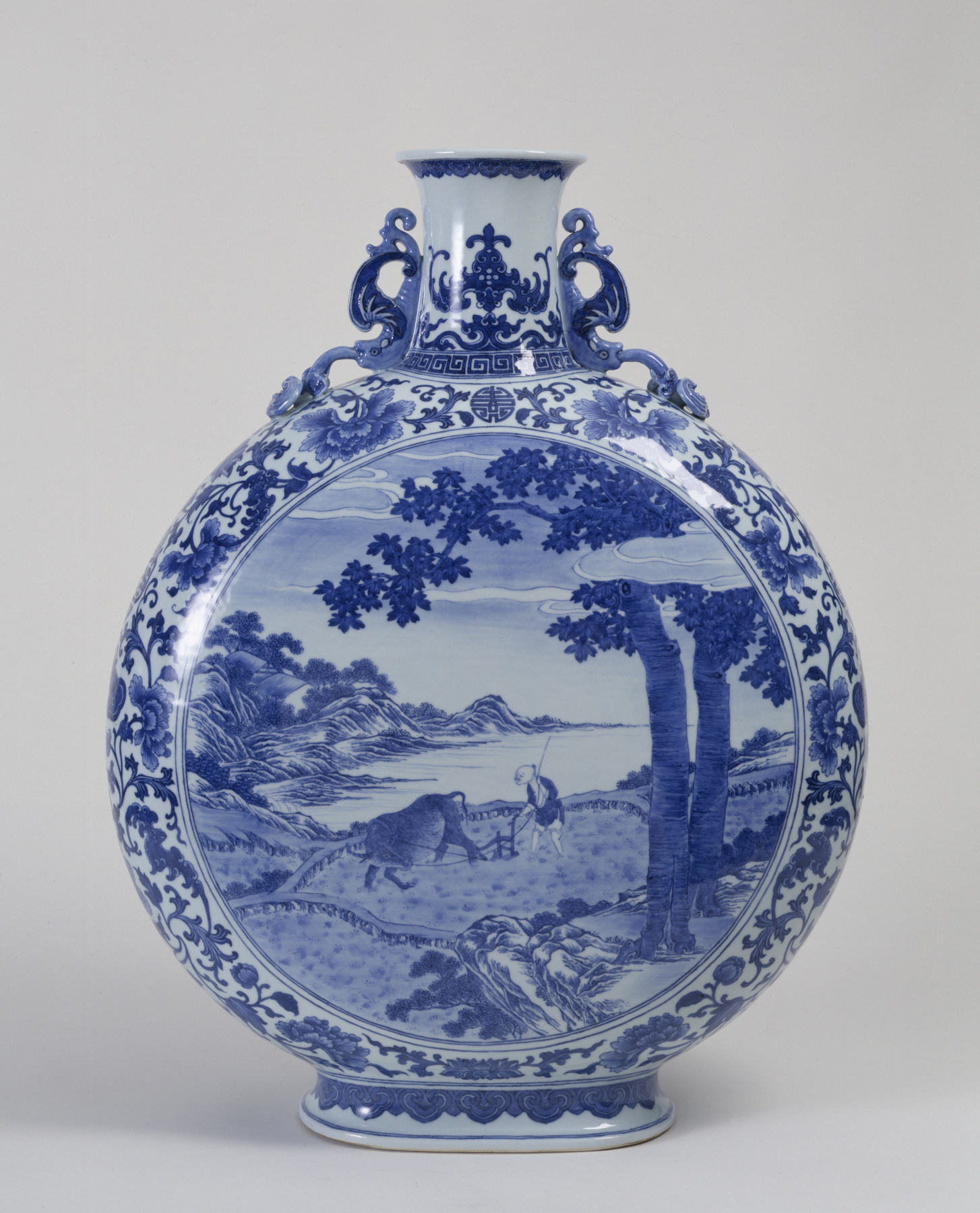 Flask with Scenes of Plowing

This large moon flask is painted all over in underglaze cobalt blue. The panels on either side represent scenes from the Yuzhi Gengzhi tu, a set of forty-six paintings illustrating rice and silk culture commissioned by the Kangxi emperor (1662-1722) in 1696. The series was published in 1712 by the court official Jiao Bingzheng, whom adopted European methods of perspective he has learned from Jesuit missionaries in China.

This flask includes two scenes of a man plowing, a large tree in the foreground and the background filled with water and mountains. Surrounding the scenes are arabesque peony scrolls; the neck is decorated with sculpted bats eating fungi and painted bats between them. A seal mark is placed centrally above the round scene-filled panels. The cobalt blue pigments are applied in varied shades of subdued blue, softly brushed on the receding sky and speckled on the fields. Textures abound with the use of thin brush strokes, patches of wet pigment, splattering, or dragging pigment.