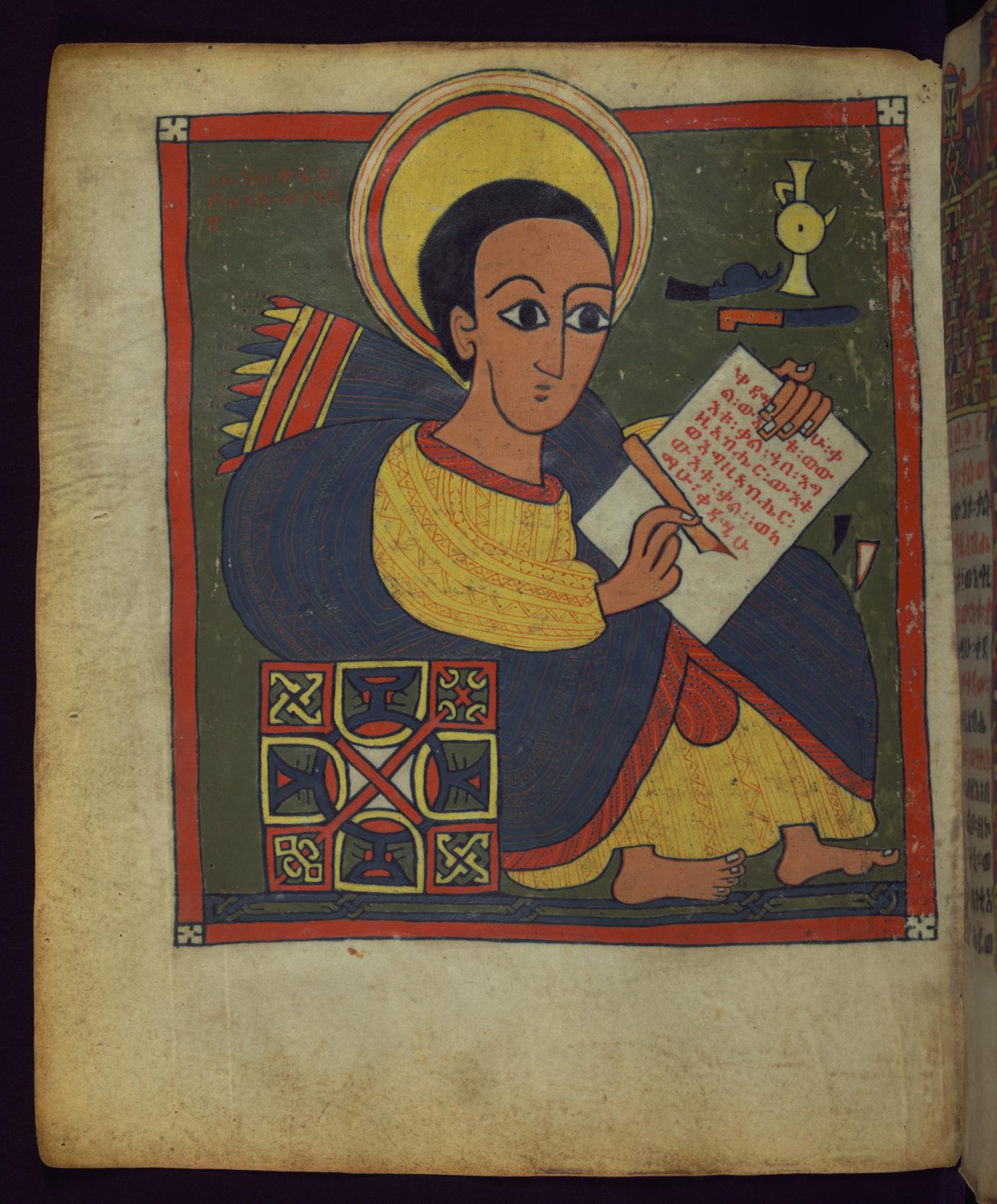 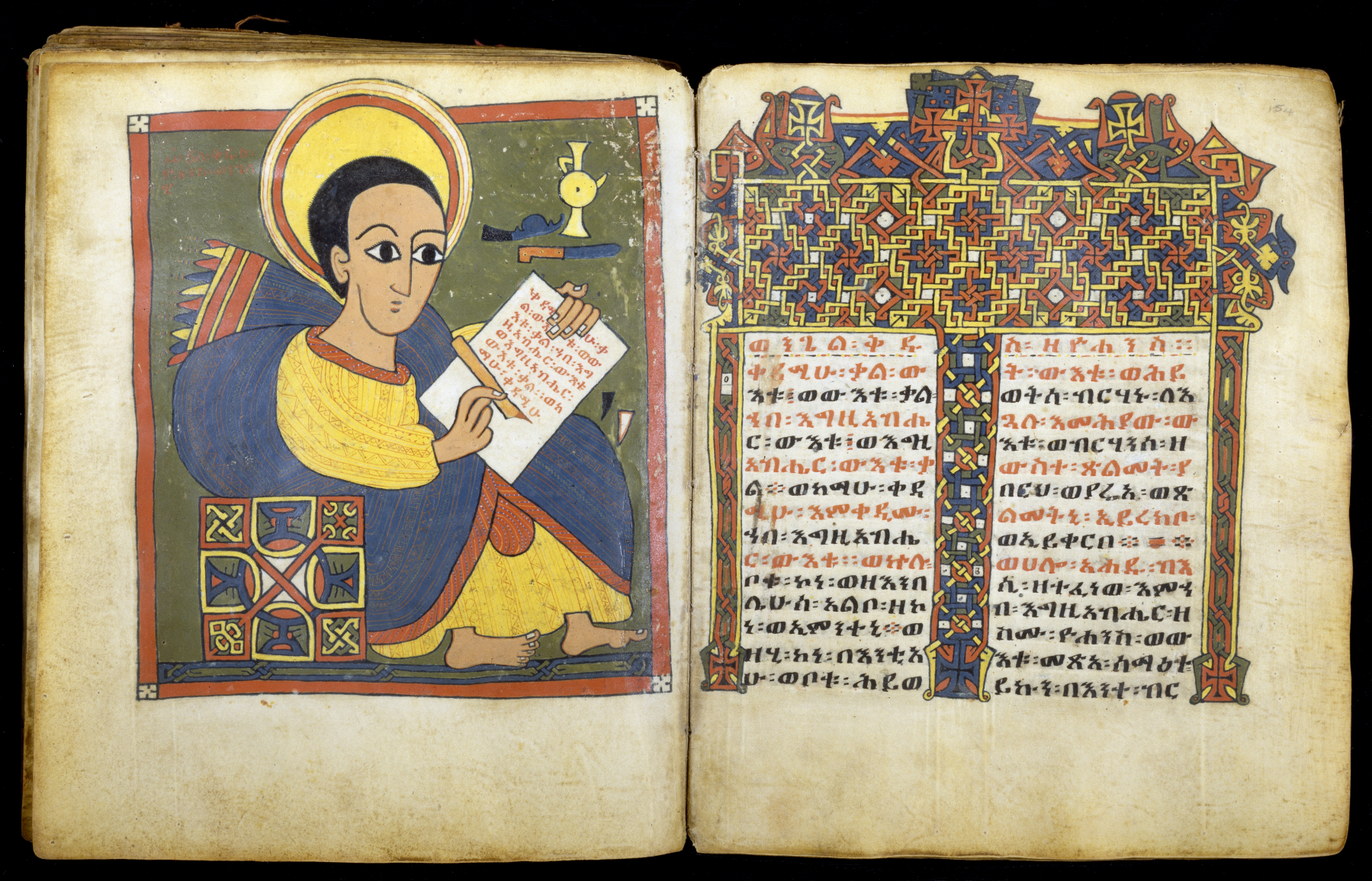 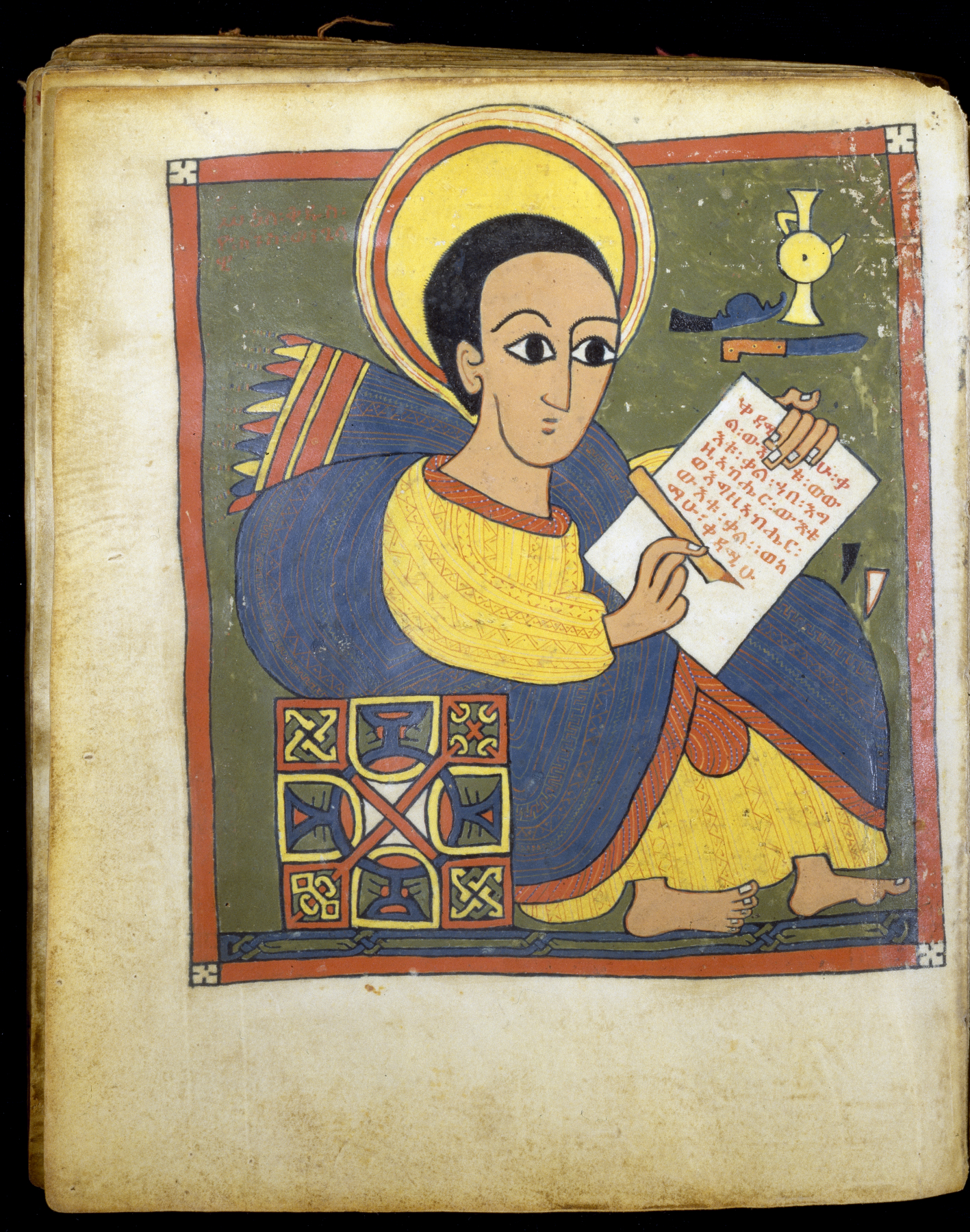 Leaf from Ethiopian Gospels: Portrait of the Evangelist John

In this full page portrait, John the Evangelist is depicted as having already copied John 1:1-2. It is a leaf from a large Ethiopian Gospel Book that was made in the first half of the sixteenth century and is written in Gǝ‛ǝz, the traditional liturgical language of the Ethiopian Orthodox Church. Containing eleven full-page miniatures, six canon tables, and five elaborately ornamented ḥarägs, or headpieces, this manuscript represents the golden age of what has been termed the Gunda Gunde style, named after a monastery in the district of Agame. The Gunda Gunde style is characterized by bold blocks of color defined by detailed and often delicate linear motifs. Figures are highly stylized and expressive, while the accompanying canon tables and ḥarägs are filled with intricate interlace and geometric forms. The manuscript is exceptionally well preserved, and is an excellent and rare example of Ethiopian illumination from one of its important artistic centers. 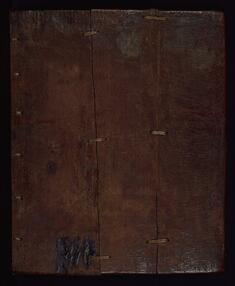