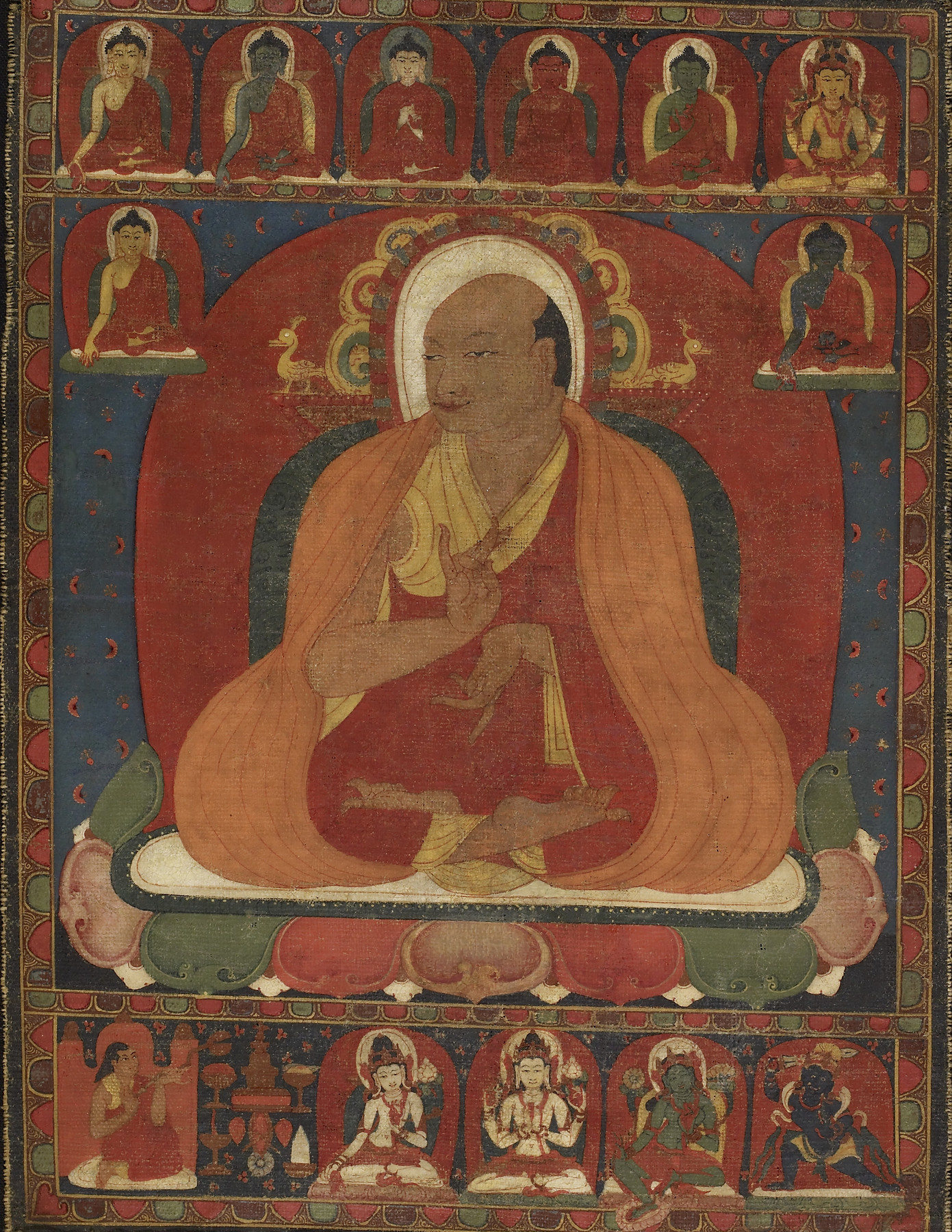 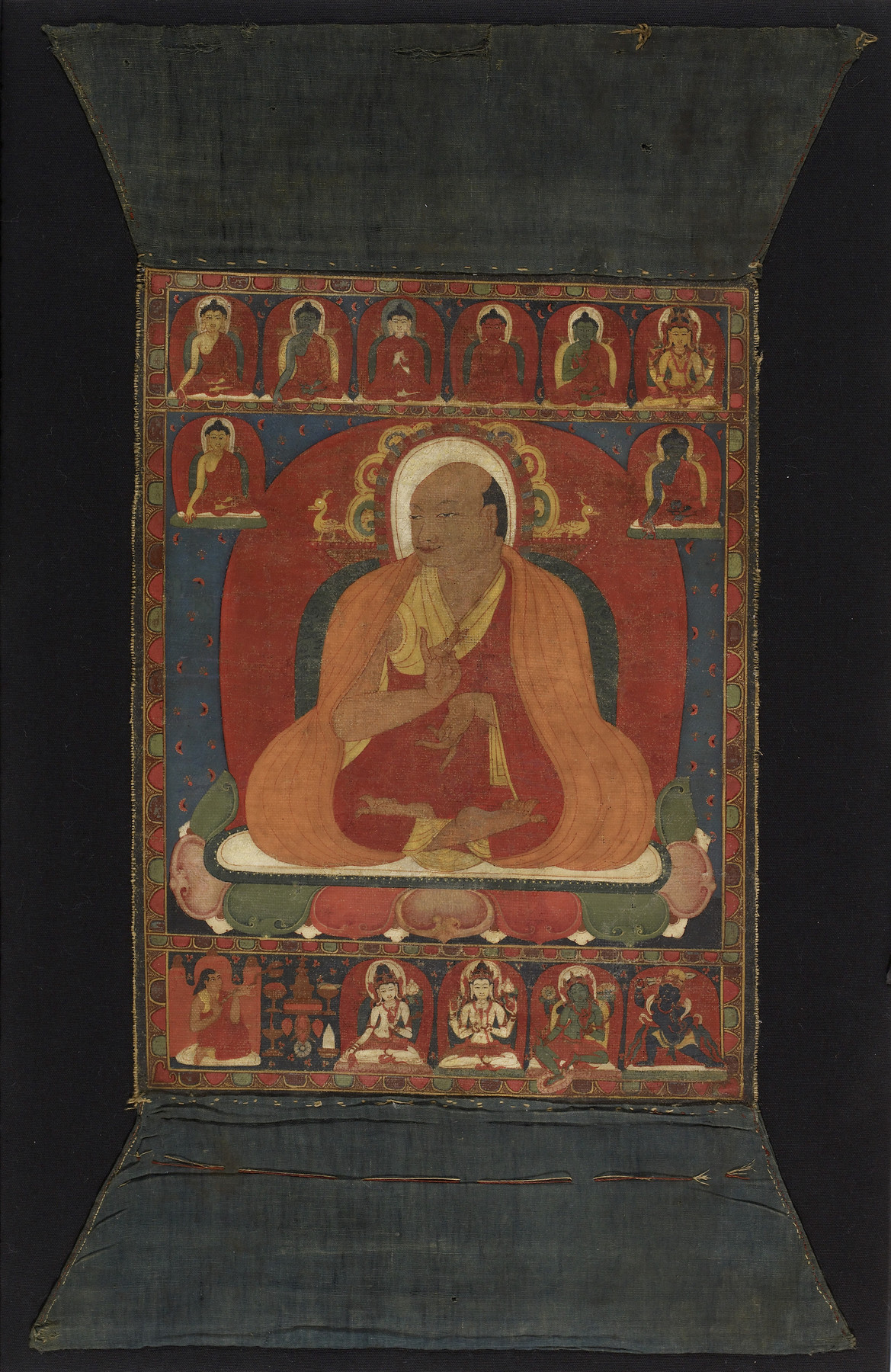 Portrait of a Tibetan Monk

Wearing the robes of a Tibetan Buddhist monk, the individual depicted in this portrait was probably a teacher of the Kadampa order. The painting’s patron, perhaps a disciple of the monk, is seen in the lower left corner, gazing toward the teacher. Sitting before an altar and holding an offering lamp, he too wears monk’s robes but has the long hair of a layman. The four deities to the right of the altar are especially important within the Kadampa tradition: from left to right we see the goddess or female bodhisattva White Tara, the male bodhisattva Shadakshari Avalokiteshvara, the goddess-bodhisattva Green Tara, and the wrathful buddha Achala. Seated along the top register are the five celestial buddhas and a four-armed goddess, probably Prajnaparamita (“Perfect Wisdom”), considered the mother of all buddhas and the embodiment of wisdom. Below them, the historical Buddha, Shakyamuni, and the blue medicine buddha flank the monk at the center. Framed by multicolored lozenge shapes representing jewels, the portrait was painted in a style first developed in eastern India, home to many sites of Buddhist pilgrimage and birthplace of the eleventh-century master Atisha, whose teachings were foundational to the Kadampa tradition.