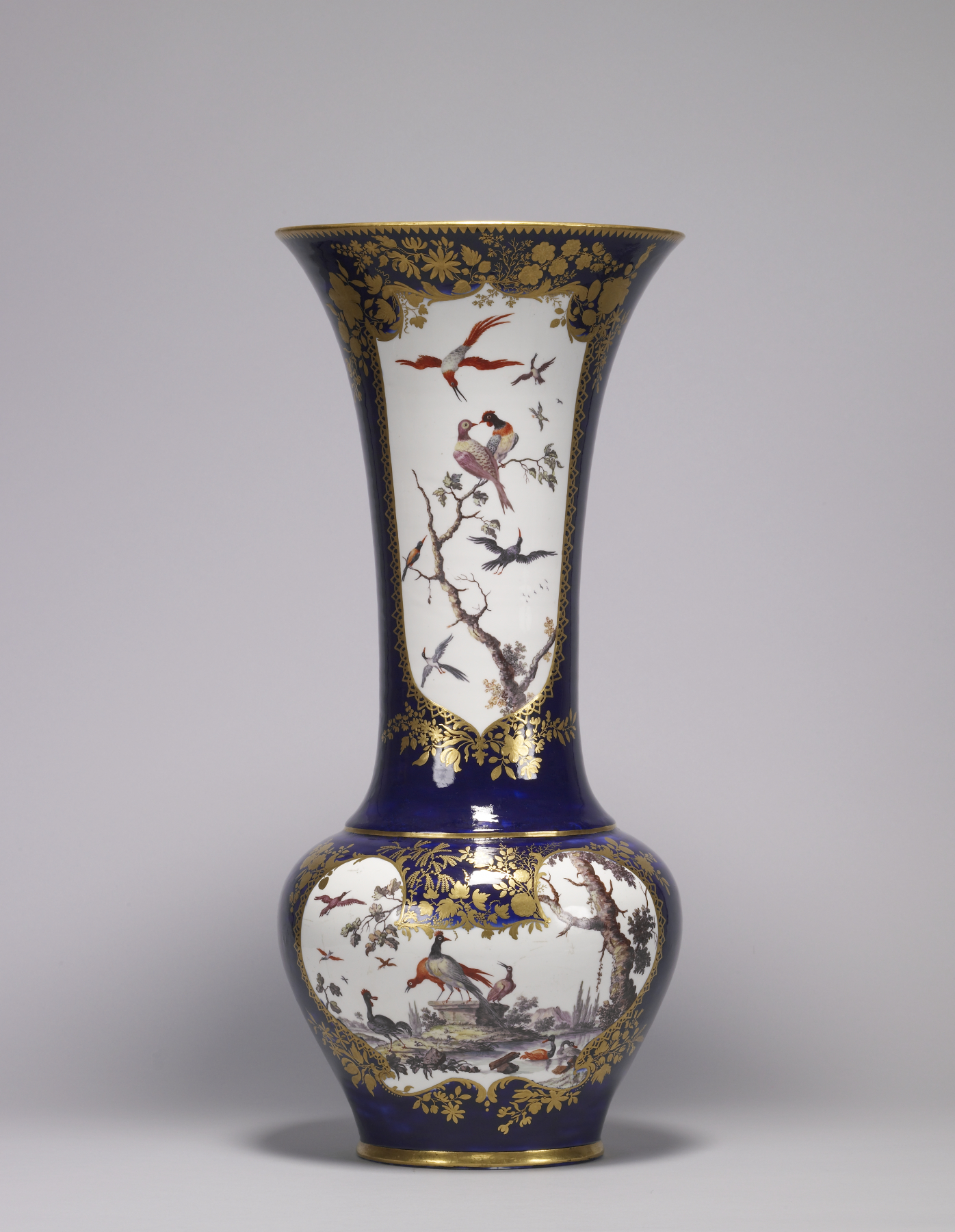 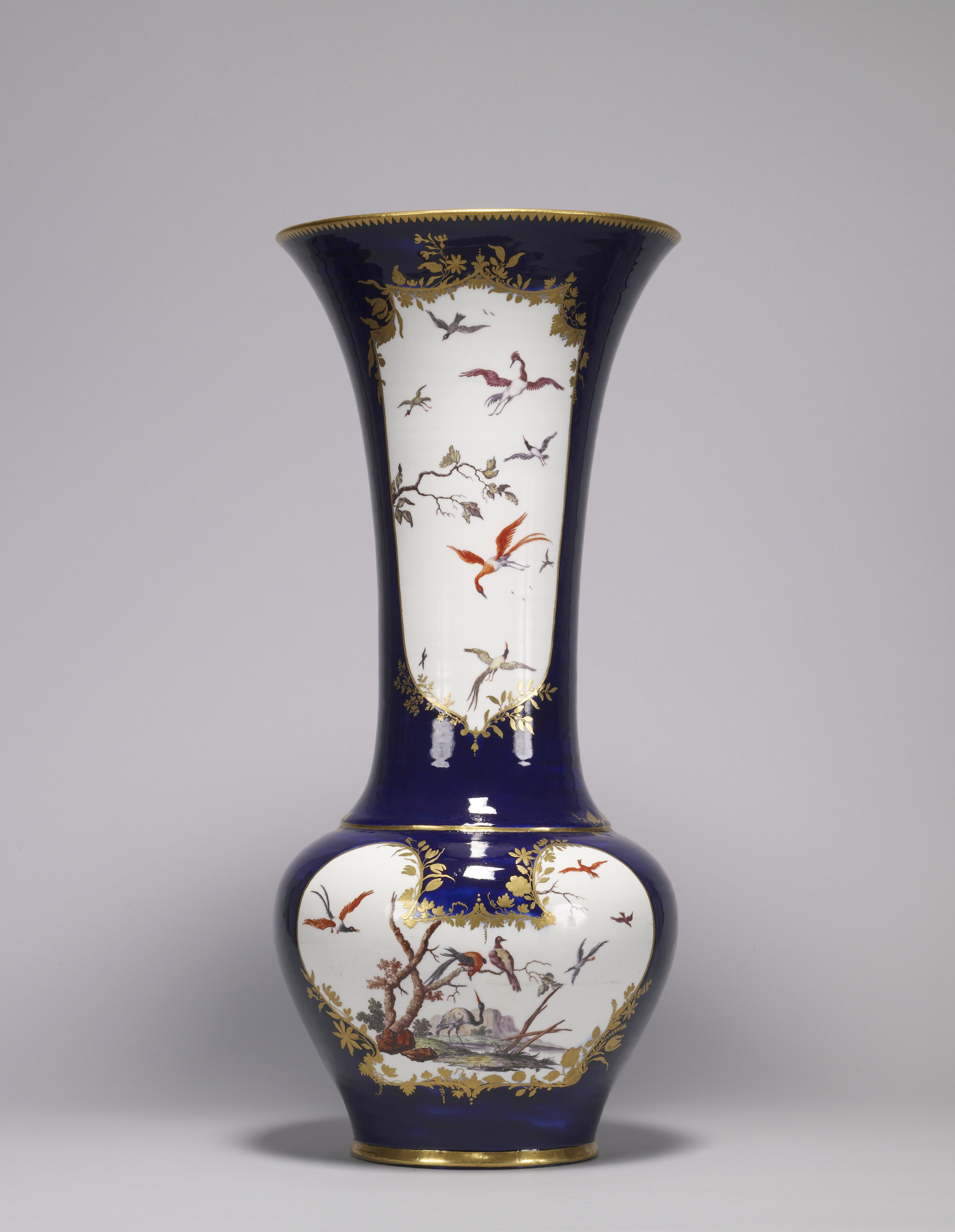 The mark used on Chelsea porcelain from 1758 to 1769 was a gold anchor. Objects from this period are commonly called gold-anchor wares. This high jar not only has a gold anchor on its base, but also a rare gold letter, "I." It may be the initial of the painter or gilder who decorated the jar, or it could be a Roman numeral indicating the jar was one of a pair. The birds and trees were painted by Jeffreyes Hammet O'Neale.

Castle of Herrenhausen, near Hanover [said to have been stolen from there in 1848]; George R. Harding, London [date and mode of acquisition unknown]; Henry Walters, Baltimore, 1911, by purchase; Walters Art Museum, 1931, by bequest.