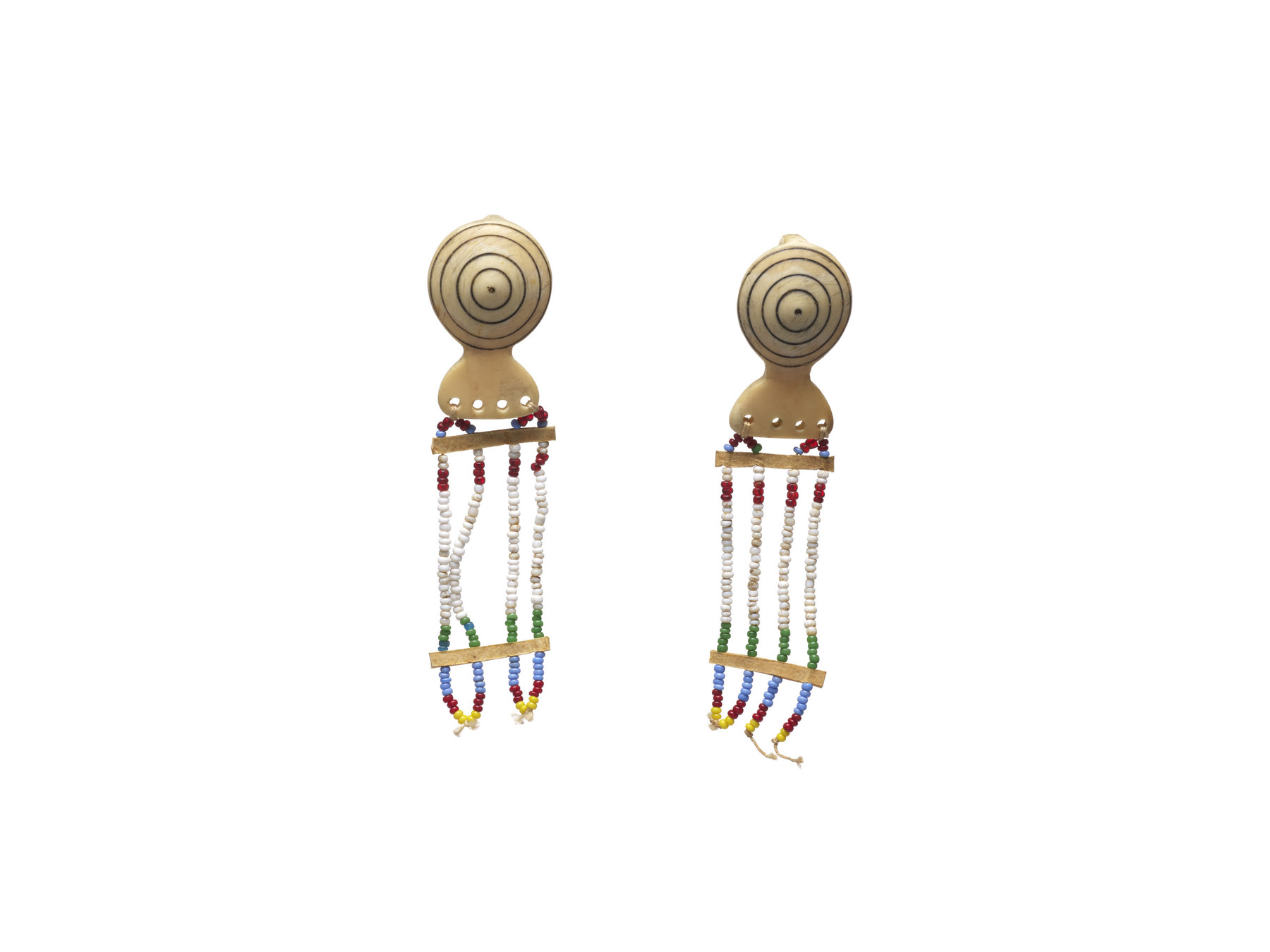 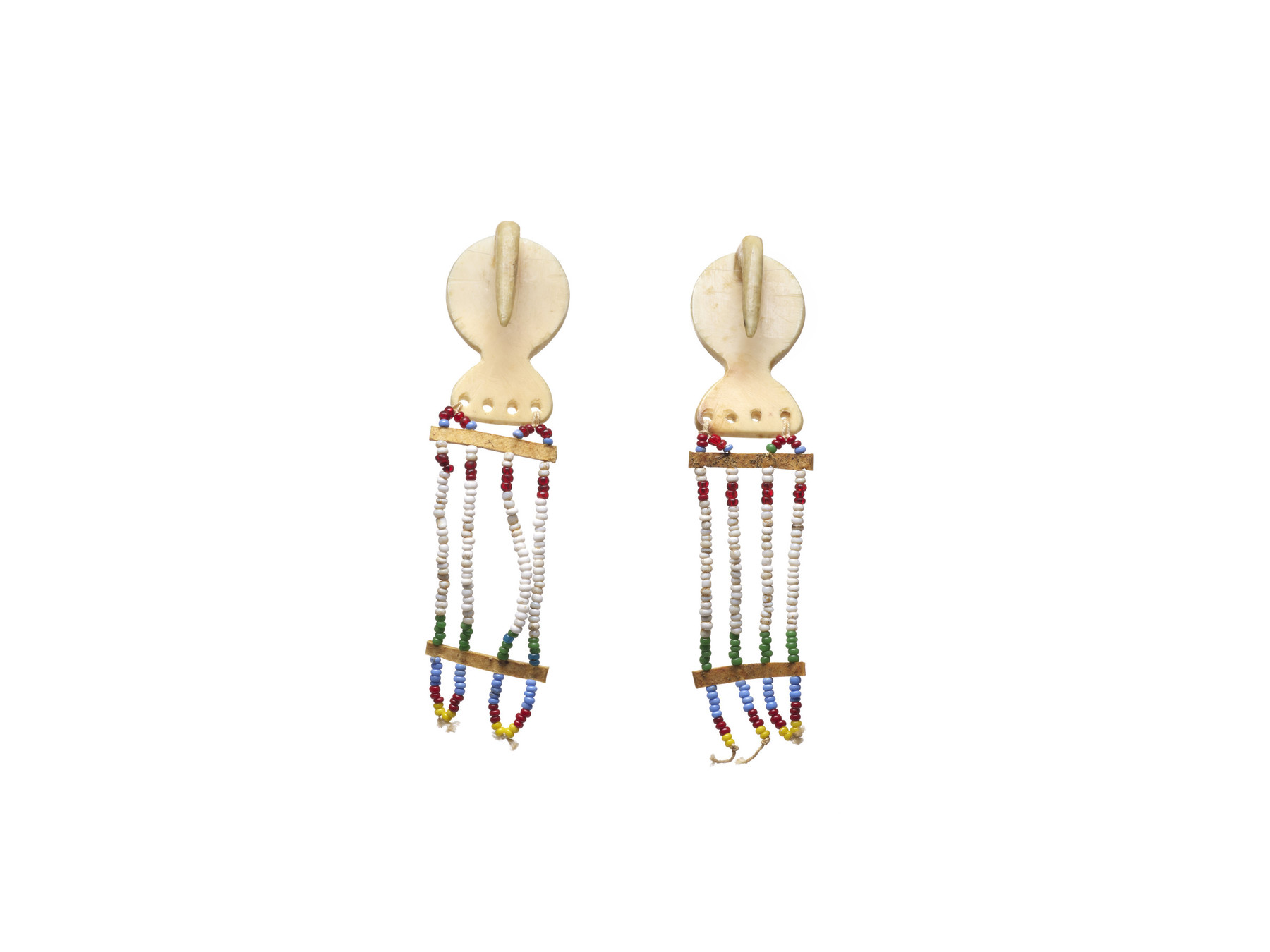 In the Yup'ik language of central Alaska, these earrings are called aqlitek. Young girls' ears were pierced, and it was believed that the hole created needed to be kept open by threading it with seagrass. Over time, larger cords and ropes of the grass were added, to enlarge the piercing. By tradition, if the hole in her ear closed, the girl's eyesight risked being ruined. The earrings combine dangling strands of colored glass beads (brought in via trade) with a walrus ivory hook at the top. The design carved and painted on the ivory represents Ellam Yua, the universe's supreme being or force, fittingly represented by concentric circles that have no beginning or end. This design is frequently represented on similar ear ornaments collected by museums in Alaska from the late 1800s - early 1900s.
These were reportedly collected on Nunivak Island, or perhaps from the town of Kanganak (today known as Kipnuk), fairly nearby on the mainland.

Gift of the estate and family of Mrs. Olga Monks Pertzoff, 1985