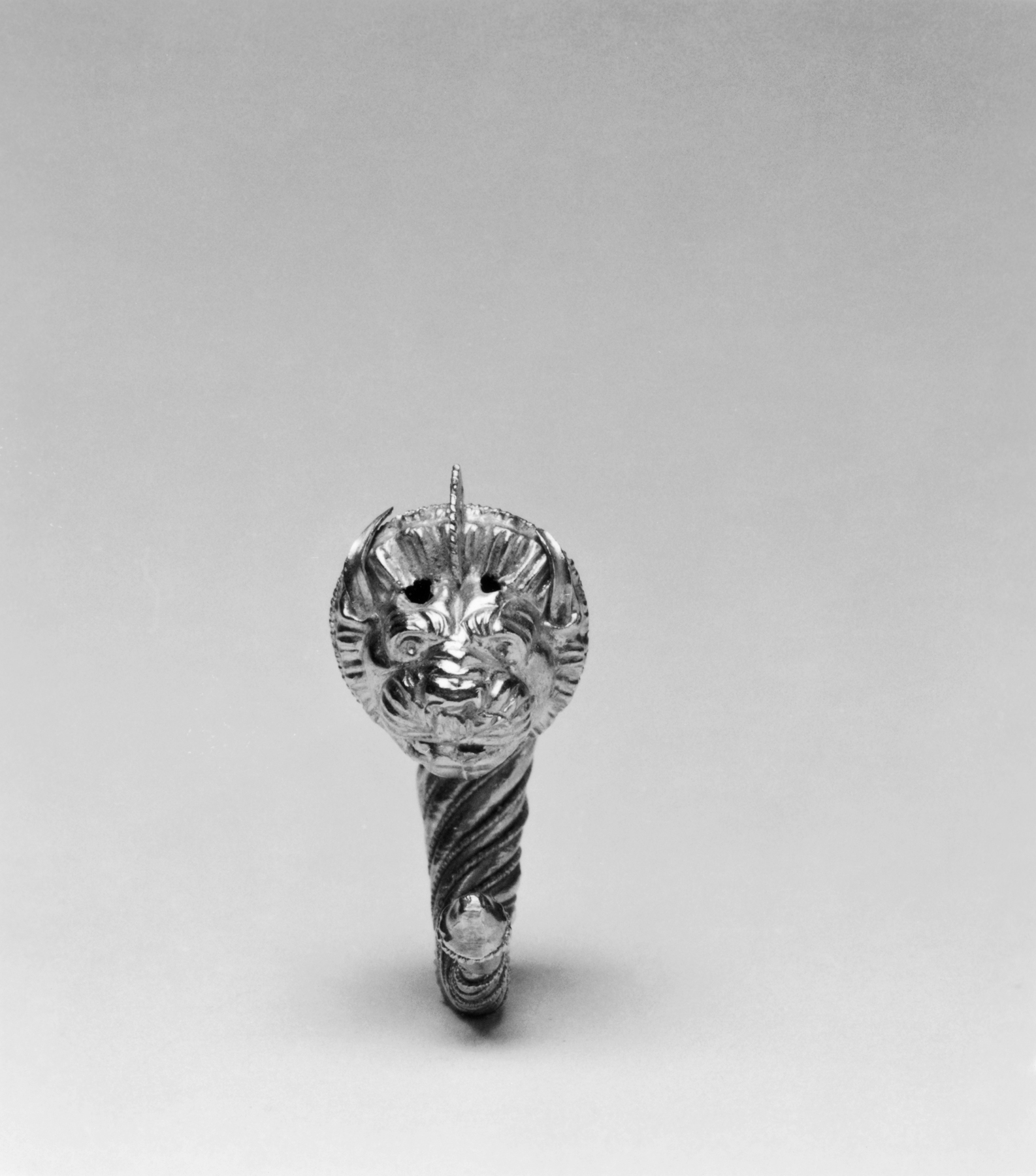 The lion-griffin head is worked in repoussé in two halves, left and right and chased; ears, teeth and crest were separately made and applied. Two holes remain where the griffin horns once were.

Museum purchase with funds provided by the S. & A.P. Fund [formerly part of the Walters Collection], 1943