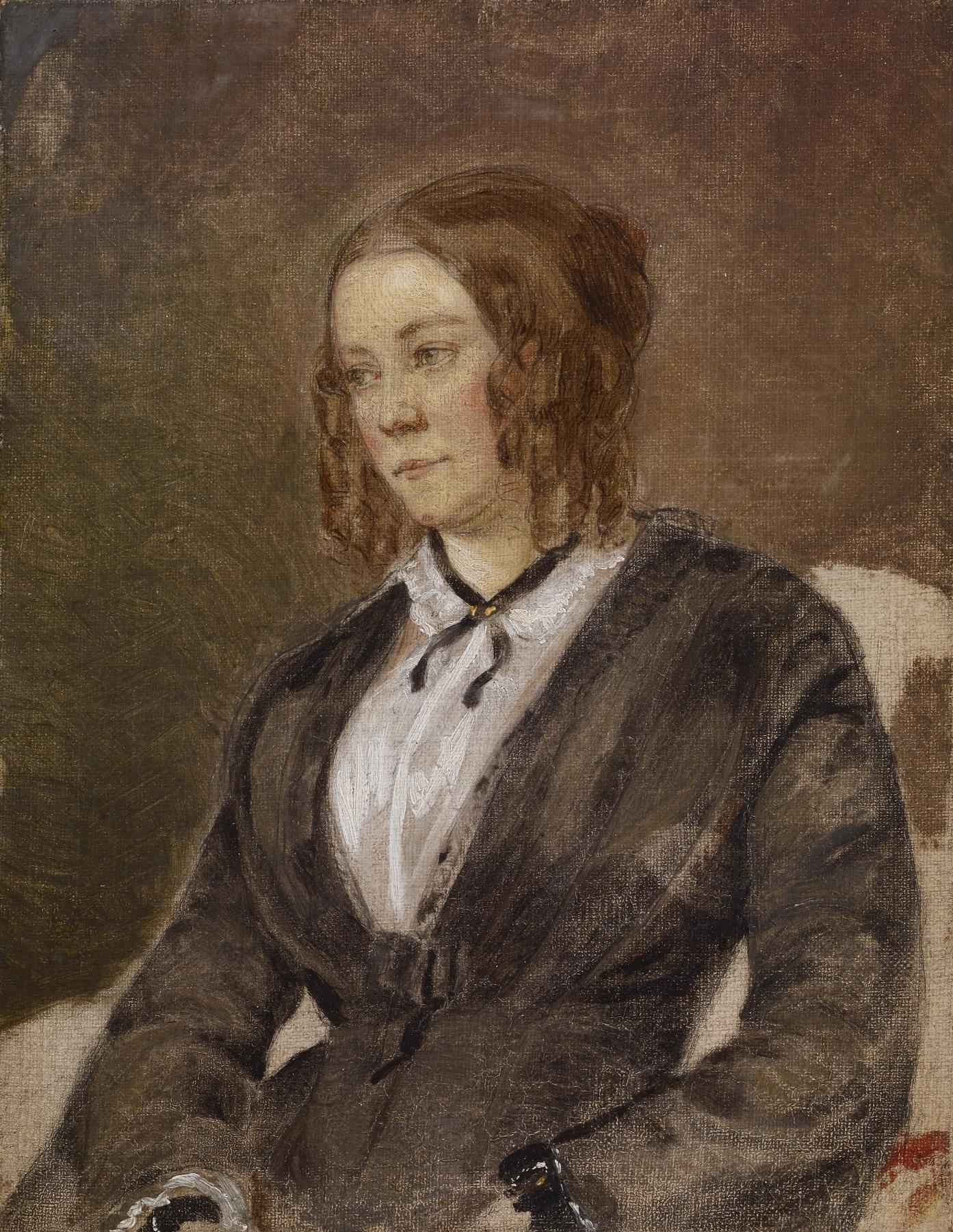 Portrait of a Woman

Depicted in three-quarter length, the subject turns slightly to the left. Her hairstyle, pulled back in a bun with a cascade of corkscrew curls along the side of the head, was fashionable on both sides of the Atlantic and helps date the portrait to the 1840s. Although she demurely directs her eyes downward, there is strength of character in the young woman's clear gaze and determined expression. The subject is not identified, but she resembles the artist's first wife, Mary Theresa Buckler, with whom he had a tempestuous and ultimately failed relationship. As mysterious a figure as her artist husband, traces of her activities and interests can be found in a ledger book that has descended in the Woodville family, in which purchases of black ribbon, lace, and other sundries are interspersed with entries for food, servants' wages, subscription to a musical library, piano rental, and theater tickets.

Under the direction of Wilhelm von Schadow, the Düsseldorf Kunstakademie had elevated the status of portrait painting, and at least fifty artists were listed in that specialty by the 1830s. Their admiration for the work of Raphael is manifest in numerous portraits of beautiful, demure women, defined by their piety, humility, passivity, and introspection. After a brief period of enrollment in the first class of figure drawing at the academy, Woodville became a private pupil of Carl Ferdinand Sohn, who specialized in such idealized portraits of Düsseldorf's political and artistic elite. Sohn's portrait of Mary Buckler Woodville in an historical costume gives expression, through the set of her jaw and firm anchoring of hands to hip, to the subject's strength of will.