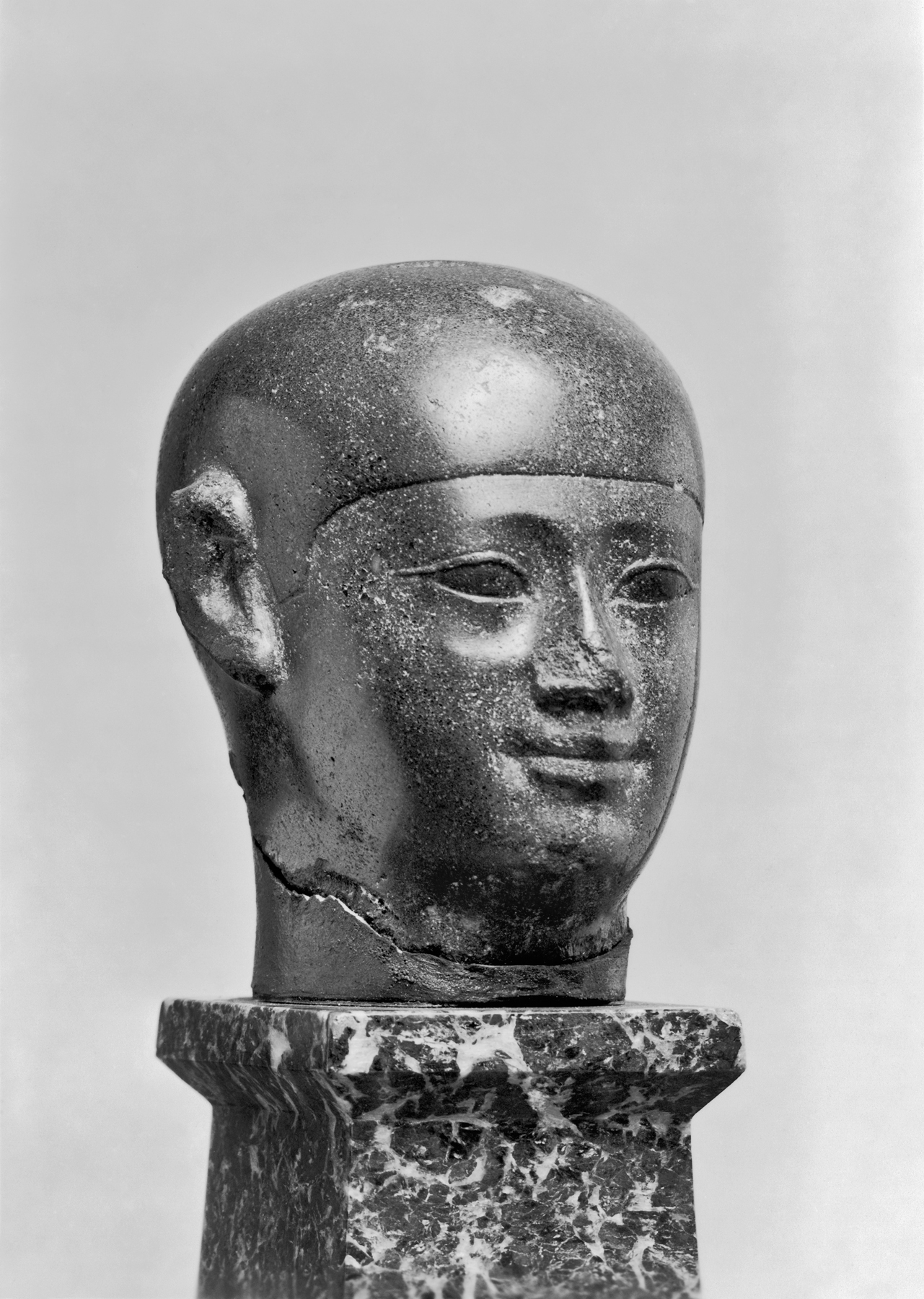 Head of a Man

Images of men during the Ptolemaic Period are either idealized or realistic, showing lines and wrinkles. The so-called realistic images were not individual portraits, but were meant to represent a traditional mature official. This head has a youthful, idealized face with a characteristic half smile.