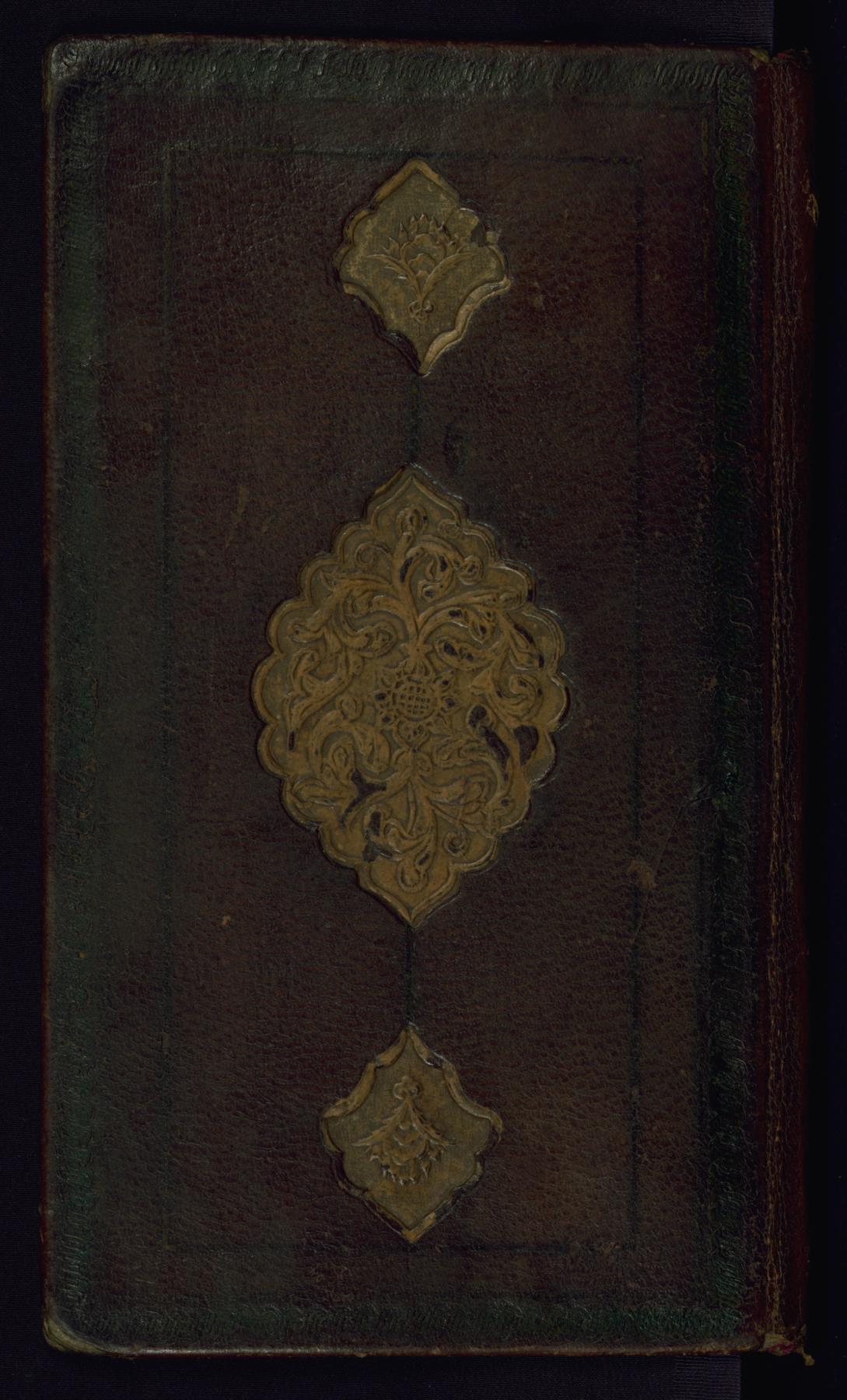 Walters manuscript W.635 is an illuminated and illustrated Collection of poems (divan) by Shams al-Din Muhammad Hafiz al-Shirazi (active 8th century AH/AD 14th), which was produced in India. According to the colophon, the manuscript was completed on the 19th Rajab 1202 (?) AH/AD 1788 (?). It opens with a double-page illuminated incipit (fols. 1b-2a) with headpiece that introduces the preface (dibachah) (fols. 1b-4b), followed by another double-page illuminated incipit with headpiece opening the main text of the Divan (fols. 5b-6a). The codex is decorated throughout with square and rectangular panels, as well as horizontal bands with floral decoration marking the end of odes, quatrains, or series of verses. There are 49 illustrations. The brown leather binding with medallion and pendants is contemporary with the manuscript.