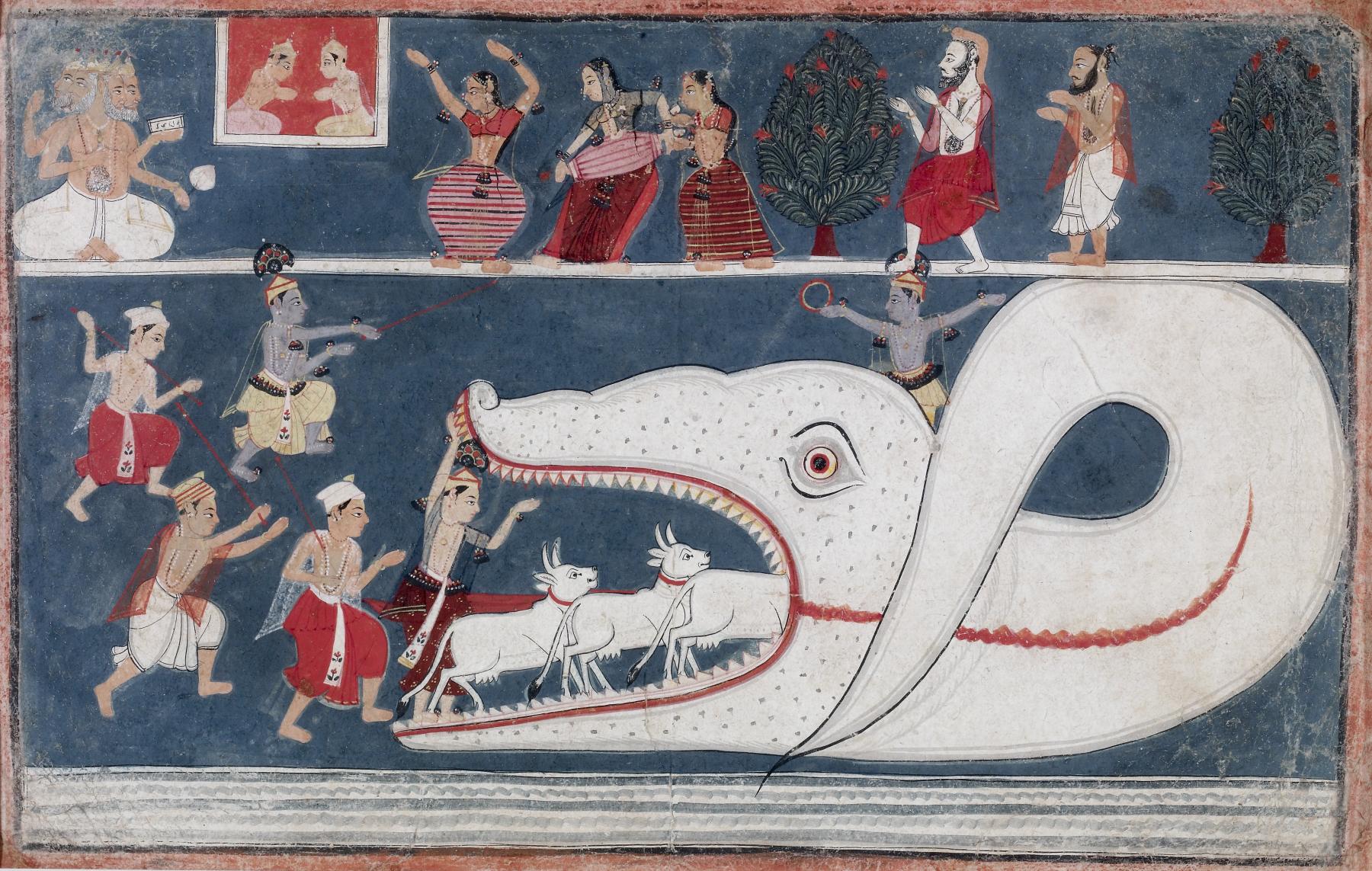 One of the many demons Krishna defeats during his childhood and youth is Aghasura, who assumes the form of an enormous serpent. With Aghasura’s open mouth stretching from the earth to the clouds, the cowherds of Krishna’s village mistake him for a mountain cave, and enter with their cattle. Krishna, recognizing Aghasura for the demon he is, follows them in, then increases his own size, choking the creature and bursting through its skull. Here, the yellow-robed, blue-skinned Krishna is depicted twice: first entering the serpent’s mouth, then victoriously rising from its head. Above, gods and celestial beings celebrate Krishna’s victory.