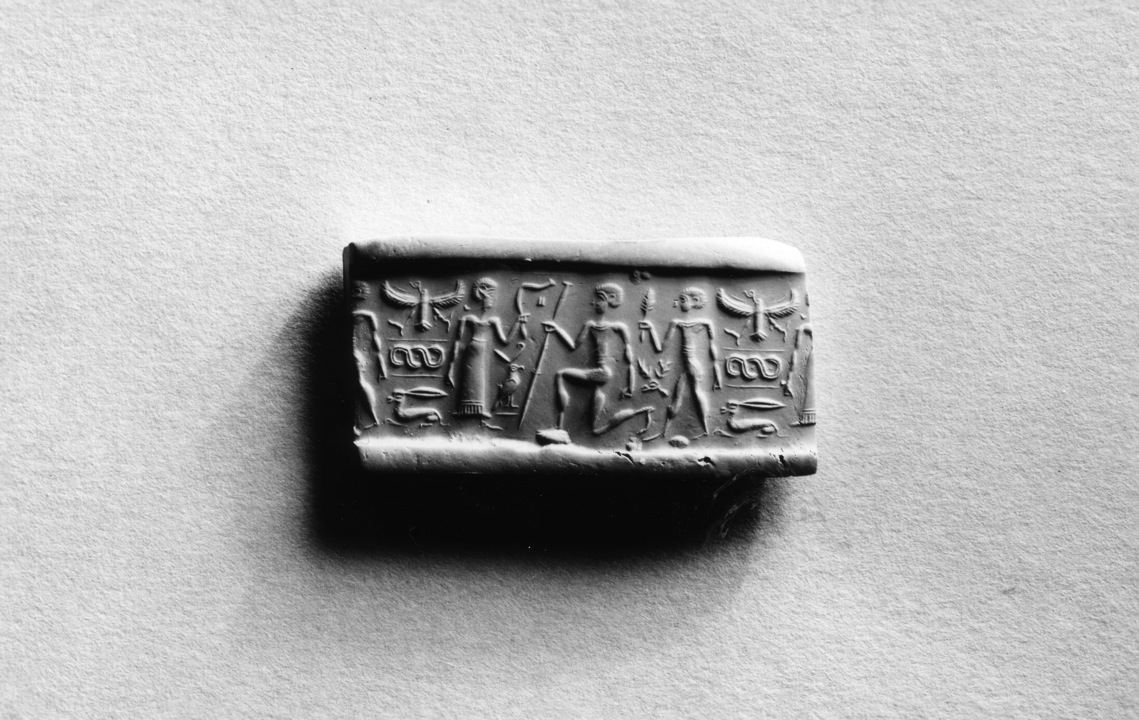 Syrian seals have a diverse range of imagery drawn from Syria, Egypt, Anatolia, and Mesopotamia. This scene includes a standing figure holding a snake facing a kneeling figure with a staff and a standing figure with a feather. The scene is decorated with Egyptian iconography, including a bird, possibly representing Horus the falcon, wearing a the Egyptian double crown. An animal head with antlers is also included. An auxiliary scene depicts an Egyptian vulture, a twisted knot, and a rabbit.