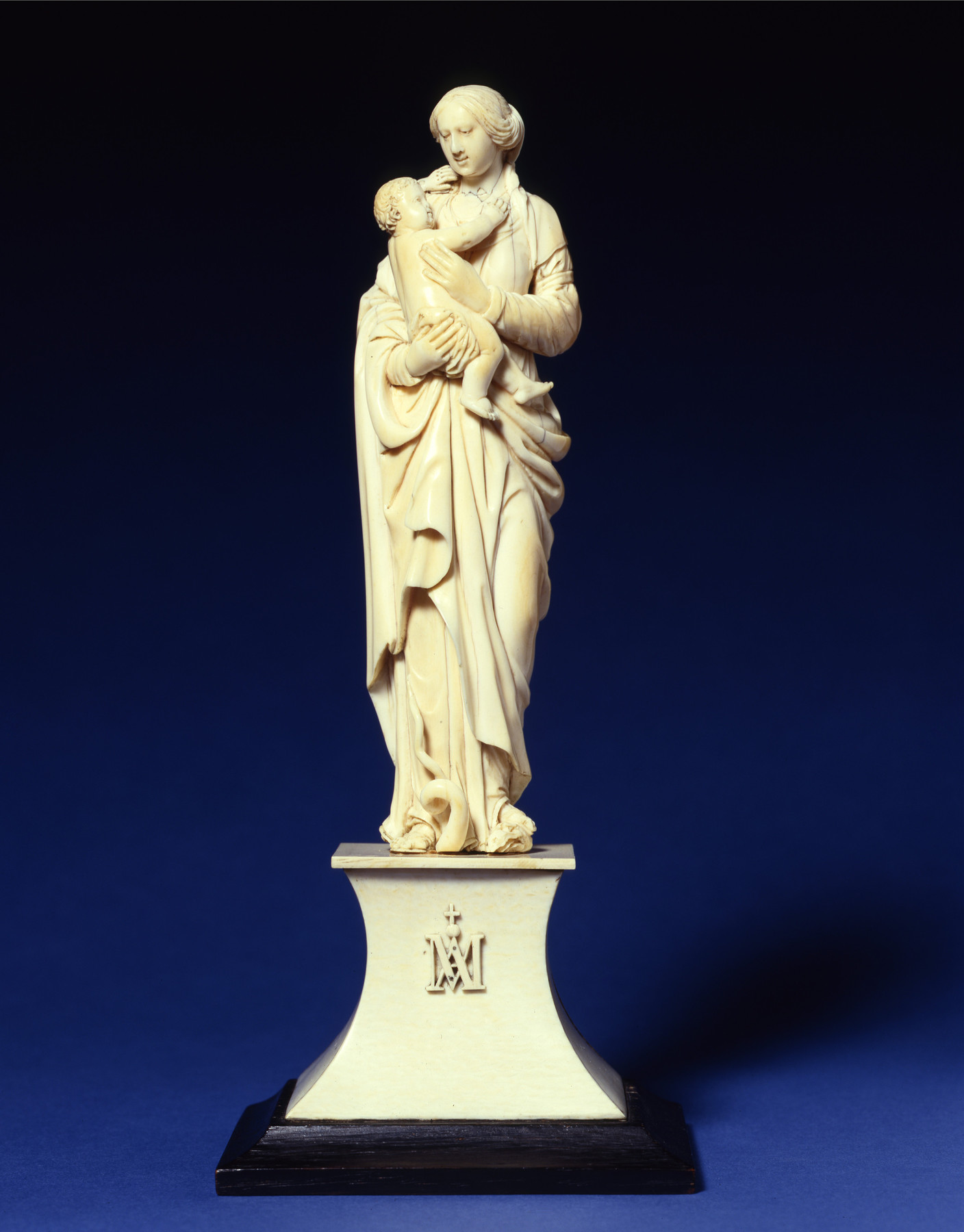 Virgin and Child Treading on a Serpent

Mary stands holding the Christ Child, who reaches up to embrace her. The Madonna's right foot protrudes from beneath her copious drapery, while her left foot rests on the head of a serpent, whose body spirals in front of her. The group is mounted on a rectangular plinth, with curved sides veneered in ivory. On the front is affixed the monogram MA, surmounted by a sphere and cross. The motif of the Madonna treading on a serpent occurred frequently during the 17th century, when the serpent represented heresy. In this context, Mary, as the new Eve, conquers the serpent. The Virgin's neck and right foot have been restored. Christ's left forearm and hand are separate pieces.