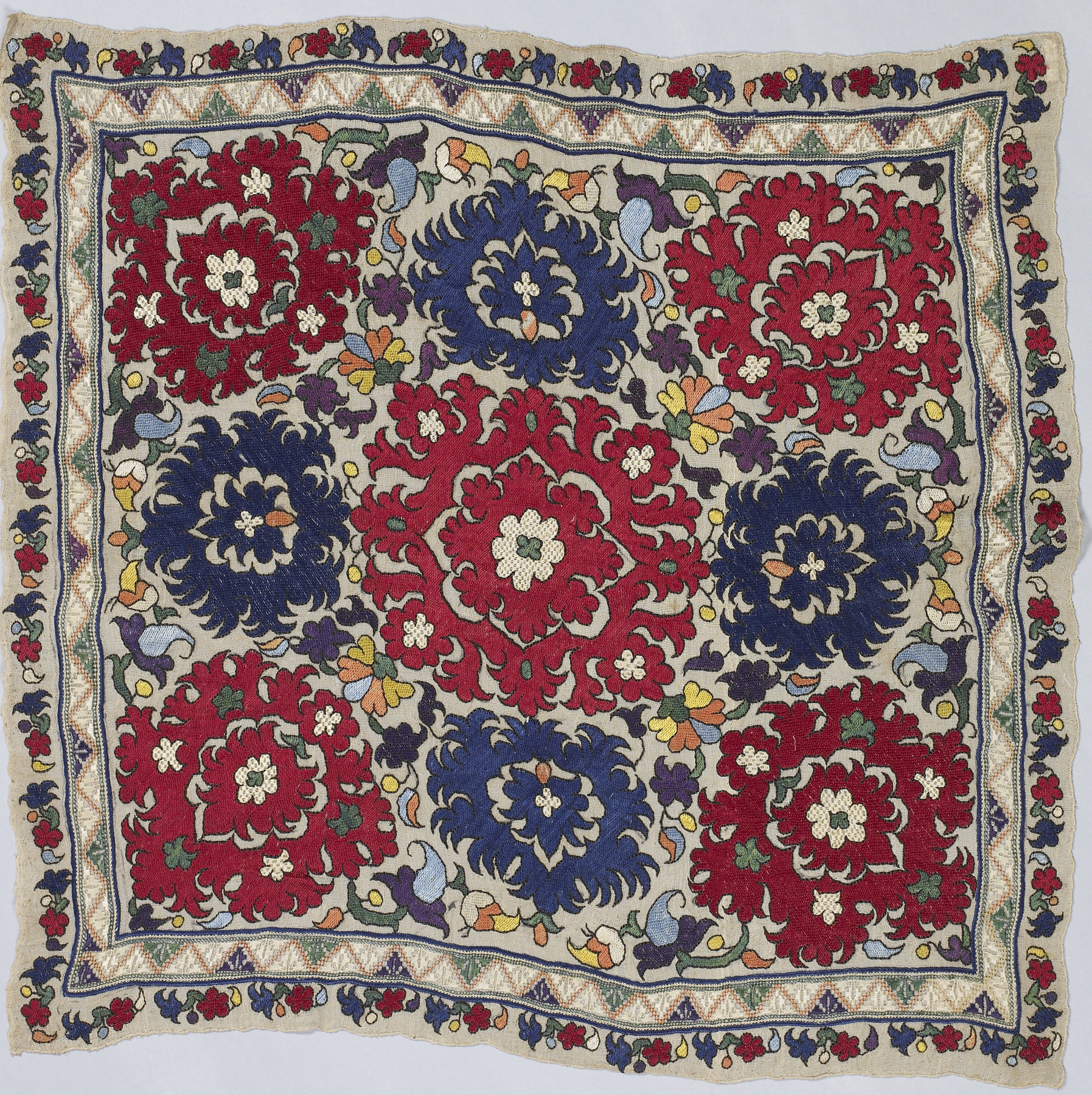 Turbans, the traditional headgear of Muslims in the Ottoman Empire, were removed like hats without being unbound. One would then place them on a shelf and cover them with embroidered cloths as protection from dust and disrespectful treatment. The wearing of turbans was abolished just a few decades after this cover was made: in 1827, Sultan Mahmud II (r. 1808-1839) ordered all male Ottoman subjects, both Christian and Muslim (with the exception of the clergy), to wear red woolen fezzes. Soon thereafter, in 1830, Algeria, previously a semi-autonomous Ottoman province, was invaded by the French.