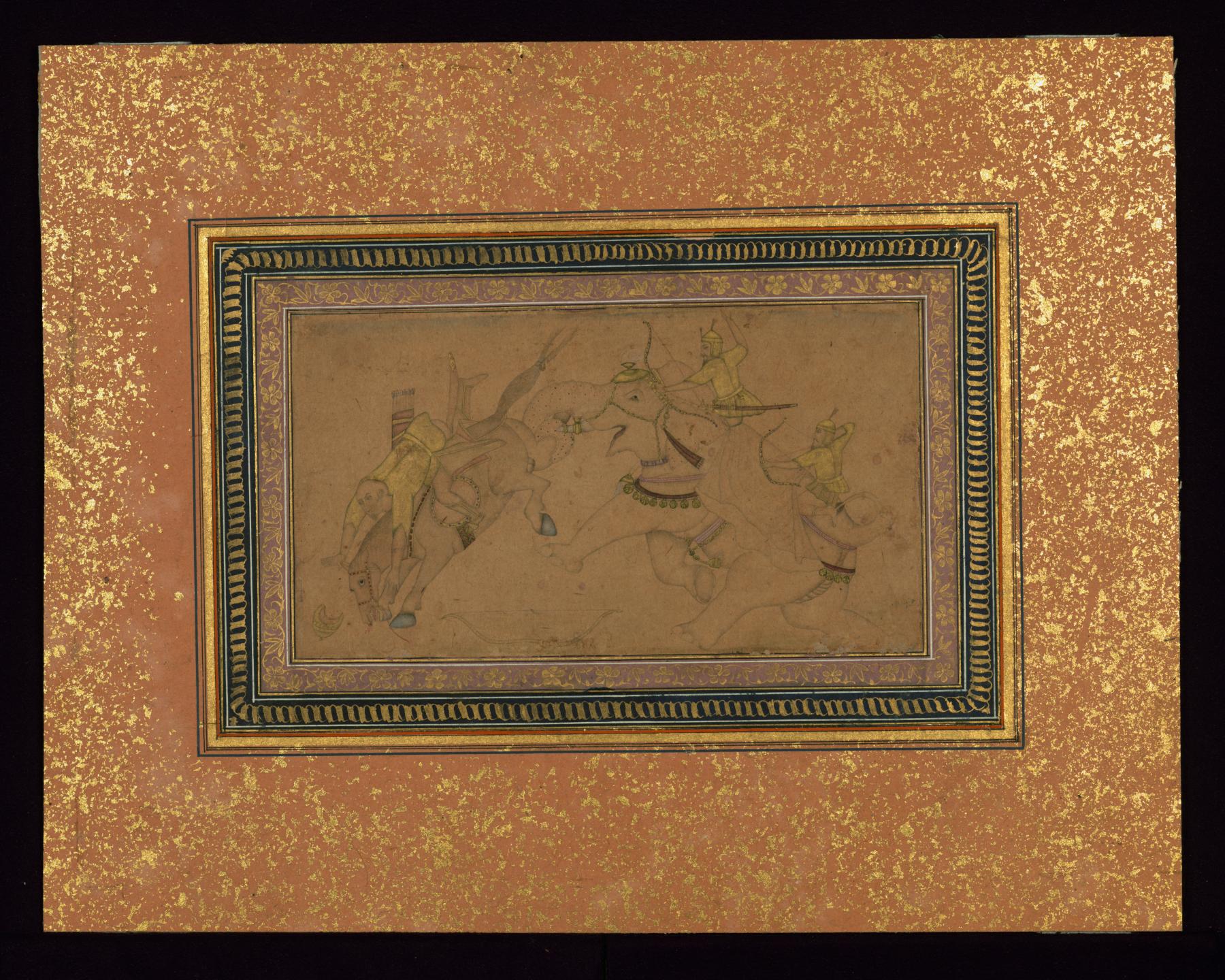 Single Leaf of an Elephant Attacking a Horse and Rider

This single leaf with a color wash and illuminated drawing, Walters W.704, depicts an elephant with two archers attacking a rider on horseback. The attribution in the lower right corner reads "the work of Thakur Das." The image is surrounded by illuminated frames and a border of pink-tinted, gold-sprinkled paper. On the back is an unsigned sample of calligraphy in Nasta'liq script in both Arabic and Persian. 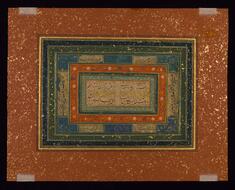 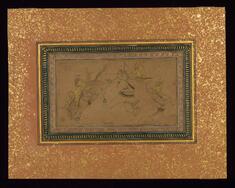 Elephant Attacking a Horse and Rider