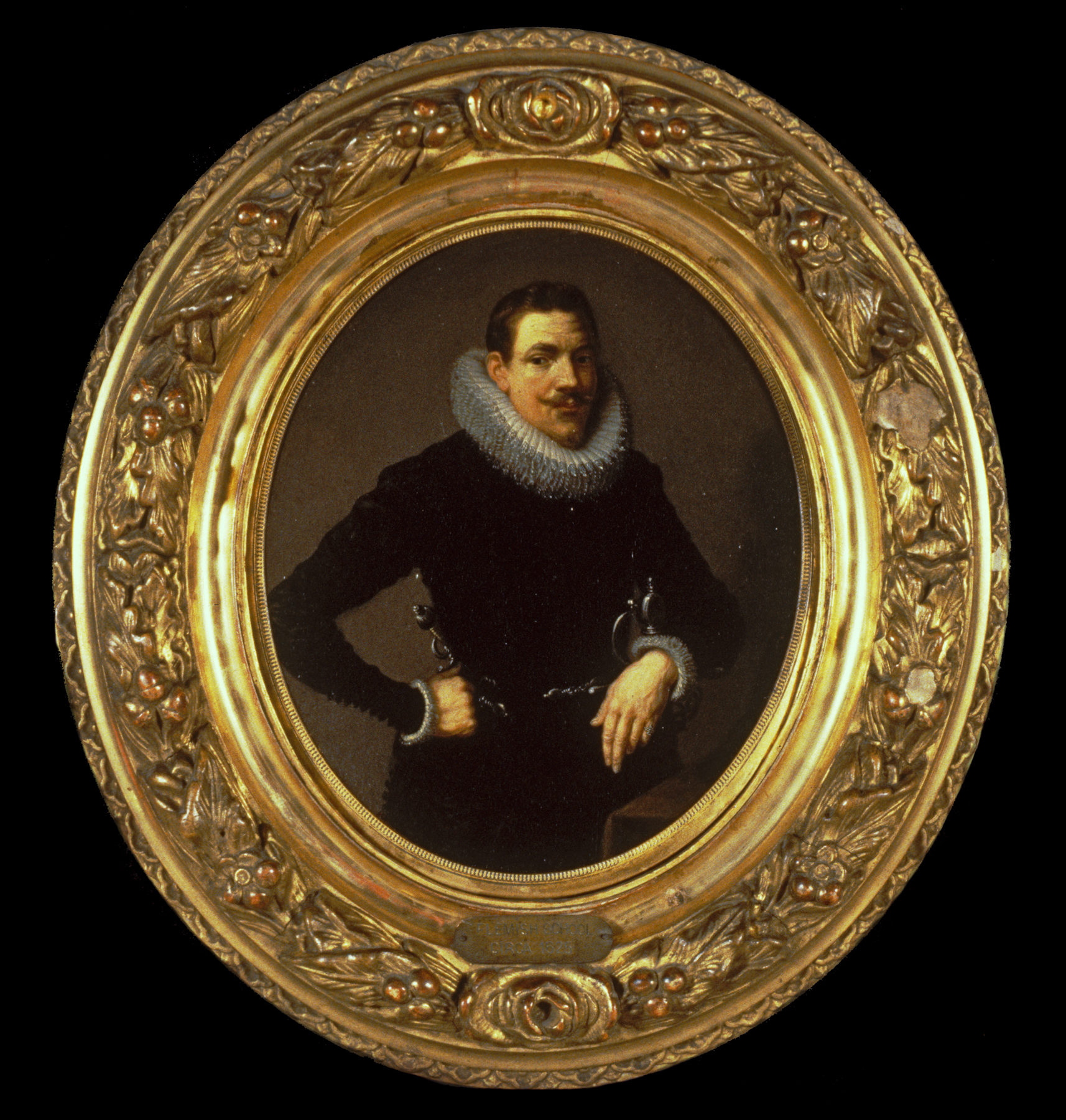 Portrait of a 28-Year-Old Man, Probably from the Snouck Family

This gentleman wears the sober but elegant Spanish-inspired costume of the upper classes in the Southern Netherlands. His alert manner is underlined by the dapper, assertive pose of his hand on his hip. In the preceding decades, many people had emigrated north from the Southern Netherlands. Portraits, especially small ones, often traveled when their subjects could not, keeping those who had remained behind ever before the eyes of those who had sought new lives in the north.
This example can now be shown to be a small, gift-size version of a full-sized portrait (110 x 80 cm. [43 1/2 x 31 1/2 in.]) on oak panel, inscribed AE T. IS. 28. / 1603 (I am 28, 1603) bearing a coat of arms that has been tentatively identified as those of the Snouck family from Ipres and attriubted to the circle of Frans Pourbus the Younger (Sothebys auction, London, 5 December 2013, lot 152). (JS)