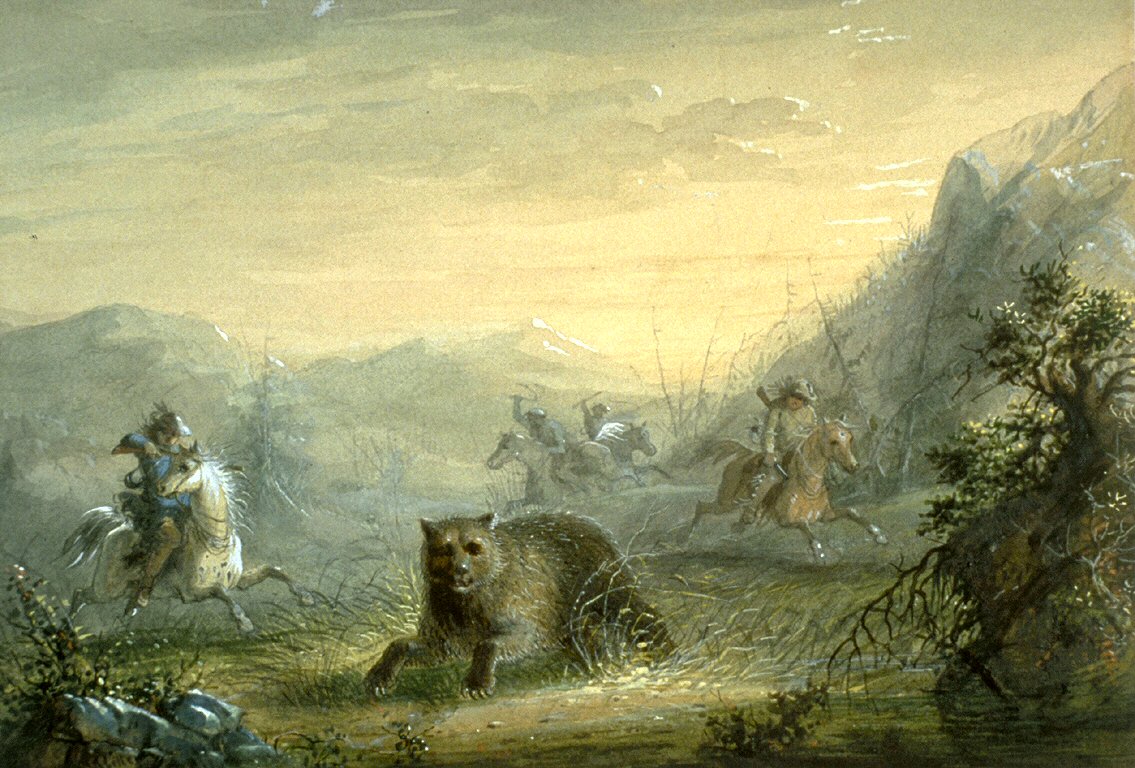 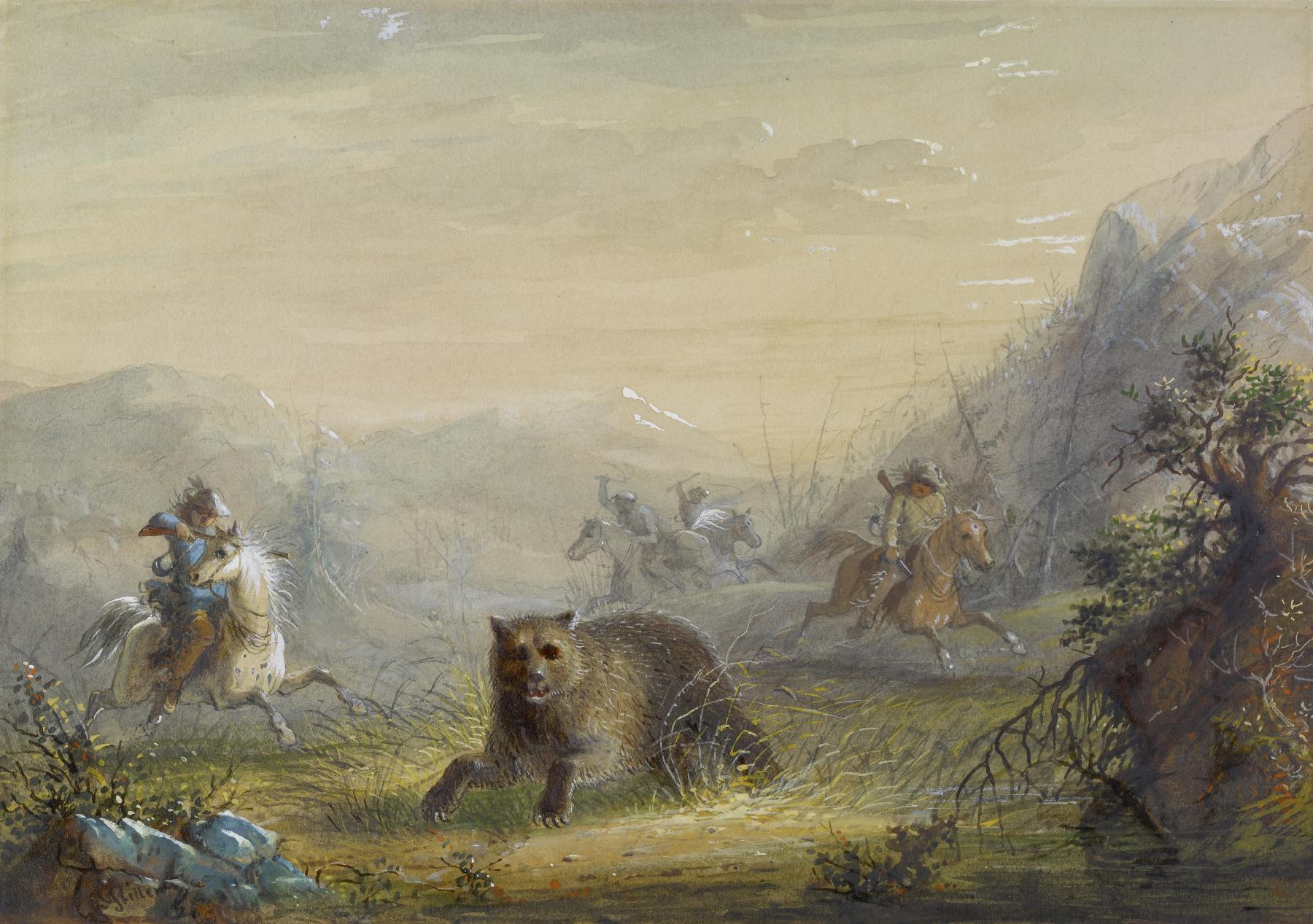 "As the Grizzly bear takes precedence of all his congeners by his enormous weight, power, and ferocious disposition, it is a favorable thing for the hunters that the first impulse of the animal is to escape. Indeed it is a rule with the Indians and white hunters not to attack him without a strong party, and even then not to press him too closely. The season in which they are most dangerous occur either at the time when they mate, suffer from hunger, or when they have cubs,- then it is extremely judicious to let them alone. The hair of the animal is very long towards the Fall of the year, and varies in colour, from grey to dark brown, more or less grizzled by intermixture with grey; when in good condition, they weigh from 1,500 to 1,800 lbs. Trappers and hunters delight to recount at the Camp fire startling adventures with Bruin, to the 'Green-horn' - enforcing at the same time salutary caution to fool-hardy adventurers - touching this fiercest of all animal tribes found in the mountains." A.J. Miller, extracted from "The West of Alfred Jacob Miller" (1837).